There is a wonderful new art exhibition opening this weekend at the Fallbrook Art Center. Titled Transferring Ink III, it is a juried show of prints created and submitted by some very outstanding local and national printmakers.

The show juror is the renowned printmaker and instructor, Ron Pokrasso, who currently resides in Santa Fe. Pokrasso has an MFA from Pratt, with over 40 solo shows and participation in over 150 group shows in his resumé. He has a show within a show at this exhibition with I believe fifteen of his own creations on display.

Pokrasso is giving a workshop this week at the Fallbrook School of the Arts as well, something he does on a near annual basis. The show submission prospectus allowed for many different media techniques but printmaking had to be the major element in each piece of art.

The show consists of a wide variety of printmaking techniques, woodcuts, chine collé, etching, relief, stencil, lithography, serigraphy, monotypes and intaglio among others.

The Blue Heron Gallery has loaned some historic pieces for the exhibition including works by Edouard Manet and Grant Wood.

I co juried the first show and had some input on the second. This show is by far the best to date, just an outstanding body of work. I highly recommend that people with an appreciation for art take the time to visit and see its rich offerings for themselves. The show contains 88 works from 53 artists from across the country including several works by the juror himself. Link to a comprehensive show catalogue here.


I am in my fourth or fifth decade of selling artwork, Forgive me if I don’t give you an exact tally. It is my experience that printmaking is by far the most misunderstood medium in visual art.

I often have to deal with incredulous buyers who don’t understand how for instance, Gene Kloss drypoints and aquatints are often far more pricey and valuable than her oils or watercolors.

You have a job getting the public at large to grasp that prints are created to stand on their own. They are truly the redheaded stepchildren of the art world and deserve better understanding and recognition.

Too many people still equate prints with reproductions, they have a hard time wrapping their collective heads around the concept and notion that these are singular works of art that can sometimes be created in multiples but that fact in itself in no way diminishes their individual power and artistic merit. They are unique creations.

Prints have a long history, they were first pulled in the fifth century in China. The etching was probably first introduced in Germany in the early fifteenth century, lithography in eighteenth century France.

I had a chance to speak with the juror for a few minutes yesterday about his considerations in picking the show and about printmaking in general.

An intense but affable man, Pokrasso said that in selecting works he was not really interested in the already trod pathways of “traditional printmaking.” In fact very few of the selections for this show were multiple editions, a fact that he said pleases him. He said that to him printmaking was merely another tool for creating art, like a brush or stylus. He is, however, very interested in artists developing technical expertise, a proficiency he admits being drawn to.

Pokrasso confided that there was a misconception that being capable of using a press made you a printmaker. He said that in Santa Fe in the eighties there was a monotype boom that he felt partially responsible for and admitted that he had to occasionally cringe when these artists called themselves printmakers.

Mastering complicated printmaking techniques such as the making of aquatints for instance, can take decades and a lifetime of work and study. The printmaker believes that each artist’s intention in approaching a piece is what is truly important.


I include pictures of some of the work that I found most wonderful in my cursory walk through the show. The linocut piece pictured above was particularly strong and appealing. I am told that Radionov is a Russian emigré who now lives in Northridge.


Neal Ambrose-Smith is showing Hi Yo. a large and topical piece that is extremely strong. The Kirk meets John Lydon character stands out under the slightly ironic and possibly tongue and cheek heading, War against War. The sgrafitto in the background evokes Diebenkorn, Steadman and Twombly, at least to my eyes.

If you want to see a show of merit, with an extremely high caliber of submissions, I strongly advise you to visit Transferring Ink III. One of the great things is just how many different techniques and visions were employed by the different artists, all with their own unique perspective. I personally need to spend some quality time in front of these prints as I barely scratched the surface in my first pass.

The show is being held at the Janice Griffiths Gallery at the Fallbrook Art Center. It opens this Saturday the 28th, with a reception from 5 to 7p.m.. Admission is $10 for the public and free to Premier & Friends Level Members. Regular admission is $6.

Hits and Near Misses 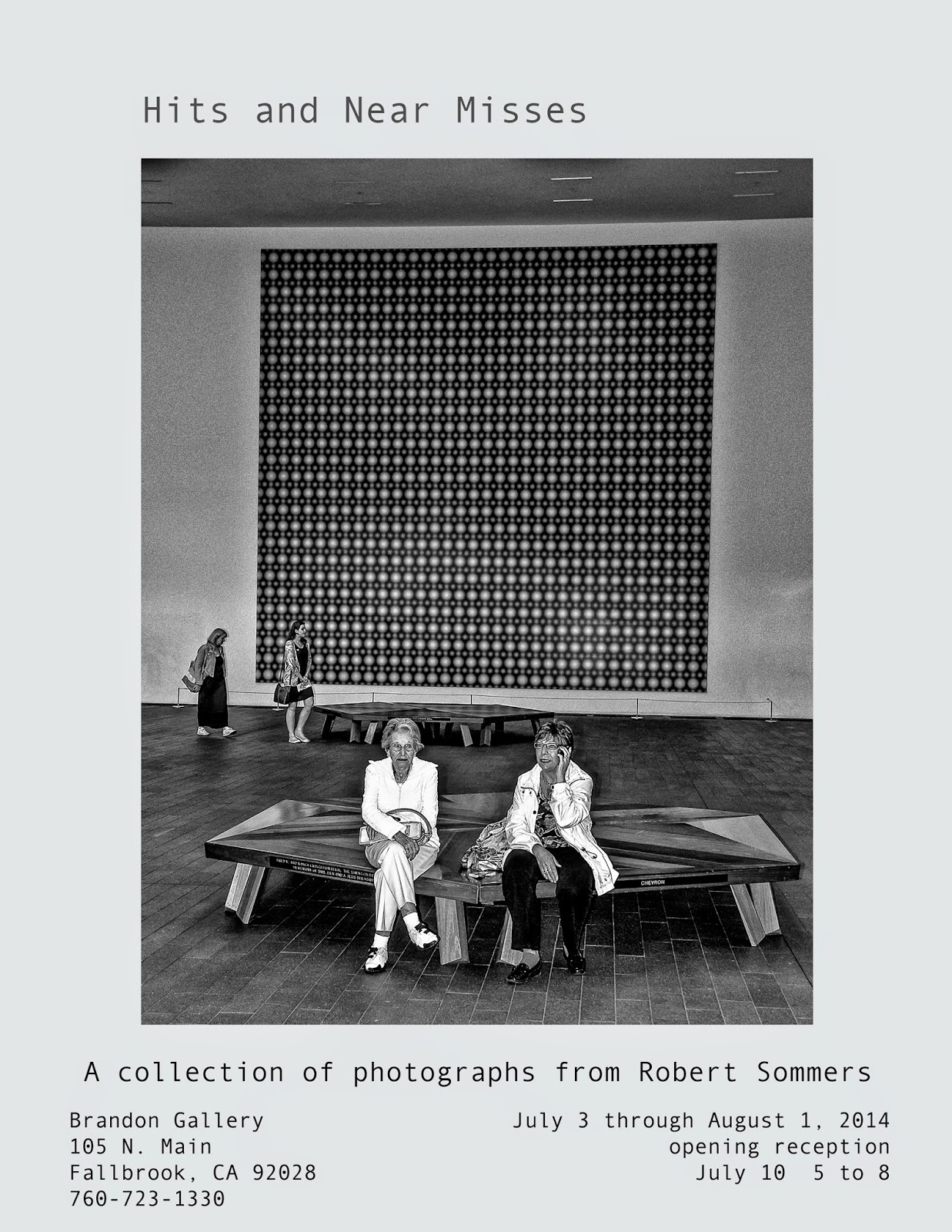 Posted by Blue Heron at 9:44 AM No comments: