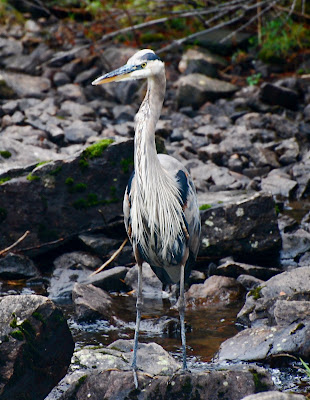 I saw an interesting bird this morning. Reedy thin, with a typically aquiline beak, it is easily identified by its distinctive plumage.

The species tends to nest in familiar places, often sighted in Darian, West Palm and Amagansett as well as Dallas and La Quinta on it's western migration.

I am in Santa Fe, and a wonderful specimen is sitting nary twenty feet from me at the La Fonda Hotel, and I am careful not to startle her with my conscious attention.

You first notice the perfect nails, the short Hyannis haircut pulled sensibly behind the ears and the expensive handbag that must have cost several month's wages.

The female prefers to dress in khaki and light pastels. Jewelry is always gold, never silver and earrings are usually so small as to escape attention. Comfortable flats are another required addition to the finished costume.

Breasts tend to be small or nonexistent on the female. Perhaps the male requires this so that he will not have to devote undue attention to guarding his catch from more aggressive members of his flock. There is very little outward display of sexuality and the partnership tends to dress androgynously.

The male is usually much older and is often buried behind the New York or the Financial Times. Rarely do you ever hear actual communication between the two parties. One may pause to wonder if her role is that of an actual partner or a necessary fashion accessory?

I assume that the avian in question is the second wife in most cases. Plucked from the vigor and full bloom of youth by the male of the species, the female seems to bear the inequity of their comparative libido and age difference with dignity and general acquiescence.

These females tend to seek out male partners who exhibit great intelligence and exude enormous power in their chosen field, often related to politics, money and finance. Alan Greenspan and Henry Kissinger are two examples of the type of mate favored by the distaff member of the dyad, males that while lacking certain physical attributes of other members of the species, offer a heady entree into the corridors of power and second homes in tony ski villages and vacation spots.

Many of the females are exceedingly intelligent. A friend has a sister who has all the aforementioned attributes in chalk. She researched and found that the highest per capita income in the United States belonged to fly fisherman, and diligently pursued the sport. She landed her catch up in Idaho and can now live comfortably in the life style she has long desired.

All relationships promise some kind of deal, please do not think me excessively harsh and critical. A bird may be enraptured with a potential mate's exotic coloration, or the slope of their long spindly legs. An alpha male that has vanquished it's many competitors in life's combat drill must be an intoxicating aphrodisiac to a lone female that desires security for herself and her brood.

These pairs, like snow geese and herons, tend to mate for life. So have some pity and understanding for the young female who suffers silently and stands two steps behind her aging partner. Her life too has been surrendered for the bargain she has made.
Posted by Blue Heron at 1:26 PM