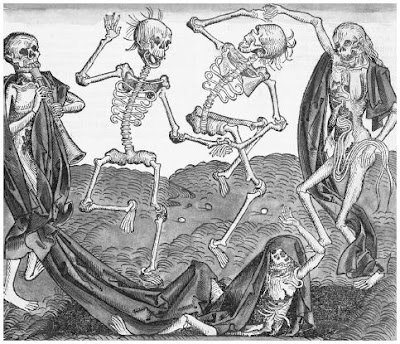 Ever been in a relationship or know people in a marriage or relationship where every word is toxic, every utterance looked at under a microscope for a double meaning or a barbed hook? I have been there (marriage #1)and I can assure you that it is not much fun. Shrinks call the ritual the dark dance. Participants slowly crush each other to death. Hatred becomes palpable.

I think that the country, if I may stretch a metaphor, is in just such a dance. We can not stand each other and there is no central ground for us to meet in agreement. Chris Dodd retired today after thirty years in the Senate and decried the current unprecedented partisanship. Government is at a standstill. We would rather score points bashing each other than find ways for our country to move forward together. Many people in this country can not seem to get over the fact that we elected a mixed race president with a foreign sounding name.

Obama rubs a lot of people the wrong way. I hated his predecessor. Last week Sarah Palin jumped on Michelle Obama for taking a stand against childhood obesity. Inferred that she was overstepping her bounds and interfering with a parent's responsibility to raise children as they saw fit. This is ludicrous to me, the first lady of this country always promoting similar projects for the nation's well being. I don't recall anyone going after Laura Bush for promoting literacy or Lady Bird for beautifying America. Some people just want to be sore. There are an awful lot of fat kids out there and the parents' message obviously ain't getting through.

After both 9/11 and even the first Desert Storm, Americans joined together and supported our presidents, not as republicans and democrats, but as Americans. Overwhelmingly. Things went a little south but there were protracted periods of extraordinary consensus. And both Bush I and Clinton managed to steer through bipartisan legislation.

People don't seem to have personal beliefs about what is right or wrong anymore. Their attitude seems to shift depending on whose team is getting gored. Or they heap blame on the media messenger, either the hated MSM or Fox, the GOP house organ.

I have been monitoring the right wing press and blogosphere in the wake of the Wikileaks fiasco and many right wingers are positively giddy because the Obama Administration gets shown in a negative light. Standing in solidarity with our nation's enemies. They have done everything in their power to neuter the chief executive, both domestically and internationally. It's disgusting, frankly. Pure gotcha politics. A game that they didn't invent but one that has only gotten worse and worse in the past decade.

With the Republican party heading more and more to the right and a timid Obama Administration ineffectively seeking middle ground, I see little hope for improvement in the near term. Of course unemployment benefits are about to run out and it will be interesting to see if the scrooges that will not authorize extensions have a tin ear or not and can keep doling out the tough love.

I don't know what the answer is. Republican moderates have been given the message that they are in the tea party's gunsights and better not compromise. Looks like another stalemate.

I think that with such an even split among us americans, the thought that the undecided middle will veer to one side or the other is simply a pipe dream. We can only expect more and more paralysis unless we can find a way to work together and listen to each other respectfully, once again. Until then, expect things to stay more of the same.

I didn't know it was called that but it certainly is fitting. My mother and father had that kind of relationship. It infected everything. Destroyed any hope of peace or happiness.

That kind of mentality has been in politics since I can remember (Mom voted for JFK, Dad voted for Nixon and they argued about it constantly.) Now, with the viciousness of the 24 hour cable news cycle combined with the speed in which hatred spreads over the internet it seems as if we have lost all hope for compromise.

Change you can believe in was more of the same, Sister Sarah is a whack job and George Bush is on a book tour. There is no hope.

The country has been taken over by mindless lemmings that follow one party or one church or one talk show host or whatever.

There is no hope for World Peace when a United States President cannot negotiate a nuclear arms treaty because senators like Jon Kyle block START for economic reasons.
Kyle is protecting his lobby money buddies uranium mining in Northern Arizona.
Last summer I went to a Havasupai Indian protest against Uranium mining at at Red Butte, 5 miles down a dirt road off AZ Highway 67 and was ran off the road by an angry uranium miner. Red Butte is a sacred mountain to the Supai's. Never mind, McCain and Jon Kyle have backed the mining, even though scientist say it will contaminate the water and blow radioactive dust into the air at the Grand Canyon.
Sarah Palin said she does not read books or magazines but prefers getting her information from TV. Of course! FOX news, perfect for lazy uniformed people and the signer of her million dollar book deals, perfect for the right wingers who dare get info from a book [sic]. Over the years Faux has slowly brainwashed couch patatoes into becoming the tea party, believing bullies like O'Reilly and clown prince Beck, Hannity Insanity, along with all the bubbleheaded blonds and corporate paid commentators. Don't forget fake leftie setups like Colmes and Juan Williams.
It's really simple to see that Obama gets in the way of corporate profits. So if you think the first two years of his term have been bad, you ain't seen nutin yet. The GOP is going to starve America for another 2 years as punishment for electing a runaway slave from Kenya who gets in thier way. Green power gets in the way of coal, oil and uranium. Peace gets in the way of Boing, Convair and Lockhead, and Dow and Monsanto. Equal rights get in the way of Wasp country clubs. Fair taxes get in the way of beachfront mansions and mountain chalets.
What a simple plan, get Sarah to rile up housewifes and organize the right to fight the left by organizing idiots on SS and Medicare worrying about being taxed if they make 250K.Never mind sarah receives 100K per tea party speech by Dick Armey. Ever wonder how Lush Bimbo can make 40 mil with shoeshine and notebook sponcers?...Corporate America, the same ones who are blocking START.
Hatred runs deep when your enemy has lots of money, wants more and could care less about peace and justice for the rest of the World.

Although FOX and MSNBC are polar opposites when it come to political views their goals are one and the same... Fuel the flames of hatred against the opposing party while keeping ratings high and making lots and lots of money. Don't kid yourself by thinking that one is any better then the other just because you happen to be such an open minded liberal that knows how to read.

I'm am with you on the blond thing though. Especially that Megyn Kelly gal. What a bimbo. I was so surprised to find out that the bubble-head actually graduated from law school, passed the bar and became a lawyer. She must have slept with her professors. WOW... why would FOX hire someone like that?

Also... Thanks for supporting the Havasupai Indian tribe thing. I've both camped and stayed at the Lodge in Supai numerous times over the years and it's my favorite place in the whole world. God Bless you for that.

The electorate is in panic mode, just voting for any crazy old coot or ditzy twat who says the right talking points or looks the part.

"crazy old coots and ditzy twats"- for me this is polarizing rhetoric, which makes any consensus or compromise on the issues difficult; the notion of civil tongue, not to mention a loyal opposition, is so passe it seems.

"Ditzy twat"? "DITZY TWAT"??!! I love that word! "TWAT". I wish people used it more in their everyday conversations. Especially at dinner parties or fund raising events. I know I'm gonna start using it more. I think I'll use it to replace the word "CLUNGE".

i rest my case and throw myself on the mercy of the court of public opinion.

I am not sure who the anonymous person was that felt the need to address Madame Palin in such a crude vernacular but I do not feel right censoring the blast readership except in the most extreme circumstances. Sorry that you are uncomfortable Grumps, but the shoe pretty much fits. Just not my choice of words.

Woids are my meat & potatoes.

the giver of indecorous appelations,

Pretty nice post. I just stumbled upon your blog and wanted to say that I have really enjoyed browsing your blog posts. In any case I’ll be subscribing to your feed and I hope you write again soon!