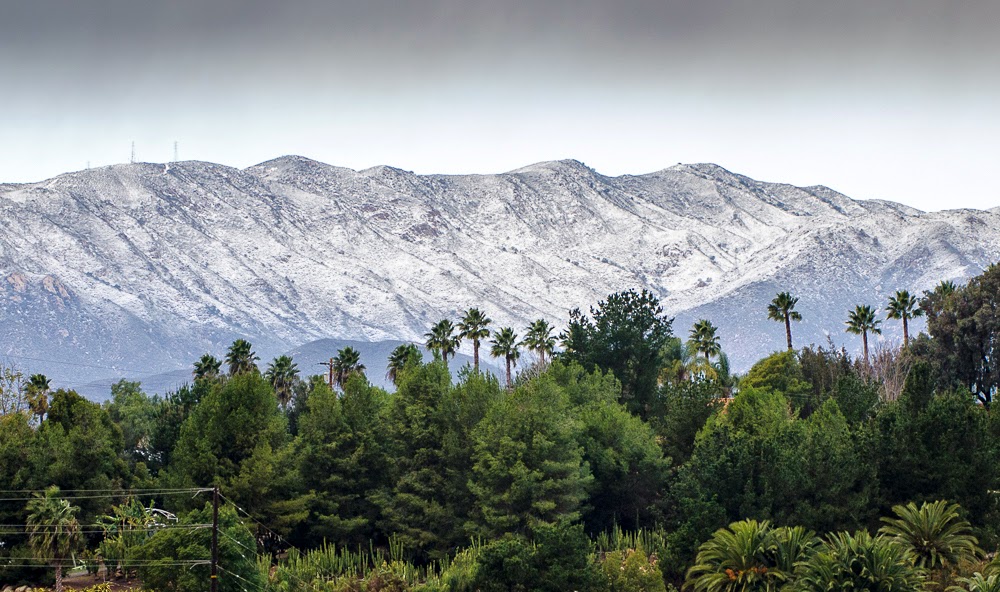 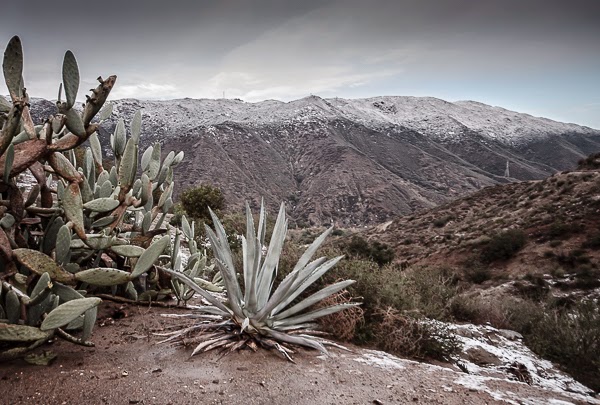 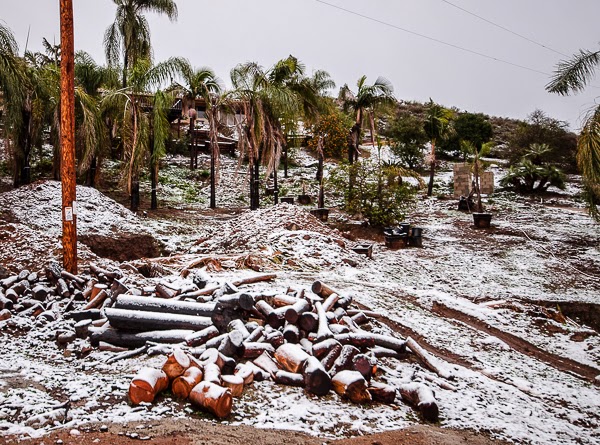 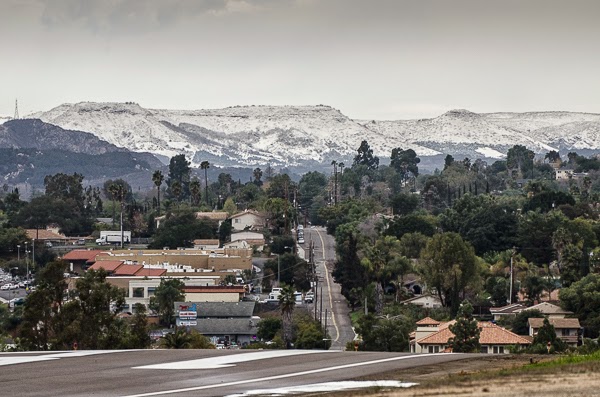 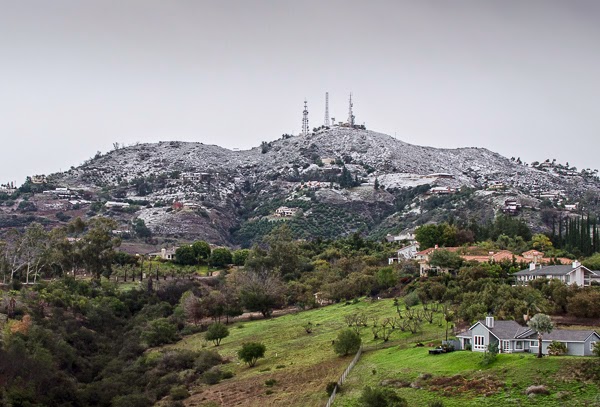 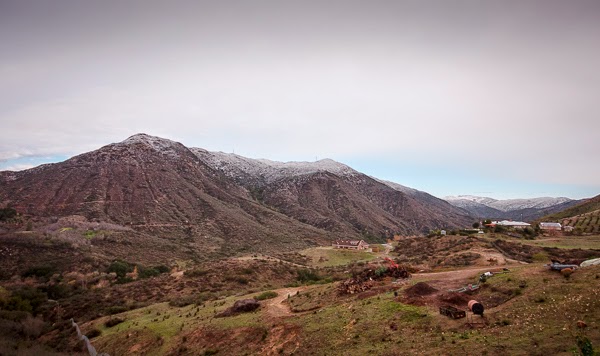 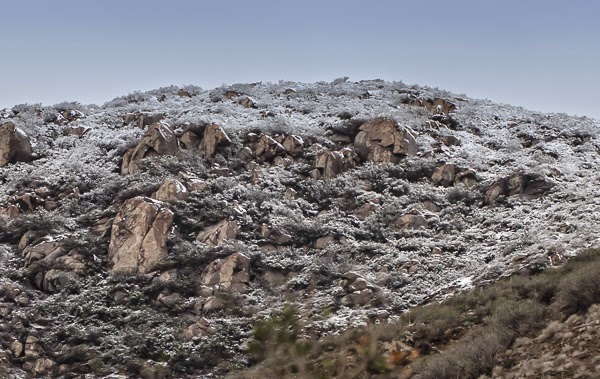 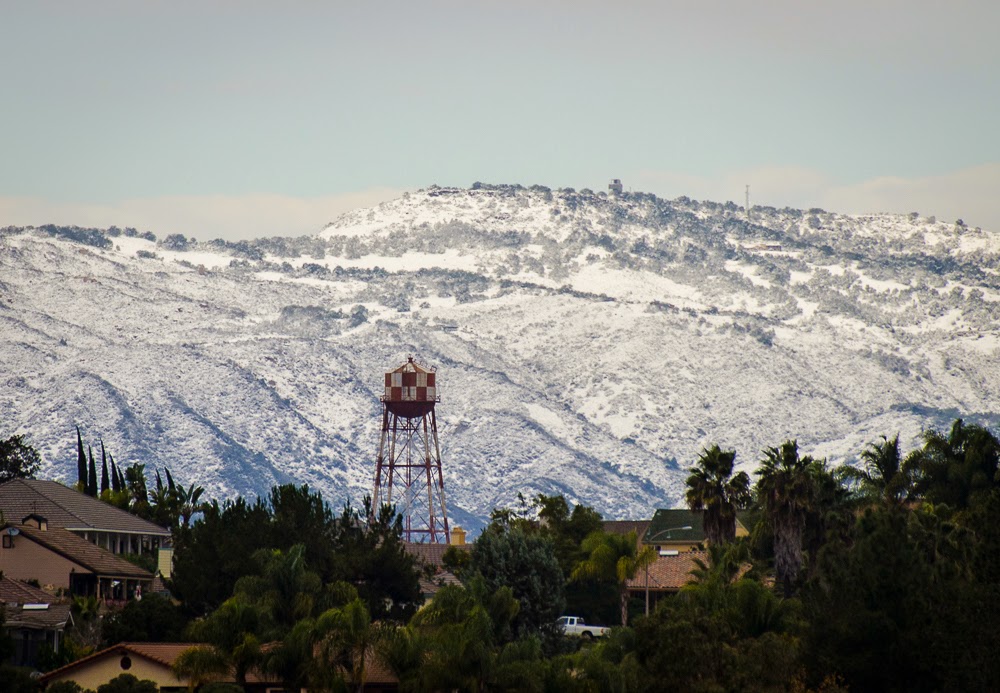 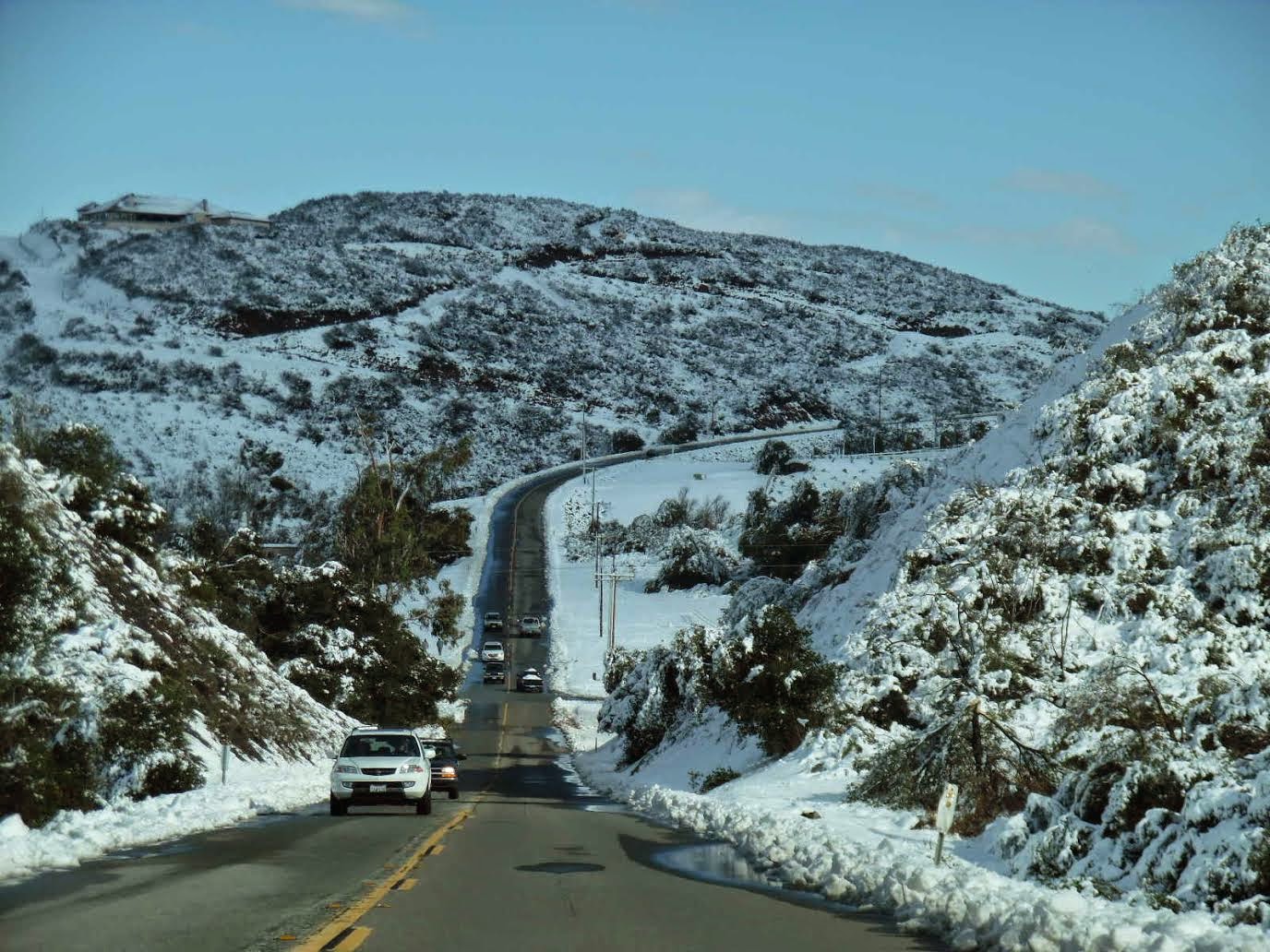 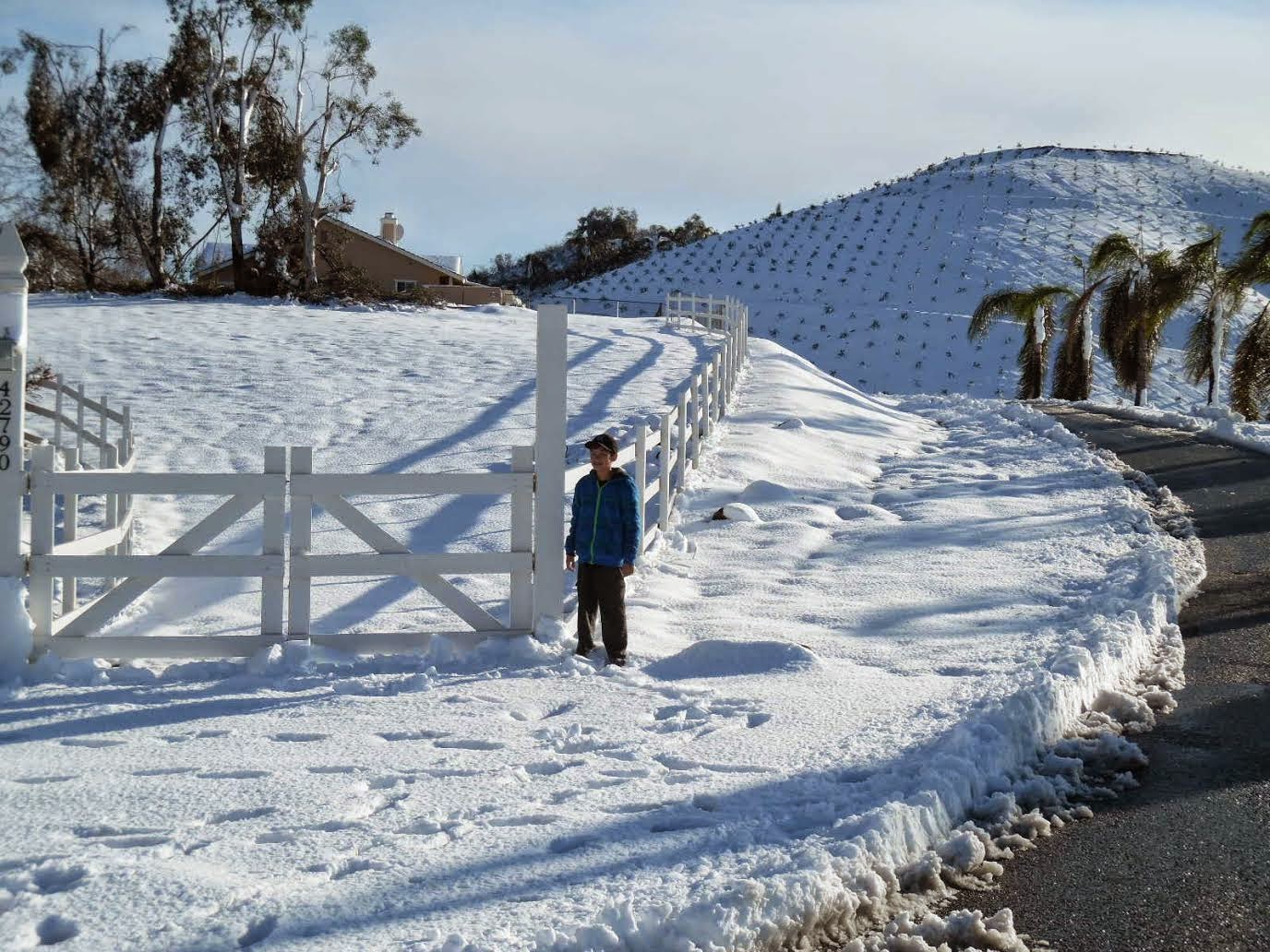 It was snowing this morning on the floor of the Temecula Valley. I just drove up to the top of of Rancho California Road. It looks more like San Jacinto mountain. Looking south across La Cresta towards Fallbrook I saw whole groves of avocado & orange trees snapped in half by the weight of the snow.