Senator Tom Coburn has used the funding of the Grateful Dead Archive project as an illustration of government waste in America. His annual oversight report on government spending, known as "Wastebook 2010: A Guide to Some of the Most Wasteful Government Spending of 2010" lambastes the earmark.

A $615,000 federal grant to University of California Santa Cruz to digitize the Grateful Dead archive was listed at No. 4 in the report that identifies 100 examples of "wasteful" spending.

On a certain level I totally agree. If I had my druthers the first responsibility for spending would be helping feed hungry people, the second keeping them warm. But I think that an archive to a great american institution like the Dead is certainly preferable to say, paying Goldman Sachs 100 cents on the dollar (12.6 billion dollars) in retiring AIG's debt or buying a bunch of napalm or something like that. (Cost - war in Afghanistan - 377 billion dollars.) We set aside 250 million dollars for abstinence education funding last year. Like that's not pissing money away.

By these standards the money for the Grateful Dead archive is pretty paltry, a mere $615,000.00.  I started looking into the archive and found this information in the Calgary Sun:

The UCSC Grateful Dead Archive, announced in 2008, is an extensive collection of thousands of pictures, documents and pieces of memorabilia. The archive also contains band member journals, paraphernalia related to the band's extensive social network of devoted fans and the group's highly unusual and successful business ventures.
"The archive is of interest to a great deal of people," said Virginia Steel, UCSC librarian. "There is a lot of scholarly interest in the Grateful Dead, whether it's studying the significant role that they played in our culture and society, or their management and how they ran the business."
The grant from the federal Institute for Museum and Library Services was awarded to UCSC so they could use the Grateful Dead Archive to work on a new, innovative, "socially constructed" archiving system.
"The goal of the whole project is to advance archival practice," Steel said. "The goal is not the digitization of the Grateful Dead Archive, but to create a socially constructed archive which allows individuals access to material. Then people can help in the identification of materials and also upload their own relevant materials."
UCSC was one of 51 institutions nationwide that received National Leadership Grants from the IMLS this year totaling nearly $18 million. The UCSC archive initiative was given the special distinction of a "National Leadership Project" by the institute.
The IMLS is the primary source of federal support for the nation's 123,000 libraries and 17,500 museums, and has a stated mission to create strong libraries and museums that connect people to information and ideas.


So if we take the nice librarian at her word, this isn't just about chronicling wacked out hippies doing bong hits in the parking lot, we are actually furthering (excuse the pun) archival practice as we know it. Damn it. Again from the Calgary Sun:


Steel says the focus should be on the benefits of the new archiving system, and not the Grateful Dead project specifically.
"The digital archive will have significance in the way it changes how people can view the materials and interact with them," she said. "We are always trying to think about what's best for the public, and how to share the material. Whether it was digitized or not, the archive would be free and public. That is what a library at a public university does." 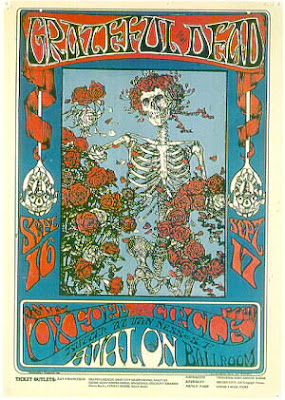 I also have another angle on the whole business. In the United States we spend literally millions of dollars subsidizing the archaic arts like ballet, opera and classical music every year. Arts primarily appreciated by the patrician aristocracy, folks who can certainly afford to subsidize their fancies out of their own pockets. Arts that would be deader than the Grateful Dead the second they got off the public tit. I know I am beginning to sound like a populist again but try walking into the opera in a tie die and blue jeans. Major opprobrium. Now if you wanted to go to a dead show in a tux, we would make room for you in our big tent, actually saw it happen on several occasions.

But the aforementioned arts, which are subsidized to the hilt, serve a class purpose, they are actually designed to keep out the riff raff like me and to give their patrons the feelings that they do indeed belong to a privileged and most discriminating sect. I read up a bit on the NEA today. They doled out about 167 million bucks last year. An opera house in Billings Montana. Funded a bunch of theaters for some guy named Shakespeare. Why can't we have a bite of the kind veggie burrito? It's our turn. Roll over Beethoven and tell Tchaikovsky the news, you know what I mean?

Coburn released this statement: Grateful Dead chose a public institution to archive the band's memorabilia "because the whole idea of it being public and free was important to them," yet taxpayers are paying $615,000 to make the band's archives 'free" and "public" .... Rolling Stone magazine listed the Grateful Dead in the top "100 Greatest Artists of All Time," and estimates place the net worth of two prominent band members, Jerry Garcia and Phil Lesh, at roughly $40 and $35 million, respectively. 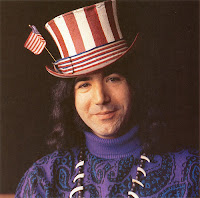 Uh Tom, just a note - Jerry died about fifteen years ago. The psychedelic explosion in America is definitely worth archiving. If we actually make our way into the future, I can see 22nd century anthropologists poring over this stuff with a magnifying lens and a fine tooth hair separation device. The conquest of inner space will take it's place next to John Glenn and Alan Shepherd in the annals of history. While you were studying and holding down jobs, we were changing the course of civilization as we know it. And you are sore because you missed the party so you are going to continue to be an asshole for the rest of your life.

By the way the two progressive proof Grateful Dead posters shown on top are very rare pieces from my collection. Probably one of a kind. They are from the Texas artist Jack "Jaxon" Jackson. AOR 2.25 Avalon Ballroom - 1969.
Posted by Blue Heron at 2:15 PM

Let all the rich Deadheads pay for it.

Is Anonymous talking about our friend, Robert??

Coburn is the one who was obstructing the 9/11 responders bill... he blinked when the 9/11 victims stood up to him. He's a peach!!