I hadn't driven to Houston in years, well it's all on the blog, somewhere anyway. Last time out I was fighting cancer and sporting a stint 'tween bladder and kidney that caused the most constant and excruciating pain I have ever experienced in my entire life.

The doc now says he never should have let me go but that's water over the bridge at this point. Drove to Miami and back.

Five years ago. The trip was miserable and I wasn't exactly eager for a repeat. Funny thing when you get sick and have felt bad somewhere, that place can scare you forever.

I drove to Phoenix the first day to pick up some paintings from Steve. Weather was pleasant, never broke 107º. Almost that warm in Fallbrook.

We had a nice dinner at their friend's house. Ham and mushroom crepes, asparagus and a pecan chocolate pie with the best flaky homemade crust I have ever tasted.

I took off early the next morning. It would be a long day. I had a lot of miles to cover, two days to get to Houston, a city located in a god forsaken state that tends to go on forever.  I rarely take the Interstate 10 these days but drove it a lot as a kid as a passenger shuttling between San Diego and El Paso, the respective homes of my divorced parents and I at different times in our lives.

The area past Tucson was really pretty, greener than I remember in the Chiricahua pass area, following the old Butterfield Stage route. Read on a sign at a rest stop about Cochise and Geronimo, the latter hated Mexicans for committing some mortal wrong to his family and spent a fair amount of time hunting them down.

Read something else recently about navajos holding similar feelings towards their neighbors to the south, wouldn't wear clothes that might cause them to be mistaken for mex.

I crossed into New Mexico, starting to roll along, it was twoish and decided to have lunch in Lordsburg, not a great choice, a shitty western steakhouse that sold me an overpriced t-bone, fatty and gristly, accompanied by watery and tasteless corn kernels that obviously came out of an industrial sized can. A mound of ugly butter and sour cream supposedly hid a baked potato. I ate what I could stomach and scrammed. I had a lot of miles to cover.

Not a lot to report. I approached Las Cruces and the sight of the Franklin Mountains of my youth and felt a twinge of nostalgia. My stepfather, who did some things to us boys that would make Adrian Peterson blush, worked at nearby White Sands when I was a kid. We lived in an old adobe in Las Cruces with glass shards atop the parapet walls.

We would occasionally tour the cotton fields and nut farms in the area and the New Mexico dust was firmly planted in our psyches forever. I wistfully drove past the old towns of Mesilla and Anthony, wishing that I had time to stop but I could not.

There are 347 miles between Fallbrook and Phoenix, 1513 to Houston. The 771 miles to El Paso meant that I was nearly exactly half done with my trip and I had already burned most of two days. I would have to put the hammer down.

El Paso is so ungodly ugly now, I lived there 1964 through 1968 and don't remember it ever looking so shabby. The rain was starting to fall pretty hard and I was caught in miserable traffic. I finally made it through town and made my way down the road to Van Horn about two hours later. 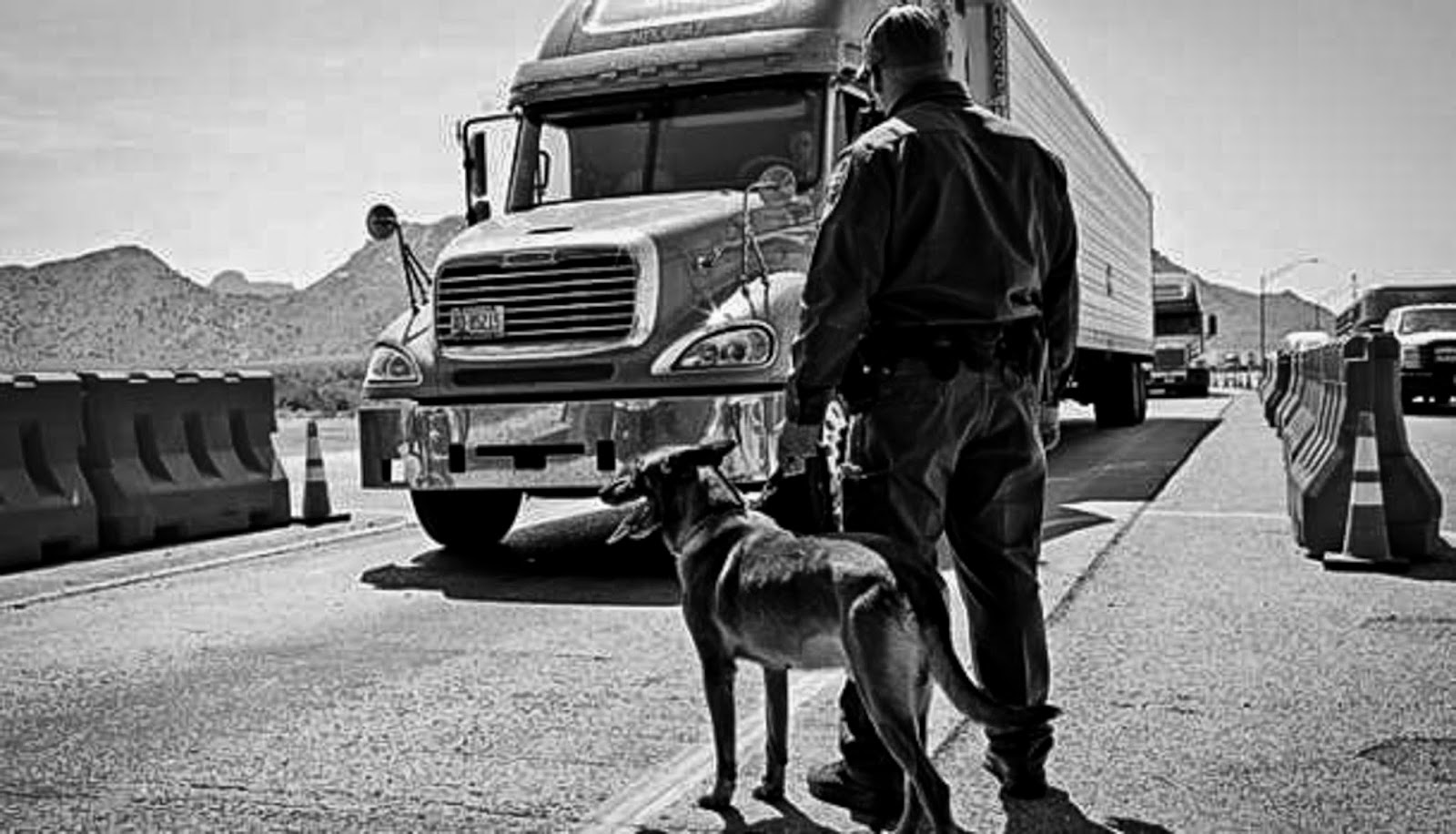 I saw the customs and border patrol check and wondered if I should turn my music down. I slowed to a crawl and smiled through the open window at the green clad agent. Another agent with a dog circumnavigated my van.

"Sir, would you mind pulling over towards those orange cones?"

I looked at him strangely. I was going to have to go through secondary. Was I getting busted? For what?

"Is there a problem, Officer?"

"Dog alerted on something. Grab your license, please step out of the van and keep your hands in the air and out of your pockets."

Oh, shit, what was going on? Now in case you are wondering, I  foresaw a potential event like this. I had cleaned my car and gone through it with a fine tooth comb. The last thing I wanted to ever have happen was to get caught in Texas with weed.

"You have any humans or contraband in the van?" I was asked by the demanding agent.

The next thing I know, no request for permission, no nothing, a dog is crawling all over my front seat. Agents are scurrying around pulling boxes out of my van. I told them that I was an antique dealer on my way to Houston to do a show but to no avail.

I asked them not to harm my fragile merchandise and to try to be careful. I promised them that they would find nothing in the car, because there was nothing there. But they were having none of it. They had caught themselves a big time smuggler and I needed to shut up. 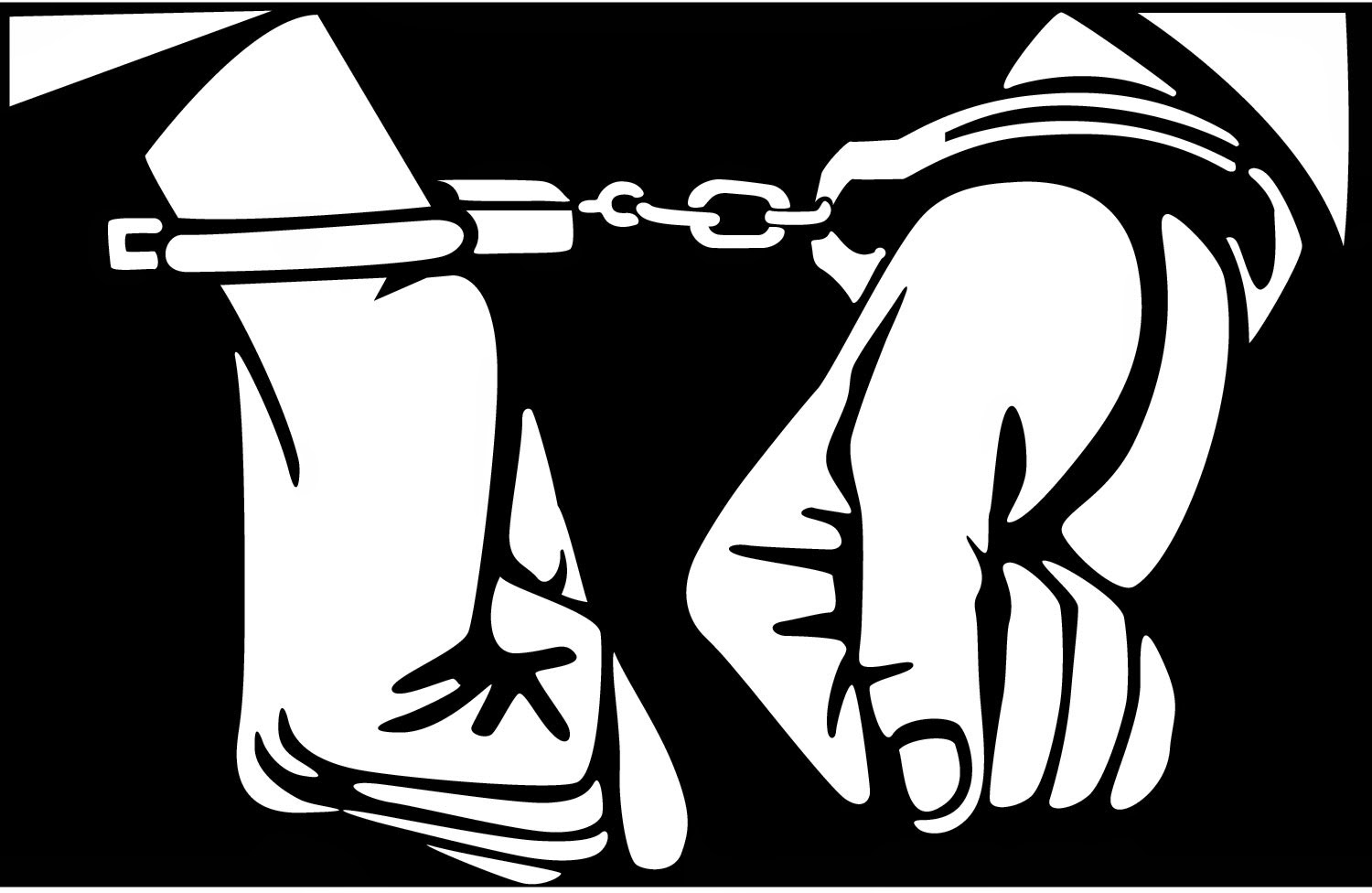 I was led inside to a detention area, I shared a cold bench with two mexicans. I asked the agents if I could have a cup of coffee and they basically laughed at me.

They asked me if I smoked marijuana and I said that I did occasionally, that I had a medical card and smoked it as necessary for my cancer recovery but that I had nothing in the car and they could save themselves the trouble.

I got peppered with questions about where I was going and what I was really doing as they typed my vital information into their terminals.

I looked out the window and saw a man unscrewing my door panels, my rear hatch. They were literally taking my van apart. I started to get scared. What if they planted something on me? There are anecdotal tales of drugs being planted at the Van Horn Border Check on the internet, the Electra District Attorney admitted recently that it was a fairly common practice in Texas.

Or what if there was an actual roach in the glove box that I might have missed? People have received life sentences for a joint in Texas, 600 years for seeds. Was this the opening entrance to my grand nightmare, was I looking at six years in the stir?

More time elapsed, maybe forty five minutes. I saw my van being moved and asked the agent what they were doing with it?

"It is going to the x-ray machine now."

I watched the large white machine slowly move up and down the vehicle. I asked the agent why I never got stopped in Temecula at the checkpoint there?

"Marijuana is legal there. It's different here in Texas," he explained.

Another fifteen minutes...  An agent finally walked in and quite sullenly told me to grab my license, I was free to go. He looked very disappointed.

I walked over to the van and looked in the back. "Check everything out and see that it is in order. We don't want to hear about it later."

It all looked okay. The dog handler came over and told me not to blame the dog, he was just doing his job. A false read.

I'm thinking to myself, don't blame the dog, who's blaming the fucking dog? He's worried that I am harboring bad thoughts towards his canine? I blame you, the government, who feel that everybody who drives east on the Interstate 10 somehow is surrendering his or her constitutional right not to be stopped and searched without probable cause and gets the pleasure of having a dog crawling through and around their car and jumping all over their effects.

I'm blaming the Supreme Court, who have shit all over the constitution and the bill of rights and allowed the police apparatus to assume that everybody is a suspect in their stupid drug war. A Border Patrol that sets up permanent installations far from the border, positioned to ensnare the unwitting motorist with a joint, a task far removed from their stated purpose.

The dog was the last one I was blaming. In fact he was the only decent person there.

It was now 9:30 at night. I had lost valuable time while engaged in my government's dog and pony show. I had two more hours to drive to Fort Stockton. When I got there all the hotels were booked. I looked in my wallet, the wallet that had been untended in the car. Was it just me or were there now two hundred dollar bills missing? I guess I'll never know...

I was nervous and made a phone call, woke up a friend. He said that the dog reaction story was actually a ruse or pretext, it was my California plates that caused the stop. I really don't know.

The man at the Holiday Inn said I needed to drive two more hours to Ozona but they might be sold out too. I actually had a lot of adrenaline now and probably could have driven all night. But I didn't want to cut it to thin or have an accident. I had read earlier about a tow truck driver dying after hitting a deer and I thought I better stop.

Finally found a fleabag motel owned by bangla deshis or maybe pakis, certainly not Indians speaking hindi, these folks skin a different color, almost blue. Very funky place but there was a bed and that is what I needed at that point.

I layed down in bed and immediately started itching, oh shit, bed bugs. Texas was rolling out in all its splendid lone star glory, my nightmare was returning true to form. I quickly fell asleep.

Wow Robert, what a nightmare. At times I envy your interesting life, but not this time. Hard to believe it's come to this - the utter disrespect for personal freedoms.

Good luck on the rest of your trip. It has to get better....

Even the friendliest pet might suddenly revert to its savage state. It's true that some dogs live entire lives without ever attempting a play bite, snap, or ER-worthy piercing of human flesh. Only 1,000 individuals per day in the United States, where there are now an estimated 78 million dogs, require medical attention due to dog bites. That's not too awful, given that dogs are really tamed wolves.