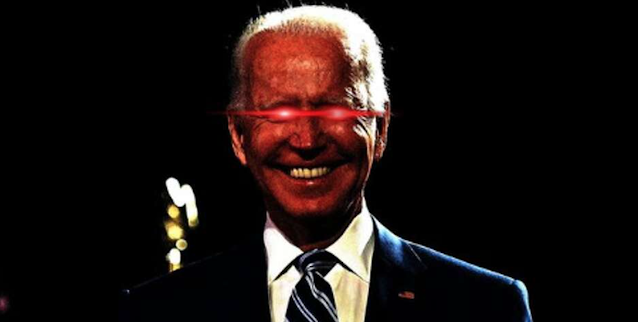 I, for one, am happy that our President has finally taken the gloves off and stopped acting like a human piñata. Go Dark Brandon.

Time to throw some blows.

Republicans are, of course, up in arms. The opinions are pouring forth see: Biden does the opposite of bringing Americans together.

Hey Repubs; where were you when Biden's predecessor was in office? Do you think Donald Trump was trying to bring the country together? Where was all your togetherness talk then? With all the insults and the snowflake talk, you think it was a lovefest for us libs? I didn't hear any cumbayas. Biden has no obligation to be your punching bag because you don't think he is playing nice.

Why do you believe that it is incumbent upon the Democrats for making peace and coming towards your side policy wise when the favor is never returned? The GOP has not done a thing, I can't remember a single vote, frankly, to help create a bipartisan consensus in this country, since the last Bush was President, honestly. Wouldn't give Obama single vote or even give Garland a listen.

We are in a horrible clan war and I don't listen to much from either side as it is so reflexive and has so little ideological underpinning. More of a matter of "my enemy likes it, well then I hate it." Like the student loan brouhaha. Give corporations  and billionaires all kinds of tax cuts but god forbid we should relieve a little student debt. So stupid. Same old partisan crap. Criticize Hillary Clinton’s use of a private email server but continue to defend the former president’s decision to take top secret classified government information to his home at Mar-a-Lago. Mueller is a witchhunt but have about a hundred separate Benghazi investigations. Say nothing about Trump's 7.8 trillion dollar single term deficit but harp constantly about Joe and his 1.7.

And it is not my fault that nearly half of America worships a would be dictator and believes election lies that have been thoroughly debunked by at least sixty judges bye now, many of them Trump appointees. I never have respected stupidity and I'm not going to start now.

I had dinner with a friend of Trump in Albuquerque. As an ex contractor and developer I told him that I detested his man for one thing above all others and in a murderer's row of litanies, the fact that he stiffed his contractors and didn't pay his bills. Now Right Forge, the service that hosts Truth Social, is finding out what it means to get in bed with this man. $1.6 million dollars owed by the orange crush and the company now teetering on bankruptcy and insolvency. Tsk, tsk. Republican Senate candidates are crying for cash after the Rick Scott debacle and Trump squirreling away $120 million into his own pocket.

The perfect grift. Sucker born every day. So spare me the crocodile tears. You dish it out but you can't take it and your poor victim act is really stale. Respect is a two way street.

yes brother, I hear you