I am pressed for time so I will have to squeeze a bunch of disparate thoughts together, sort of like ping pong balls in the clothes dryer, sorry. * Don't quite understand the Florida court that said that a 16-year-old’s request to have an abortion in the state of Florida has been denied. A state appeals court this week said she was not “sufficiently mature to decide whether to terminate her pregnancy.” But she is mature enough to be a mother? what am I missing here? Girl was an orphan and so could not get her parents' permission. * Tried the new Pho place yesterday. It's name is Pho Bomb and the title is accurate in the pejorative sense. It was a total bomb and it will be difficult to go back. I have been eating Vietnamese food for over forty years and have never tasted anything so bad. Discolored, grisly meat, bad broth, diffident service, save yourself the trouble. * Had our own domestic terrorist in Fallbrook the other day. Deputies responded to reports of a man acting suspiciously in the 200 block of East Fig Street and arrested Jacob Daniel Oberg in the area around 8:30 a.m. Tuesday, according to the San Diego County Sheriff’s Department. Oberg was wanted in Riverside County for vandalism, burglary, drug and stolen property accusations, the department reported. Six molotov cocktails, gasoline and a road flare, just who was he coming for is what I want to know? * Wonder if Trump felt like the United States Nuclear Codes were his own private property for perpetuity?  What else was he stashing? * Been so busy for the last six weeks I haven't picked up my camera or shot a single bird. Bay area soon and then biopsy. After that, who knows? * Not sure why Mark Margolis, who played Hector Salamanca on Better Call Saul, was not given a cameo goodby at the end of the series. He played a pivotal part in the series. * Happy that the church is selling Murrietta Hot Springs Resort back to a secular company that will open it to the public again, have many fond memories there, also used to go to temple there on occasion. Loved the mud baths and to swim laps in the beautiful tiled pool.  Was a huge resort for the tribe way back in the day, my grandparents on both sides frequented it on occasion. * The great Chiefs quarterback Len Dawson has passed. He had a great rivalry with Daryl Lamonica and John Hadl when I was a kid.

Harwood sent this one over: 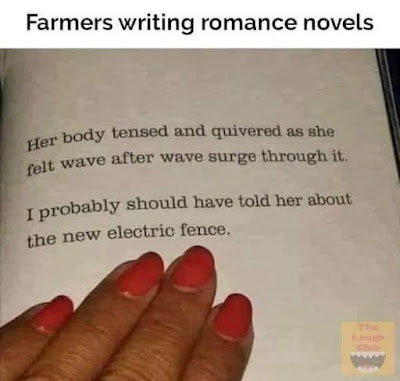