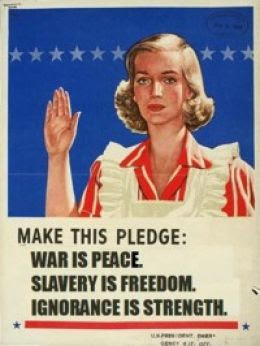 The UnionTribune had a Watchdog article this morning on Sandag's roving collection of citizen's license plate data. The article, written by Lee Ann O'Neal contained a little gem. See if you can spot it in the next couple paragraphs.


SANDAG keeps each piece of data for two years, but when it’s finally purged, that’s not because of some concern about privacy. The data are eliminated because of storage limitations for SANDAG and diminishing usefulness for law enforcement.
The San Diego County Sheriff’s Department is one of a dozen agencies in the county sending license-plate reads into the database managed by SANDAG.
“We all have a mutual goal of crime prevention and catching the crooks,” Commander David Myers said.
The concern from civil liberties advocates is that the data are amassed about millions of innocent citizens, not just criminals, and could be misused. Once the immediate use of scanning a license plate to see if a vehicle is stolen has been served, they argue, the data should be destroyed.
Asked why not quickly delete the information of people not accused of a crime, Myers said the notion is impractical. Besides, he said, how do police know someone won’t commit a crime in the future?

As much as I do not like to mention a Tom Cruise movie, can anyone say "Minority Report"?

I'm sure there's a fellow at SANDAG that knows someone at the Utah Datacenter©
They're just finalizing the arrangement.
Then, plates. Records of plates, as far as the eye can see!

Take it you mean the "One of a dozen agencies in the county" line?

it's a quote and i believe correct....