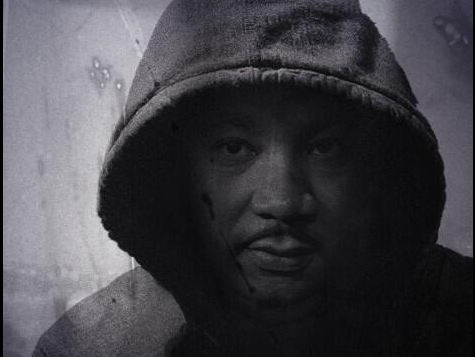 I was thinking about the Trayvon Martin case, specifically what the juror who announced her plans to write a book today said. Her literary agent released this statement earlier; “The reader will also learn why the jurors had no option but to find Zimmerman not guilty due to the manner in which he was charged and the content of the jury instructions.”

What did the jury instruction say exactly?


"The danger facing George Zimmerman need not have been actual; however, to justify the use of deadly force, the appearance must have been so real that a reasonably cautious and prudent person ... would have believed the danger could be avoided only through the use of that force."

It has nothing to do with the actual or real threat George Zimmerman faced, instead it is legally allowable to surmise what he thought that he faced. And that is a quite slippery slope, the notion that we can get into people's heads and allow them to commit criminal actions because of something we suppose or are led to believe that they are or were thinking...

Which brings up Jordan Davis. Jordan was the black kid in Florida last year who was shot to death at the gas station by the old white guy because he was playing his music too loud. Michael Dunn said that he felt threatened, so he shot him. Why even bother to have a trial? That is what Dunn thought. The loud music was enough for him to fire eight or nine times into a car of unarmed teenagers, hitting the 17 year old Davis twice. Because Davis wouldn't turn the music down. Sounds fair to me. Black people scare white people. Now it is legal for us to kill them. And I assume the inverse. The racial composition of juries now is nearly as important as the nature of the wrongdoing, in reaching a final verdict.


Michael David Dunn, 45, acted "as any responsible firearms owner would have," his lawyer said of the Friday evening incident at a gas station outside a convenience store in Jacksonville, Fla. 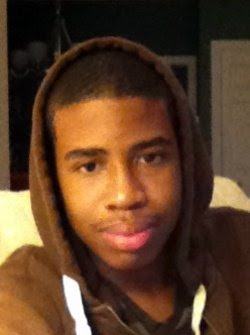 Re Zimmerman trial - standard (50-state) jury instructions in similar cases. What juror is saying is that the case should never have been brought in the first place?

The one wh has an attorney husband, that announced she is writing a book.

I thought you would write about the Zimmerman case earlier than you did--and while the case was being tried. I have no idea of your views on the case--but I have a lot of thoughts about the case. They are about the law--how the case came out and how it should have come out--but also about the reaction to the case.

But your comments and comparison to the Davis matter is especially interesting. There is no comparison between being annoyed by loud music and being "annoyed" by having your head banged against concrete. But note the comments of the attorneys--Davis' attorney, you say, said it was a proper response for his client to shoot and kill the black kid who wouldn't stop making noise. The black attorneys commenting on the Trayvan Martin shooting are saying the injuries inflicted by concrete can't be serious.

The moral of this comment--don't believe what a lawyer seeking to defend the indefensible says--what else can he say?

But the question I wish both of you to consider--Bob, my nephew, the blogger; and Bob, my friend, the lawyer. According to some of the accusations leveled against George Zimmerman, was that he PROFILED Martin because of race. How did George know Martin was black? It was dark or dusk. There is no testimony on this, to my knowledge, but it is most probable Martin was wearing dark denim jeans--which everyone wears. He had a dark green sweat shirt on his upper body--and its hood was over his head. Is that such an uncommon dress that only black kids wear it? I hope not, because on some, a few winter days here in Davis, I have worn those items when walking to our common mail box. When looking at me from the rear, in jeans and sweat shirt, what attribute do I have that makes me look Jewish?

Race is still an issue in this country--but to a great extent it is caused by black people taking advantage of their race.

Now Bob, the nephew, regarding your lament that the danger in a self defense case need not be real--it need only be "surmised," even if a reasonable surmise, think about an unloaded or inoperable gun--one that won't cause any harm if used other than as a club--may one with such a "toy" pointed at him or her use deadly force on the other person. Or another example, getting into a fight in a bar with a professional wrestler!

Bob, my friend the lawyer, wrote and said one of his acquaintances said the verdict in the Zimmerman case would cause riots--by people, I think, who hadn't had that kind of fun for a long time--and found an excuse, any excuse.

Race hustler in chief Benjamin Todd Jealous, president and CEO of the NAACP, has called for DOJ action in regards to George Zimmerman having violated Trayvon Martin's civil rights, comparing Martin in the hierarchy of civil rights heroes to Emmett Till and Medgar Evers.

Emmett Till and Medgar Evers.

Let's compare. Emmett Till made a comment about a white woman in a Southern grocery store and had is eye gouged out and was beaten to death, his body weighted down in the river. Medgar Evers, a very successful field officer for the NAACP, after numerous attempts on his life was shot to death in front of his home.

Trayvon Martin, a seventeen year old, on his third suspension from school, after smoking dope, wearing a hoodie in the rain, in a gated community not his own, walking between houses, not on the street, jumps a neighborhood watch captain with a gun, and tries to pound his head through the sidewalk, while saying 'You're going to die tonight, motherfucker!'

I guess the bar has been lowered to a point even Rosa Parks couldn't limbo under, and I can't for the life of me imagine Medgar yelling 'You got a problem now' while punching someone in the face. And the homeowner's association in the Southern town never coughed up over a million bucks to Emmett's family after his life was ended.

Yes, Uncle Norm, your shirt makes you look jewish. I think that this statement is bullshit but hey you are entitled to your opinion: "Race is still an issue in this country--but to a great extent it is caused by black people taking advantage of their race." Read an interesting article today about voting rights in Texas, blatant white on black discrimination recounted. In their own words.

I agree with you about now listening to lawyers. You are retired, doesn't count...

A neighborhood watch wannabee cop, who thought he was a superhero fighting bad guys and decided to take the law into his own hands.

t's over. That is, I hope it's over. There is at least one screed advocating a civil rights action in federal court, and the attorney general said he's looking at it. I doubt that it will happen. It shouldn't, for the reason you state. The race issue arose, if at all, only when each was able to see the other's face. There was no opportunity for profiling.

There have been some rowdy demonstrations. There was one here in LA, with people throwing rocks and D batteries. It was put down without rancor, and I've heard nothing since.

In my humble opinion, justice prevailed. The system worked. The jury probably listened to the instructions, particularly the one about "reasonable doubt" I think they had it reread) and found reasonable doubt as to guilt. That's enough. That's as it should be.

I hear a lot of analysis on NPR as I drove home today, some of it wild, but much of it calm and astute. One particularly speaker said it pretty well. Martin was walking down the street, on a dark rainy night. That may be stupid but it's not illegal. Zimmerman got out of his car. That was contrary to the directions he had received, and it was stupid, but it was not illegal. He was carrying a loaded, concealed pistol. Not illegal.

Since we don't know the details of the encounter, or at least have doubt as to what occurred, a defense verdict should follow. There is not much more that the criminal justice system can do in this circumstance.

A better-planned trial might have forced Zimmerman to take the stand to tell his story, subject to cross-examination, and he might have been shown to be the pathological liar he is, but it probably would not have changed the result.

At lunch yesterday I asked the two psychology phd's at the table whether Zimmerman is mentally ill. Both thought he had delusions of grandeur, which is a condition, not an illness. So far as I'm concerned he's a self-anointed vigilante, and absolutely no form of a hero. I'll accept the verdict that he's not a murderer.