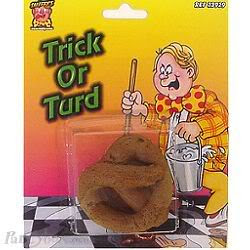 This blog has covered a lot of ground the last eight years but I have actually never gotten too scatological, this being a family show and me generally respecting the bounds of propriety.

God knows why I haven't, I certainly take as much pride in my farts and crowning achievements as the next man.

But I can hold back no longer. Forgive me.

I was talking to Brett at the coffee shop and he mentioned that a certain person we know, a teacher, had a minor poop fetish and regularly visited a website called rate my poo. Egads. My God, has it really come to this? If this is not the nadir of human civilization and discourse, you can at least see it from Palin's veranda.

But in the course of our discussion, somehow things came around to discussing one particular shit, perhaps the most famous doodie ever shat in California. Certainly the most amazing thing I ever saw. Several people know where I am going with this, a few blog readers were actual witnesses. I hope by publicizing this more will come out and further elucidate the crap in question.

I speak, of course, of the famous  Palomar College turd.

In 1981 by my recollection, word in the Palomar College Art Department was that a cable had been laid in the bathroom by the museum so big that it was inconceivable that its author was a human. I had to see for myself. I immediately headed for the lavatory in question, once only famous for the late Rory Ransom's anonymous homosexual mural studies.

They did not lie, the girth of the coiled turd was the size of a louisville slugger and the thing descended to hell and ascended clean to the top of the porcelain fixture. What foul creature was capable of such a disgusting feat? A rhino would have hung its horn in shame at the size of this immense defecation.

Artists being artists, we thought perhaps the lunker had been constructed out of clay, so someone did some testing and appropriately left a number 2 pencil in the top coil. A nice touch. This, my friends, was the real thing.

I kid you not, people were leading tours to this thing like it was the miracle at Lourdes. You could have sold tickets. Not sure how long it stuck around but it raised quite a ruckus, not to mention an odiferous stench.

I post this in the interest of science and history. Mike Halter, you saw it. Brett, am I lying? Kerry, do you care to represent? Cohen? Andrea? Any pictures out there of the infamous turd to top all turds? The one turd to rule them all?

Anyone with any more information on this famous and unbelievable bowel movement is asked to help share your reflections on the infamous fetid log. I wonder about the identity of the person actually responsible but I still don't think I want to shake their hand.
Posted by Blue Heron at 11:37 AM

The scat entry was sent IMMEDIATELY to my brother. Our family was keen on this topic. Oh Yeah. Plus my brother is a true contender. Shocking, really.

Anyway, thanks for connecting me again with the Blast!

For some reason I want to quote my Dad. It's not scatological but it's of our pedigree.

"Blast me, baby, with a boogery-beat" The verb is interchangeable with the requested action.

thanks R, shit was always a favorite topic at our home as well.

I was given a tour of the art dept. washroom and saw the Snotsquatch dump- complete with pencil stab. I don't know why I took the haunting tour—but I did. Maybe it was some sick hoax from a pottery class student?

Lord, please forgive for what my eyes saw….

This turdbit of fecal history will go down in the anals of posterity as containing the stuff of urban legend
I heard about the massive grunt sculpture of biblical proportions
From a friend . I believe we should name it. Pencil neck geek, maybe analconda, good shit Robert
You have sunk to an all time high in regards to male spirituality

shit is all i can say!

We had something called a Tanzy in our home...

I caught wind of that.

No shit Robert, I think Tom Cervantes may have done that. I'm pretty sure he was at Palomar in the art dept. during this time.There was another time when he worked on the floor the LA stock exchange and he rolled out a perfect pretzel (so he told me),above the water line as you've described. He posted a note that said "take a picture and send it to Hustler". Tommy took great pride in his "feces" as he referred to them. JH

Well Cervantes was certainly there, a very talented painter by the way. Don't think he had the build for this job but the truth will out. I think that we will eventually solve this case.

I'm glad I got that out of my system. I feel much better now.

I have carried a metal hanger with me from that day on.

As related to Mssr. Sommers before, here goes: casing a thrift shop in Miami, a lavatory was conveniently nearby when nature called. And did it ever. Dwarfed your usual mega sausage, in a less than full toilet bowl. In fact, looked like a beached sperm whale with the shore break gently rolling over. Came up both sides. Knock on the door meant someone else wanted access, and I said just a minute. Flushed not once but twice and the turd never moved. I quit and went out the door and pushed past a 6 foot 5 inch heavyset geriatric who said 'Thank You', and I quickly exited down the aisle. Go about 30 feet and realized the aisle of clothing was a dead end. Had to reverse direction, right past the restroom. But the door remained closed and I boogied by at a fast clip.