Do you hear me, Major Tom? 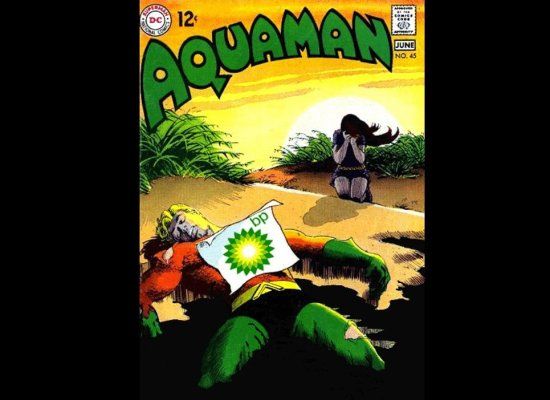 The unseemly spectacle of all of these oil executives on the hill blaming BP for the Gulf oil spill reminds me of the Republicans in congress that are now sore at George Bush for his excessive spending. They have seen the error of their ways and are ready to reinstall safe practices and fiscal discipline. If we would simply grant both groups the carte blanche to go back to business as usual, the future will be as rosy as hell and we get a sincere promise that they will not return to their sinful ways.

Pardon me if I am a bit skeptical in my old age. Excuse me if I err, but didn't both Chevron and BP have additional oil spills recently, the former in Alaska about two weeks ago? Exxon of course has its own well known history with oil spills. I am afraid that with the total lack of supervision and regulation from the Minerals Management Service, a disaster of this magnitude was just waiting to occur. Of course some contrarian is always ready to take the opposite tack and a sophist creep from the Cato Institute named Gerald P. O'Driscoll Jr. in the WSJ yesterday blamed excessive regulations for oil spills and said that we must now try a new approach. Like you've already stolen the family silver man, now why don't you go ahead and have your way with the women and children.


Politicians and oil companies in Louisiana and Mississippi are demanding a cessation of the temporary moratorium on deep oil drilling so that the poor natives can go back to work. A congressman in California is asking that recently passed clean air legislation demanding higher renewable energy resources by 2020 be put on hold until we have a better economic footing. Face it, it is never convenient to put the hard work in and make the difficult decisions. Especially when you are a politician staring at a fistful of dollars. The energy companies have had the run of the store and now like Renault in Casablanca, we are shocked, shocked, that gambling is going on here.

And the President tonight says that it is now time to think about Clean Energy. Where was he a year ago when his Interior Secretary Ken Salazar started granting all those new oil and gas leases? Or allowed all of the mountaintop mine coal removal? I know that he is mouthing all of this with a straight face but my god, are you kidding me? Do you think that we have all been asleep for your term? Why are we so reactive as a people and why does it take a disaster for the politicians to stop giving us lip service and start being serious about the environment?

I had a conversation with my friend Al yesterday about the promise and subsequent failure of this administration to deliver on a myriad of platforms. Keep all of those Bush era wiretap laws you hated so much, Barack. Attorney General Eric Holder says one thing about respecting state marijuana laws, your DEA does another. Keep fighting a no win war in Afghanistan that is now officially the longest tenured conflict our country has ever fought. Bash your only reliable ally in the middle east and join in its censure at the United Nations. Bail out the ungrateful big boys on Wall Street while the american middle class gasps for oxygen like a fish on the sidewalk. All of that vaunted arm twisting you were going to do for home mortgage modification, just how successful was that?

My friend said that all of the good stuff was planned for the second term. God forbid.

Would I vote for him again? Yes I am afraid I probably would, if it meant to keep more John Roberts off the Supreme Court Bench or prayer out of our schools or if it meant protecting the right of a woman to choose motherhood or not. But our post partisan President has not been a great leader or a great Democrat in his initial term. So I would grit my teeth.

I can't for the life of me remember the name of the book but it had to be late sixties, early seventies that an author penned a hell of a science fiction tale about a vengeful scientist whose wife dies and he seeks revenge. He comes up with a novel approach to killing the planet. He infects the money. People know that they will die if they touch it but they can't help it, they are too fucking greedy not to grab the filthy lucre. Sayonara world.

I think about some of the scummy residents of Texas, Utah, Louisiana and Alaska, the mineral and resource rich states and how easily they have sold their birthright for a sack of silver. Not all of them mind you, but drive through these states with the exception of parts of Utah and Alaska and they are pretty grossly polluted. Get back out there and drill, there is money to be made. And if accidents happen, it is just the price you must pay. And I almost think that there is some law of karma at work here.

The reality is that we have to get off the oil teat. It is only a matter of time until it is completely sucked dry. Our current removal technology is obviously incapable of averting environmental calamity, especially at 5000 feet over the ocean floor. The revolving door between the regulators and the regulated turns government supervision into a charade. I am sure that it will be a mere matter of time until we see the recently retired public servants at MMS taking the fifth amendment on Capitol Hill on the advice of their counsel. The internal combustion engine is now nearly what 125 years old. I remember reading that in the warp speed of modern technology that makes it an anachronistic dinosaur. Yet the auto industry  has consistently worked to avert higher mpg standards. Time for a paradigm shift already.

There is such a disconnect between the way certain people view the earth. To a literal fundamentalist, it is our dominion given by the creator and its bounty put here to serve man. But with the coming rapture, it is a temporary waystation so don't get caught up if we screw the spinning globe up a bit. The animals that can't hang or adjust to mercury in the river or global warming or pesticides, well if you can't adapt, go join the dinosaurs. There was an interview in the local Reader this month where a guy scoffs at "going green" because by the time we have extinguished this planet, according to him, we will just move to an alternate one. The old disposable planet routine. Conservatives seem to have a lot of faith in the future. Shouldn't we keep just a little bit of the planet pristine? Maybe a future generation will find a way to right our sad ship. Here's hoping.

great post, robert. But you're a little hard on Obama. I still want to believe that his heart is in the right place but that washington just makes it too darn hard to get things done. Maybe I'm being too optimistic about Obama, but like you, I'm more scared of the alternative.
Nancy

A book you would likely love - Beautiful Losers by Leonard Cohen.