The Mistress will see you now... 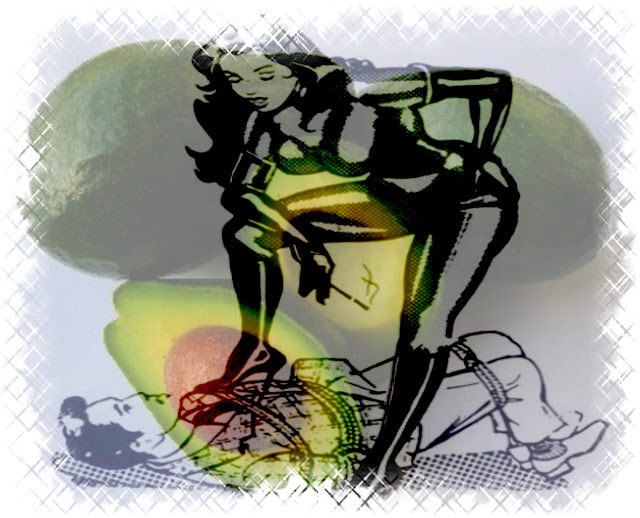 And it used to be such a quaint small town. I was sitting at a redevelopment meeting with some fellow merchants yesterday and one of the gents said that he had a call recently from a prospective tenant interested in renting his vacant retail space. The woman is a dominatrix who wants to put an S&M dungeon in Fallbrook. Her staff had done a thorough demographic analysis of Southern California, and the returns came back showing that we here in the guacamole belt are in severe need of a little discipline. Apparently, some of us have been very naughty. They may already have a few names in the old address book.

The merchant was a bit taken aback as the woman showed him where she would be installing the cages and the rack. I believe that he has some second thoughts regarding the ability of the establishment to harmoniously mix with its neighbors. Might take a bit of soundproofing to muffle the screams of the punished vermin and miscreants.

I mentioned this in passing to both my wife and my athletic trainer and they sort of startled me when they each said that they would jump at the chance to work at the place and muster up a little hometown ass whoopin'. And don't ask me why, but I think both of them could handle the job.

In other news, it turns out that one of the more recent merchant arrivals is actually a big time Vegas ex mafia hit man who has been recently removed from the witness protection program. I have a friend who knows him and saw a program about him on television. I am not going to expound too much on the subject, cherishing my own life and limb, but it just goes to show that we have all kinds of interesting characters in our little town.

Fallbrook - We're not just about avocados anymore...
Posted by Blue Heron at 9:52 AM

we are indeed goin' to the dogs; i remember the good old days, of Tom Metzger, and Rusty's Ammo Room, and the one and only traffic light at Main and Alvarado...

Sign me up. Who wouldn't want a 1000 dollars an hour to kick your asses?