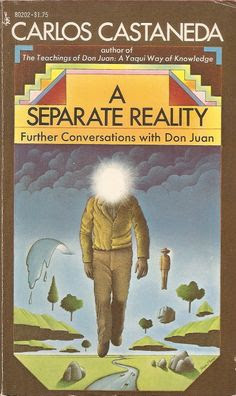 I looked at an old blog this morning and saw something that touched on something else that I have been thinking about lately and wanted to share.

From March 10, 2011 - Fat heads, the angel of death and other strange phenomena:


...Speaking of other worlds, I had an interesting lunch with a very rational friend the other day and an interesting topic was broached. I mentioned that I have had strong physical "other worldly" events occur at critical junctures of my life. The kind of stuff that you don't really talk about with people lest they lump you in with the Roswell or Sedona crowd. It is almost embarrassing to divulge but here goes:
The night that I got together with my first wife (in 1980), we were running through the hills on a late night jog, along with our friend Alex. In fact we were both courting my ex wife. This was "showdown" night. Relatively clear heads, if I remember correctly.  Anyhow, we are running through the mountains near my old home in Rainbow when an energy ball of fire appeared about three feet off the ground. The thing was about 12' in diameter. Hovering about two hundred feet away. We all looked at each other with a "this can't be happening" sense of disbelief. Immediately the thing shot away about 1000'. We actually collectively willed the thing back. Then it disappeared. It is hard to try to explain something so aberrant, but yet so real. I would say ball lightning but for the fact that it seemed sympathetic to our states of acceptance and consciousness. We went to the ex's and talked about our shared vision. Alex went home and I never left. Well for ten years anyway.
A few years later, I was reading a historical field guide for these mountains and saw that the same lightning ball events had been recorded in the late 19th century. The mountain range on the other side of Gavilan Mountain was even called the lights, De Luz. H-m-m-m.

*
The reason I bring up this old experience of the paranormal is this; last month the Gregory Canyon landfill project was finally defeated. People from the nearby Pala band of Mission Indians were ecstatic. I ran across this blurb in the paper after the ruling:

A controversial plan to build a landfill in rural northern San Diego County has been scrapped, and a key piece of the land has been sold to a Native American tribe that opposed the project.
Protecting the river and the underground water supply became the focus of several environmental groups and municipalities that banded together to fight the project. The tribe’s objections to the dump, however, were both pragmatic and spiritual.
Sharing a road with roughly 500 trash trucks a day would have been bad for Pala residents and casino visitors, they acknowledged. But far worse was building a landfill next to Gregory Mountain. They said the prospect was akin to building a trash dump around the walls of a cathedral.
Gregory Mountain is known as Chokla to native people and it is where Takwic, a balancing spirit who can appear in human form or as a ball of fire, sometimes rests, Gaughen said.
“Native ways of knowing and navigating the spiritual and sacred often leave no trace on the land,” she said.

My ex, Alex and I were not running all that far from Pala when we encountered this sentient ball of light. We were in the hills of Rainbow. And we were all sober. Did we encounter Takwik in 1980? An entity I had never heard of until a few weeks ago? I did a little reading and in Dubois (1908) he is referred to as a meteor that could be seen in daylight, Shiwiw or Chaup in Diegueño.

I have absolutely no relationship with my ex wife and no idea what happened to Alex Press (loaned him money for his tofu company and never heard from him again after he moved to Colorado) yet I am sure that they will corroborate this story in its totality if asked.

Kind of thing that you can never forget. I feel lucky to have experienced whatever it was. I would love to share and recount my experiences with members of the tribe one day.
Posted by Blue Heron at 12:05 PM