The March of Folly

"Know my son, with how little wisdom the world is governed."
Count Axel Oxenstierna

Imagine a ruler or President who campaigns for a particular position under the rubric of a respect for the dignity of the office and land and then when elected uses his or her newfound power as a way to self enrichment, installing family members in high positions and endowing his comrades with governorships and cabinet positions where they could get filthier rich.

A purported deeply religious figure, he raises licentiousness to new heights with his personal behavior and with that of his confederates. He throws his political opponents in jail and runs the government like a personal piggy bank, all the while making side deals with the mortal enemies of his kingdom. 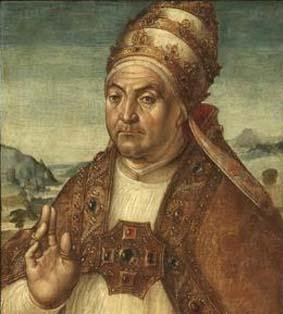 I am not talking about any present figure by any means, the particular ruler in question was a Pope, Sixtus IV, the former Cardinal Francesco Della Rovere, the time was 1471.

One of the six renaissance Popes, his empire ended in near disaster. He tried to kill the Medici brothers, excommunicated Florence and used spiritual sanctions as political weapons.

I am reading a wonderful book by the late historian Barbara Tuchman (1912-1989), The March of Folly from Troy to Vietnam.

Tuchman ably illustrates in this book how our rulers, from ancient Troy and Judah through the near present day, so often engage in the exact behavior that is least beneficial to their self interest and end up destroying their country.

In fact, in a world of myriad positive possibilities we humans so often find that one narrow road that will ultimately do us in.

Fascinating book, should be read by all students of history and government. Find it at your local library, like I did. 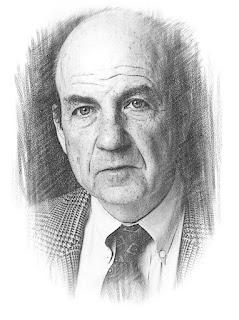 Calvin Trillin has a delightful piece over at the New Yorker, Counting Shrimp. Whatever gets you through the dark night.

Larry Miller is reading Will Durant's 1939 book on Odysseus and offers this pearl, courtesy of the goddess Athena:

"Bold man, crafty in counsel, insatiate in deceit, not even in thine own land, it seems wast thou to cease from guile and deceitful tales, which thou lovest from the bottom of thine heart."

Learned a new word today from Robert DeGoff, kakistocracy, defined in Merrian Webster as a government by the worst people. Greek etymology, of all things. I guess it all depends on whose Bull of Minos is getting gored?

The election has been held, mostly legally and in accord for the rules we set for these sorts of things, with a little push from the Russians and James Comey of course, but America has spoken and certainly deserves whatever it gets. President Trump has been sworn in. The Republicans now control two branches of government and will soon have their way in the third, the Supreme Court, thanks to some nimble slow walking by the prior Senate. So it is on you guys, do what thou wilt.

Heard yesterday that there are already plans to raise the eligibility age for Medicare two years to 67, privatize Medicare and social security, slash Medicaid and pretty much unstring the safety net. Wonder how may Trump supporters will be singing a different tune, especially since such cuts are shown to more negatively harm their own states? 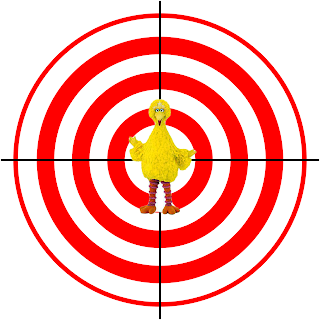 It is also apparent that the Corporation for Public Broadcasting, the National Endowment for Humanities and the National Endowment for the Arts are in the conservative crosshairs and may not have long to live. Bye Bye Big Bird. If you can't find it on Fox, how important can it be anyway? Better to spend the bread on a big wall, I suppose. I also heard that cuts to public broadcasting also hurt red states worse but not sure if that is true or how the nexus is made.

I think that the Democrats and progressive should be every bit as cooperative as the conservatives were during the Obama administration. Every bit.

Wearing black on this cold, rainy, gloomy day.... the weather mimics my feelings.