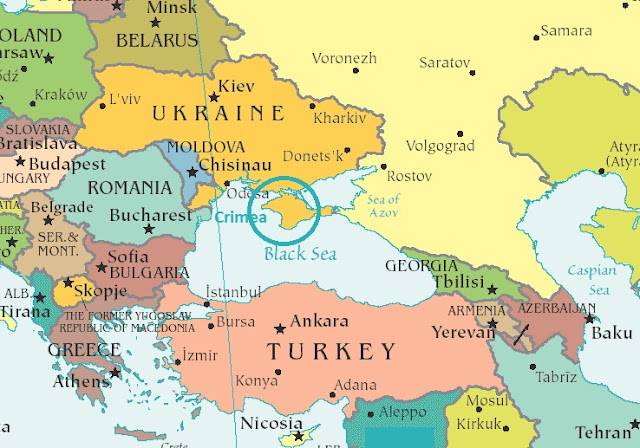 I think that the best advice I could give any of my friends who are worried about the future of our country is to keep your powder dry and don't waste too many bullets or energy worrying. Pretend it's a b rated movie, something with Danny Kaye and a stupid petulant king in the sixteenth century. Or you're a member of the French Resistance, living in Vichy France. The third act will be a beaut.

We will get through this, we have been through a hell of a lot worse. Yes, we are an international embarrassment but you just tell people you're Canadian and shrug it off.

Now if I was a citizen of Poland, Latvia, Lithuania, Estonia, Finland or the Ukraine, those people have good reason to worry. Because Herr Trump now says that NATO is obsolete, as is the EU. This is a major deck reshuffle and might pave the way for the Russian Bear to recoup some major real estate. Think Trump will utter a peep?

I don't know if nasty videos really exist of Trump paying for the waterworks in some scuzzy Moscow hotel but if the russkis did have that sort of evidence, it would certainly make his current behavior a lot easier to understand. Don't forget that this story wasn't written by some wack guy over at Infowars, it was a respected member of MI6.

The Israelis, no friends of Obama, have been advising the present administration to put valuable intelligence behind a firewall before Trump and Flynn start spilling all the secrets. Probably advisable, considering his intemperate irrationality and apparent ill feelings towards our own intelligence community.

I know that I keep repeating myself but isn't it amazing how the Republicans have been so quiet about us rolling over for our comrades in Moscow? Obama sold out a few allies too but some of us spoke up, regardless of party. Putting NATO in the crosshairs is a totally different matter.

The President elect is certainly picking some interesting new friends. He calls out Merkel and then has a meet with French far right nationalist and anti semite Marie LePen, introductions by Steve Bannon no doubt.

Russia has such an interesting history in the Crimea. You might want to read about the forceable removal, starvation and slaughter of the native Tatars, a hundred and fifty thousand exterminated by Stalin alone after their forced removal in 1944.

We probably are helpless to avert some major national and international mistakes but we can at least keep a good historical record for the eventual reckoning, not that that will do much good. Watch who questions the wisdom of this new detente and watch who keeps their mouths shut.
Posted by Blue Heron at 10:48 AM

It is hard to see how this ends outside of: A) An incredibly nasty impeachment lead by Republicans or B) The failure of the Republic and installation of Our Beloved and Most Christian God-Emperor Tsar Donald the First.

This was a great one Robert. I so agree, and feel better. You gave me my convenient out - "I'm Canadian". Yeah, a shoulder shrug inferring that Americans are crazy should help me through the next four years of global travel.

Jon, I hope you are wrong. A) could be very ugly, and further deepen the hurt that this country is going through already. B) Hard Rain will happen before such an event. I tend to think (and hope) it's possible we can endure four years of sheer insanity and such despair without undue collateral damage to our country, and the entire world. Think good thoughts.