The Antique Indian show never really fired for me. I am basically a "swiss army knife" type dealer at this point in time and it is a show for specialists. I usually have strong enough native material to make the whole thing work but this particular year I did not. Was not really with the program with my diverse but not altogether compliant material and I basically ate crap. Can't fake it.

An object crowd, not necessarily a strong wall art crowd. Beautiful show, most folks did exceedingly well. No excuses, no blame, nobody's fault but mine. Entirely self inflicted. I took a year off to mope and write and get lost and heal and I am now paying the price.

I need to stop writing and taking pictures and plunge headlong into my business if I have any hopes to save it. My dreams of finessing the peddler and artiste hats simultaneously proves ultimately to be an unworkable pipedream.

*
Breaking down a bad show is like broadcasting my own public execution. Very tiring and not a very fun proposition. Rather than getting into a full scale post mortem and chronology of the beat down I think that I will try to skip to some middle and high points of which there were fortunately many.

Saw a lot of great friends. Many are getting older and we had a wonderful time discussing our various ailments and infirmities. 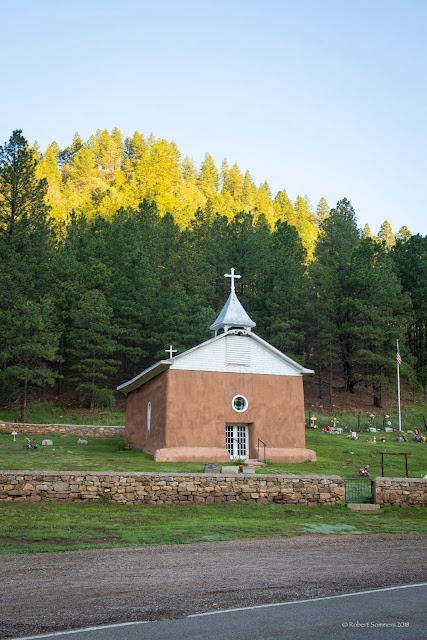 Took off for Pecos one morning to get some cloud shots over the pueblo but I was too early to get in the site and decided to instead take the gorgeous road paralleling the river up the upper Pecos watershed.

I had been to Monastery Lake but never further. I made it to the Holy Ghost, Cowles split, to the neat little town of Terrero.

Saw magpies and red crossbills, marveled at the beauty. Wanted to just keep going and going. As usual.

Bill later told me that he saw hundreds if not thousands of hummingbirds at the Terrero General Store, my turn around point that morning. I should have got out and scoped the place but who knew? Must go back...


Spent a morning at the Randall Davey Audubon Center photographing the feeders, always soothing for the spirit. 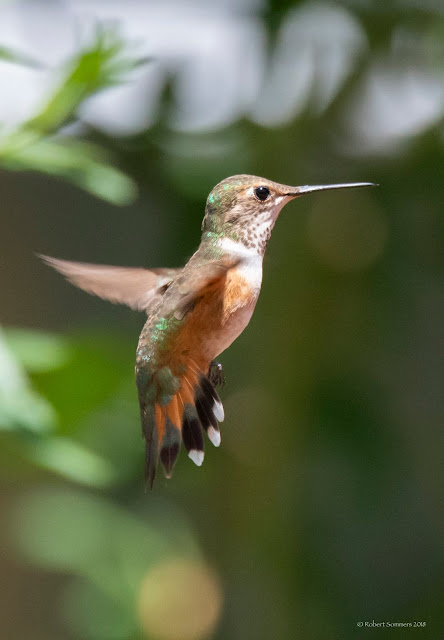 Shot the shit for a couple hours with a fellow birder, a retired pharmacist from Houston, good guy.

Stopped off and saw Jeff at Zaplin Lampert for a second, a great guy and a wonderful gallery.

*
Ate at the Pantry a lot for breakfast, carne adovado, great corned beef hash, a wonderful southwest shepherd's pie one night for dinner.

Have to have trout and eggs at La Fonda at least once every trip to keep my luck going.

Had a rotten meal at Pasqualle's, first ever.

The trout hash sucked, the staff was all unfamiliar, place has really gone downhill.

Had a great meal of mojarra, a whole fish covered in garlic at Adelitas, my new favorite local sleeper restaurant.

Never took off on the green chile this trip, did my tummy a favor and stuck with the red...

Had a decent dinner at Harry's early on.

When my show started to divebomb I went to Albertson's and bought swiss and salami and carrots and triscuits and holed up in my room for a few days, not really feeling like putting on my happy face in good company. Had a full kitchen in the room.

I was of course still slightly traumatized over getting stuck out in nowhere and confronting my impending mortality, hard to act real normal when I had felt kind of close to permanently buying the farm.

Had a last minute sale that provided a tiny bit of oxygen. Packed up and got the hell out of Dodge the next morning.

Uneventful ride to Williams. First stop to see the singing rebbe in Albuquerque who gave me some much needed advice. Won't totally divulge but it had to do with the great samurai generals eventually hanging up their swords and trimming bonsai when the time had come to retreat. 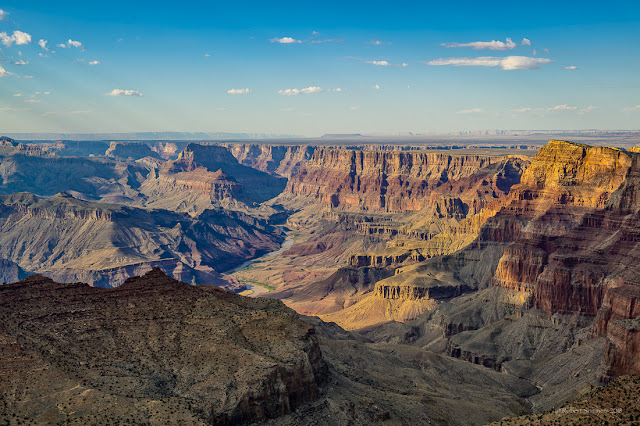 Then detoured to the Grand Canyon for some mostly uninspired evening shots. The Italians won the prize for most obnoxious tourists this round, but at least they didn't pet the elk like the French people did last time.


Saw a tree full of buzzards. Probably circling my drain. 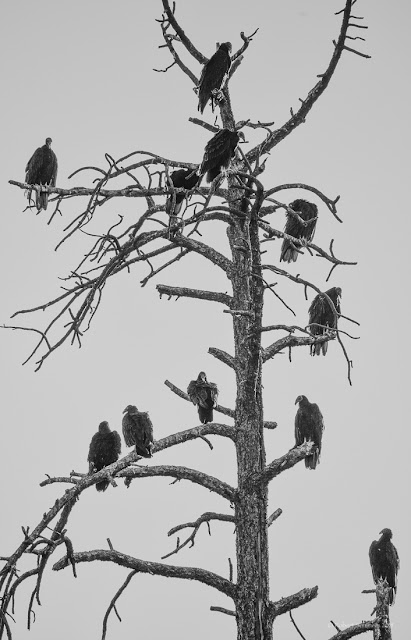 I hightailed it back to my hotel in Williams.

Had a great meal at the Pine Country restaurant, steak and pasta alfredo after walking out of a 66 diner where I couldn't get a menu or water but did manage to get a bunch of mopey looks from the uninterested staff.

I thought about going back to the Canyon for sunrise shots but didn't want to add three hours to an already long day and high tailed it in the direction of home.

Stopped at my favorite cafe in Seligman for breakfast, Westside Lilo's. I had my customary angus patty and eggs and headed down the road.

I decided at the last second to stay off the interstate and take Route 66 west towards Peach Springs.

I am so glad that I did.  The day was so beautiful and so was the scenery. So nice to be off the main road. Being just a little removed made all the difference. 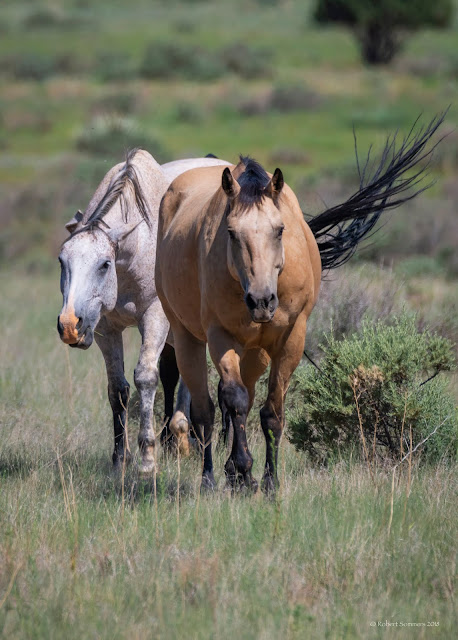 I quickly encountered large bands of horses, their lovely coats counterpointed majestically by the lovely fields of yellow flowers.

My soul is replenished by wild places. 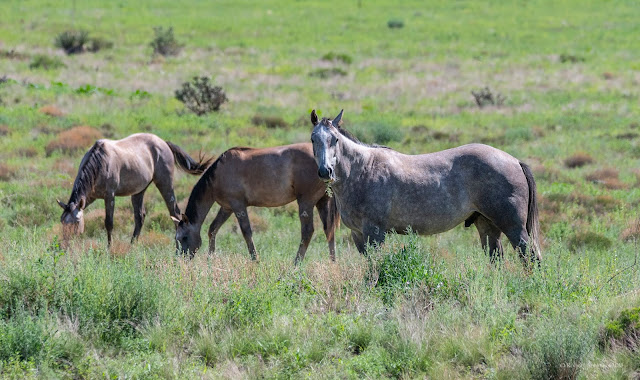 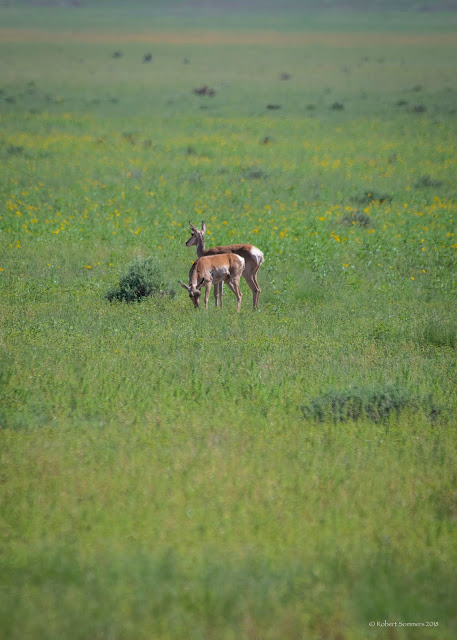 Pronghorn abounded in the fields as well. The pronghorn, Antilocapra americana, is a decidedly American creature, found no where else on this earth.

Fast as lightning when startled, it favors wide open spaces. 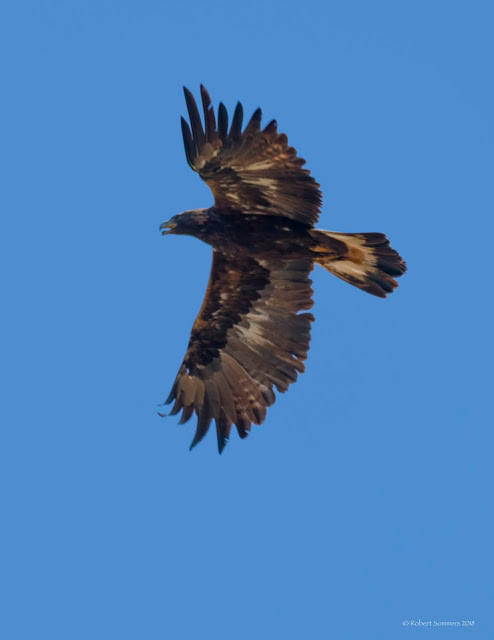 All of my stress, dissatisfaction and personal tsoris disappeared in an instant when confronted by the immense beauty of nature's kingdom.

And all it took was a slight detour off the main road. 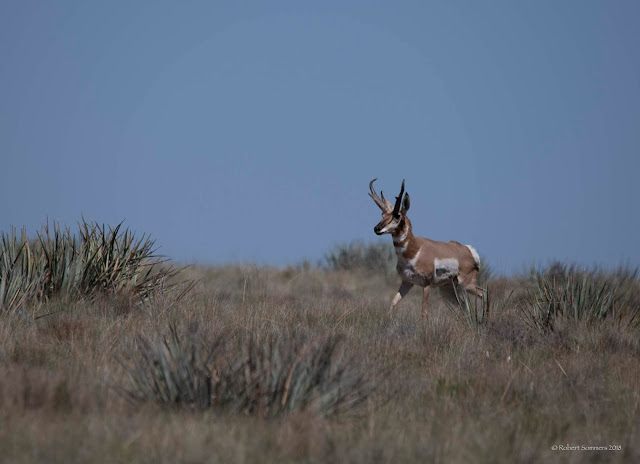 I stopped at Grand Canyon Cavern, purportedly the largest dry cave in the world, for expensive gas, not wanting to kill my newfound happy buzz by running out.

Five bucks a gallon? No problem, I'll take four, should get me to Kingman. Next time I take the cave tour. 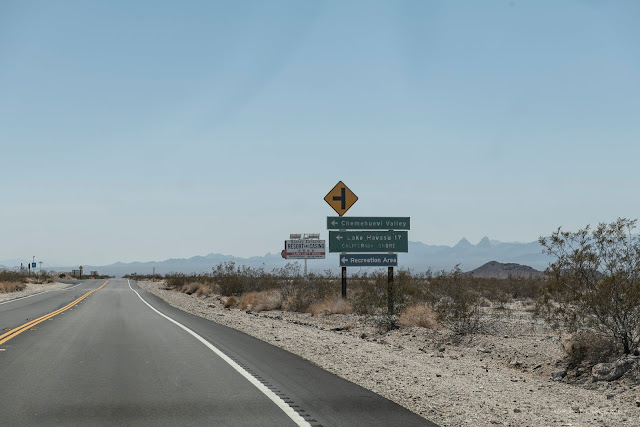 Stayed on Route 66 as far as it would go. Ended up getting off the normal route and taking the five mile road into Mojave, past the Havasu turnoff and all the way down to Chiriaco Summit south of Indio.

Much more interesting than ploughing nose to nose with the other muggles through Barstow and Los Angeles.

Developed a new appreciation for the Chemehuevi tribe, weaving their fabulous baskets and scratching out an existence in such sparse and uninhabitable terrain. Enduring.

I drove back through Indio and the Palm Springs area, made my way through the wind machines and was in the home stretch when I saw that I would have to stop for gas. 49 miles left by my car's somewhat erratic count. 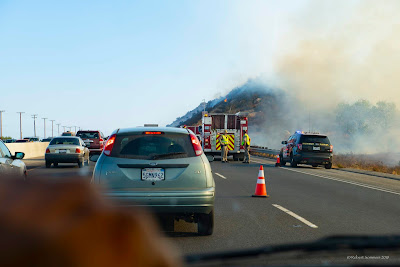 Low fuel light on and blaring at me, I was dead stopped in traffic while the flames now licked up to the road. I was going to run out of gas. I turned the a.c. off to save fuel and baked in the smoke and heat. And waited. Shitting bricks, not for the first time on this journey. 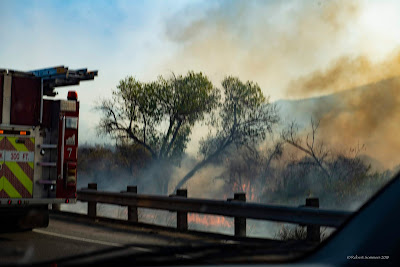 How poetic I thought. I will have almost finished my journey when my car will stop, out of gas right in the path of the encroaching flames and then explode into smithereens, sending my particles careening into the Riverside County mist.

What a dramatic and fitting end to the story! 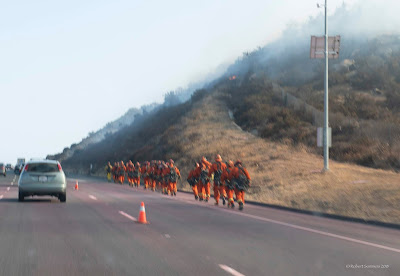 And the novel will still lay unwritten, laying dormant in the bottom file drawer of the old file cabinet in the bedroom that I never set foot in anymore.

Alas it was not to be, I made it to Clinton Keith Rd. and coaxed my faithful but somewhat scarred carriage to the Arco station, we would make it one more day.

Sitting here at discount tires waiting for my vehicle, I had to laugh at the vultures circling your dtain, only because I know the feeling. Shoe leather wrapped wontons was priceless too.

Angst, sardonic humor, and beautiful nature. That signature combination is one reason we love the blast. The (bird) bible traffic stop rescue was the best posting for me on this trip.

You call those Grand Canyon photos "uninspired"? I was inspired!
Barbara