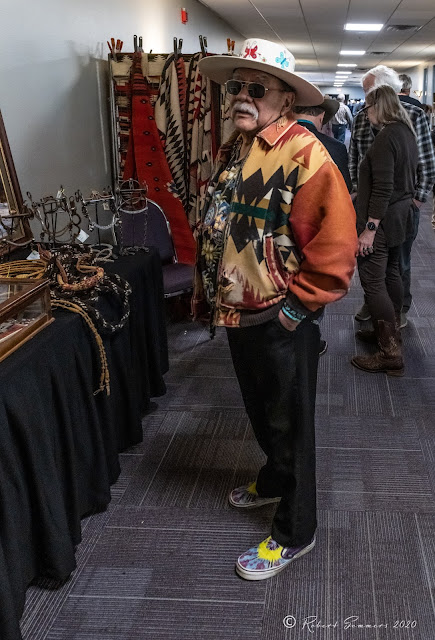 I have just returned from the Old West Show in Mesa, AZ. This is my second year participating in the show and I did things a little differently this time.

Took my car instead of a van, rented an eight foot table in the hallway instead of a twenty foot booth in the main room and split said table with Tony Zimmerman.

The idea was to have a presence instead of a major investment, think it cost me about $185 plus gas instead of a number north of twenty five hundred. Lean and mean. Slept at Barry's house. No charge.

Incredibly, I had a great show, bought and sold well and came home with a lesser percentage of what I brought than I think I have ever done in the past. Definitely a major return on my outlay.

In the words of Sally Field, they love me, they really love me.

Arizona is of course, Arizona. Two of my painting buyers wore Trump hats and one of them wanted to talk to me about Mary Joe Kopechne and Ted Kennedy. I bit my lip and wrote invoices.

Tony is a pro and he knew the half of the people that I didn't know so the booth was a good mix. He sold bits, spurs and riatas, I did my thing. Heard a lot of good stories from the public. 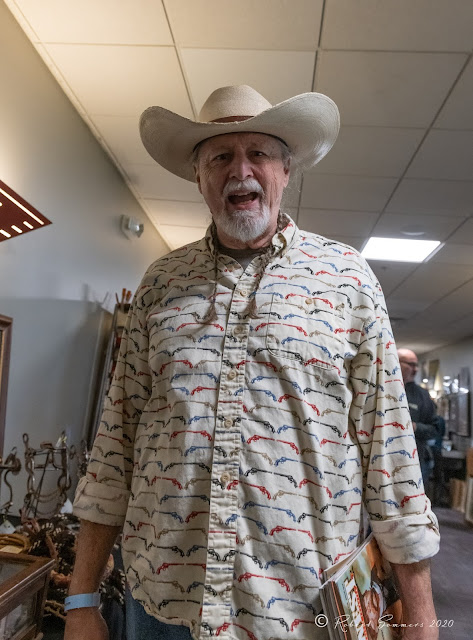 Like this fellow, who talked to me about attending Woodstock while at sub school back in 1969.

Met a rough hewn ninety year old who spent his life playing poker with the likes of Amarillo Slim and Stu Unger, he still had a mighty grip and a neat way of slinging words together. Wish I had grabbed a picture when I had the chance.

Tony is pretty much all business and I think my casual, chatty approach had him questioning my sanity but he eventually saw that it was working and we developed a pretty good flow. 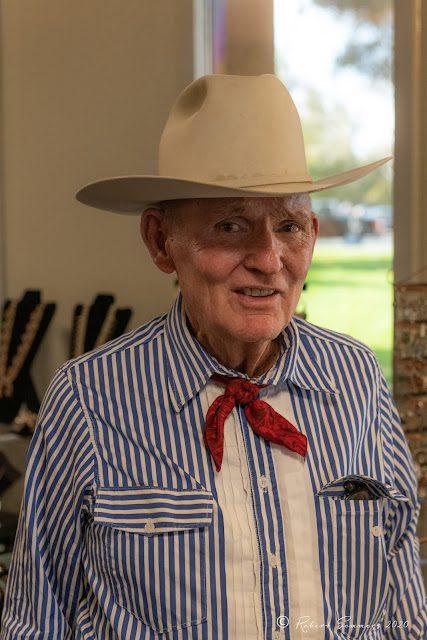 I didn't take a lot of shots but I should have because the people were certainly memorable, both kinds, country and western. 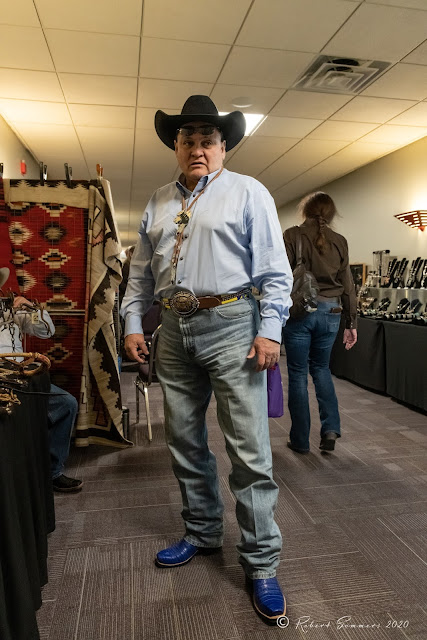 I have always eaten real well in Phoenix and this trip was no different. The Stoops and Calvins got us in to a tough table at Pizza Bianco, referred to by many as the best pizza in America.

Not sure if I will go that far but it was mighty fine.

Had a healthy dinner with Barry and Wendy that we will dissect at a different time as it was beyond bizarre.

You think Californians are weird? Get ready.

Also had a wonderful Korean dinner at Hodori in Tempe. I did not go hungry this trip. 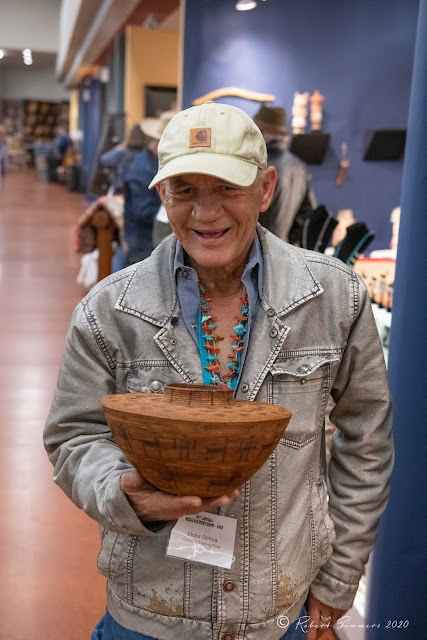 This show lets early buyers in for a hefty fee while you are unpacking so it was basically a nonstop three days for us. 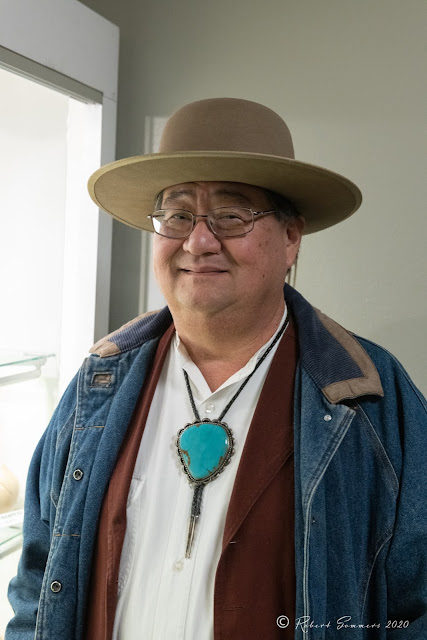 I enjoyed myself but then again I mostly enjoy people on at least some level, just not all the time.

A couple showed up that I didn't quite remember but after introductions I did, long time blog readers who were very happy to see me in the flesh. Has been forever.

I have to tell you that that makes me feel really good and I appreciate all of your support and readership, even those of you I have never met or rarely see.

I thought I would get a jump on the day and drove to Blythe last night. Had something a little strange occur with the car and I am going to take it in tomorrow and have it checked.

I ate breakfast at Elmers it Palm Springs and decided to visit my sanctuary on the way home, the San Jacinto Wildlife Area.

Why not? I worked hard and I deserve a little down time. 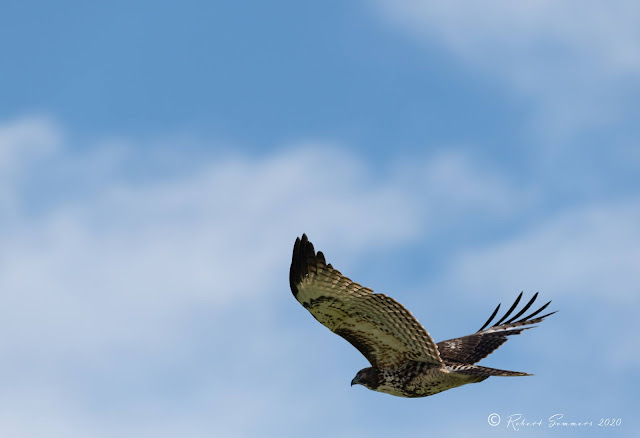 It was a good day, made do with the equipment I had in the car. Spent an hour or two meandering. More people around than I am used to but it is a free country and there are a lot of birds there for the winter and enough space for all of us. 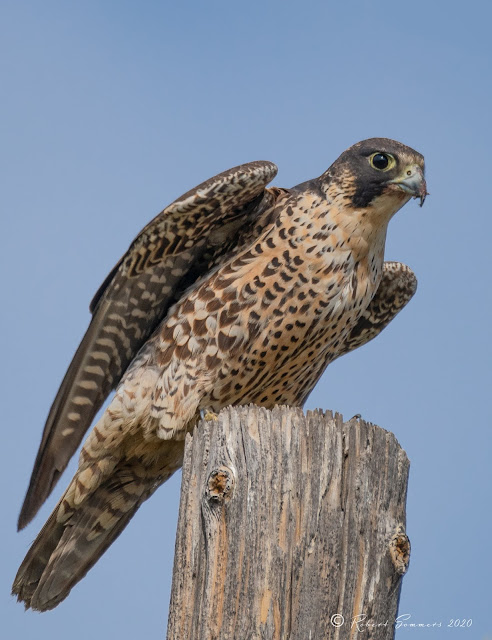 This couple was riding around on horseback. Nice way to spend a Monday. 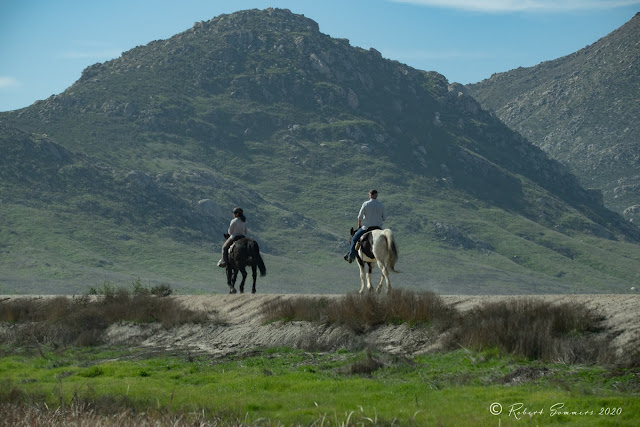 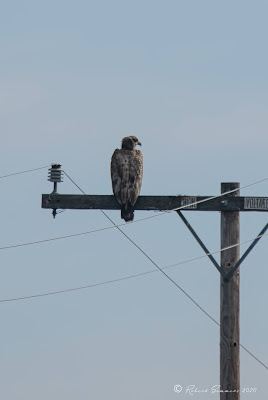 I saw two eagles but they were over behind the fences at the Ramona Duck Club and a little too far away to properly capture.

Lots of hawks, kestrels, red tailed, harriers, even a Swainson's. 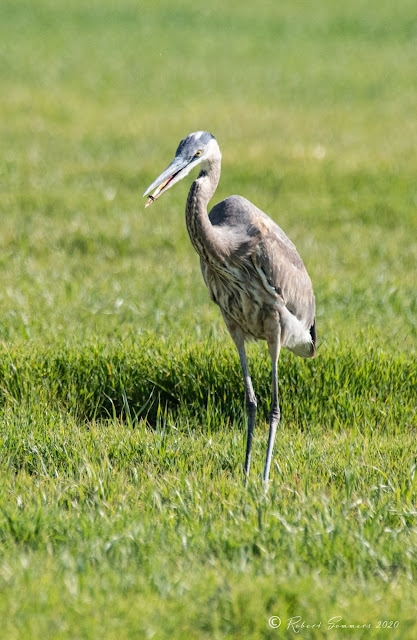 I watched a very patient blue heron latch on to a grasshopper. 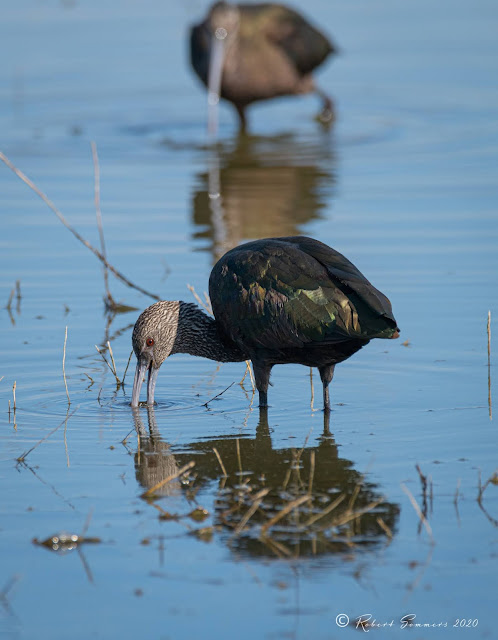 The ibis are still there in great numbers, they like to hang out with the coots, don't ask me why? 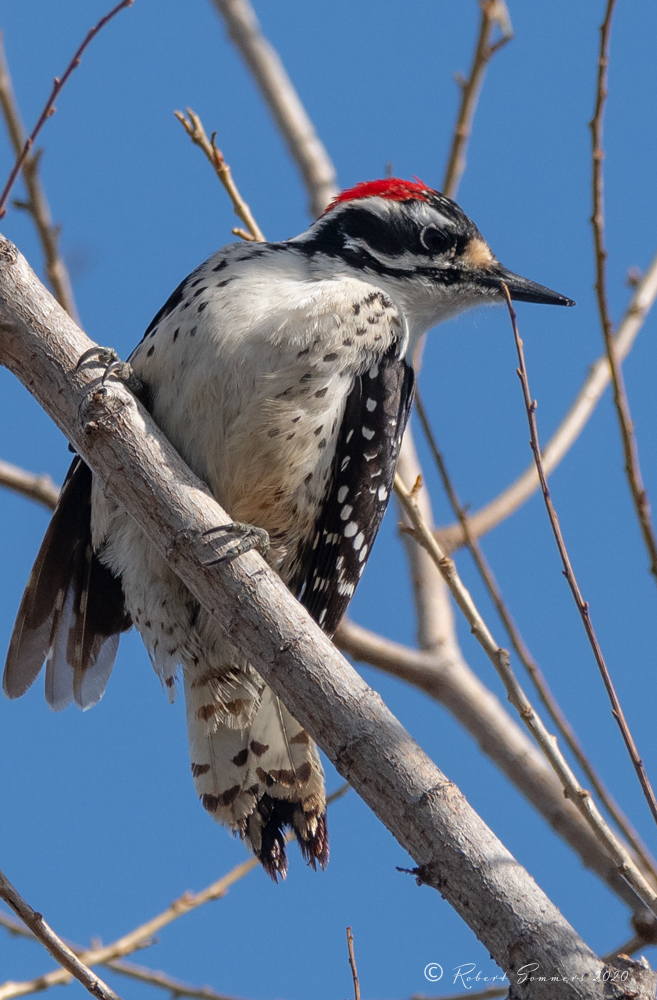 I took a nice long hike, looking for the vermilion flycatcher, which I did not see. But I did see a few warblers and phoebes, a Bewicks wren and a lovely Nuttal's woodpecker. 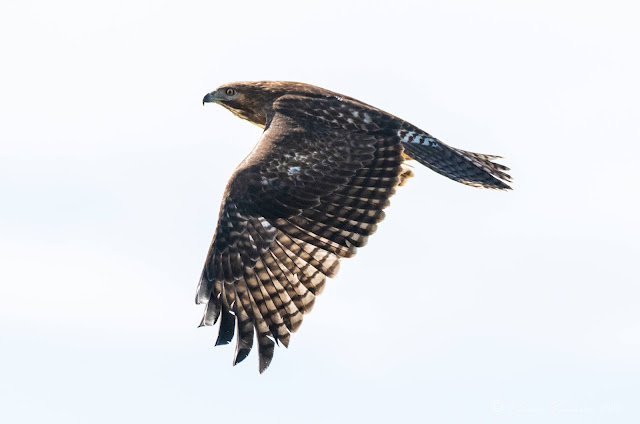 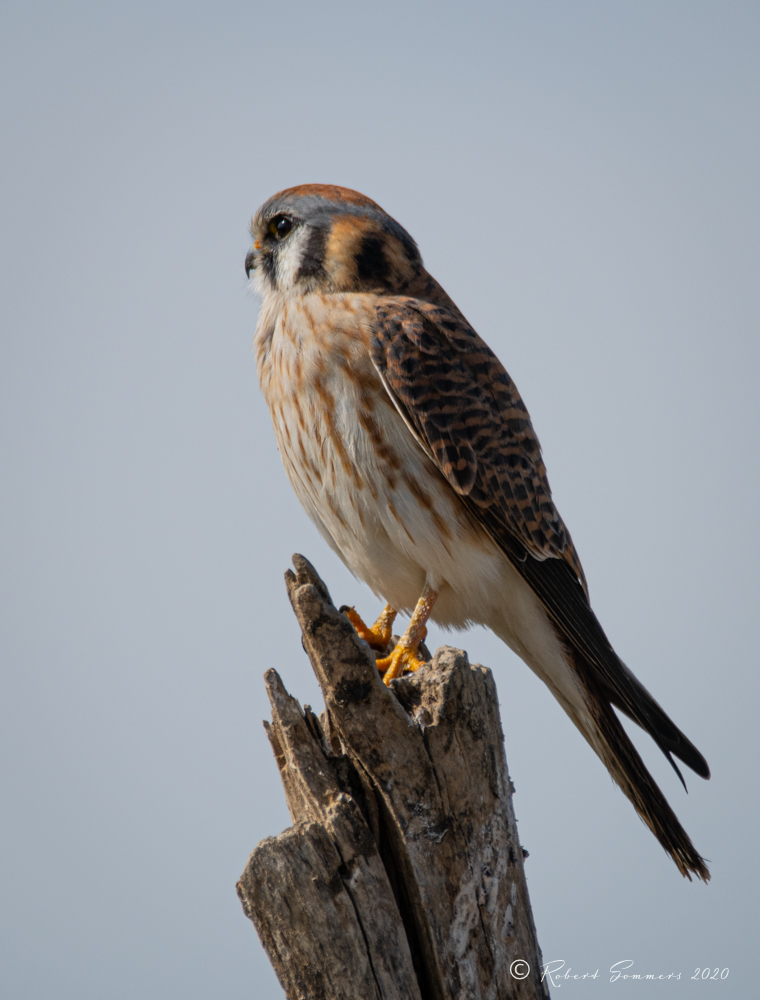 It was by any measurement a lovely day and a fitting ending to what was in actuality, a pretty wonderful weekend.

A lot of my friends are talking about retirement these days but honestly, I would miss doing shows if I wasn't doing them.

I enjoy the camaraderie with the colorful people in my world, some of whom I have known for over forty years.

Like the line in the Grateful Dead song, the landscape would be empty, if you were gone... 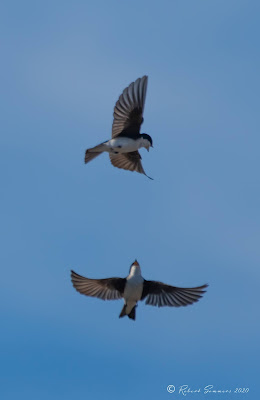 It is hard to shoot tree swallows, they are really darn fast. Need to bring the good lens up there and soon! 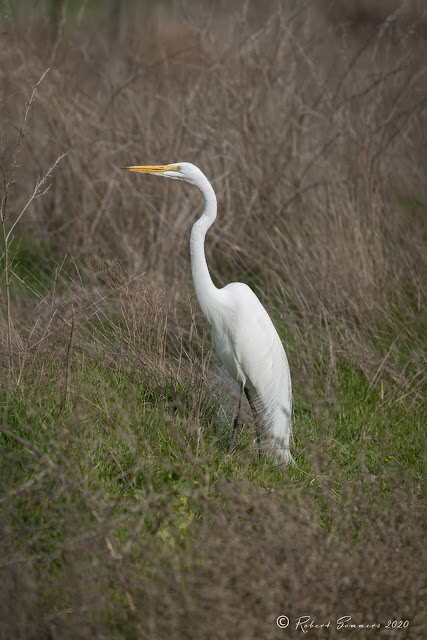 I have absolutely no egrets...

Have to thank everybody, Barry, Tony, Dain, Sue, Steve, Sue, all my pals. Let's do it again.
Posted by Blue Heron at 5:53 PM

U are getting to be quite the bird man!!

lv red wing black birds... and of course all your pics...isend to my grand son and son both like photos...

With buyers from the git go when did make your first raptor run searching for prey (undervalued merch)?

pleasure after work, on the way home Ricardo.