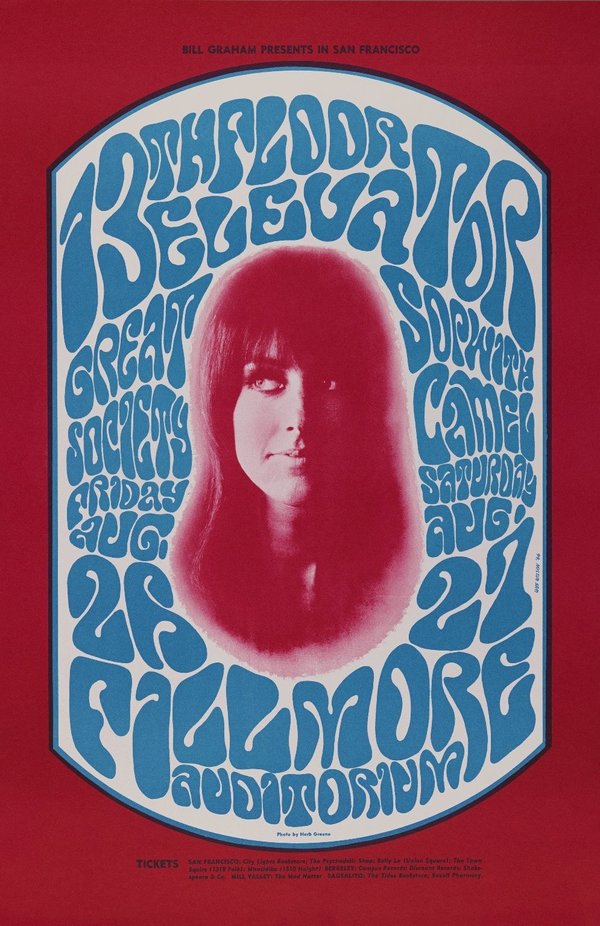 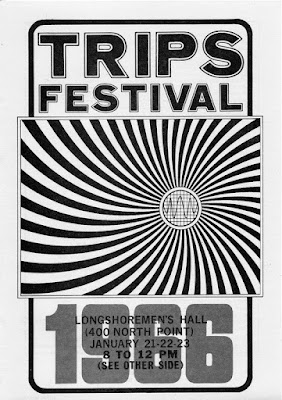 Wes was the first of the big five. He arguably started the psychedelic poster genre with his January, 1966 Trips Festival handbill although Ferguson's Seed Charlatans poster from June of 1965 came first.

It was frankly not very psychedelic and I think can be kindly described as an amateur effort. Wilson also designed the original Family Dog logo for Chet Helms.

He was a wonderful artist and talent. The brilliant Viennese secessionist graphic artist Alfred Roller (1864-1935) was a major influence on his style and lettering.

He pioneered the practice of placing discordant and jarring colors next to each other on the poster in a novel and incongruent way, somewhat similar to the approach of Josef Albers and I think he clearly influenced fellow artist Victor Moscoso in this regard.

Wes was the only one of the leading Fillmore artists I never personally met. He left a beautiful body of work, I guess that is the best thing you can say about any artist.
Posted by Blue Heron at 9:25 AM