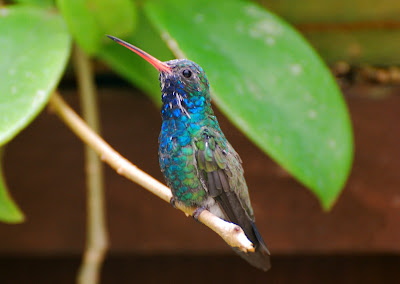 It is a hard task right now to take the blog by the horns and to give it a go.  I have been recuperating since Sunday at Bill and Jean's house, under their excellent care, and Leslie came and picked me up this evening and brought me home.  A week today I guess since the surgery, which isn't a very long time.  I lay on my couch as I type, with Mac perched on my own very legs.
Unfortunately I have had some setbacks and haven't slept the last two nights.  To get right into the muck I will tell you that after a week of false alarms, the North Koreans were not the only ones to launch or lose a rocket on Monday, and it was a cause of real rejoicing for me at least after six days of dry fire. Fuck the Koreans. Anyway, the heavens opened up and I heard angels trumpeting.  Hallelujah!
Now I am completely miserable. Again. I am either reacting to the Norco pain med, whose contraindications I have discovered after a little research include causing urination problems or I have a severe urinary tract infection.  In any case, the reality is that I have to pee every 90 seconds or so and usually manage to get a little burning tortured dribble for my efforts.  I am about to go nuts.
I took a few cranberry capsules when I got home, not having the saw palmetto around any more and get to see the urologist tomorrow to get the staples and sutures out.  Hope he has some swell ideas to get me back on track.  His assistant today said that it can take weeks if the culprit really is the pain meds.  The doctor did inform me the other days that our collective Russian grandparents would never have made it to 51 in the first place so that I should consider myself somewhat lucky.  An interesting guy,  I got a full concert review of the Felix Mendelssohn symphony performance he attended last week that included some boss licks by Raspigi.
I have been chilling and trying to heal, with short daily walks interspersed with my trips to the loo.  Jean has kept me well fed, a little too well fed, with her pie, biscuits, etc. Dang, guess my big operative diet plans have been dashed.  We have played dice and rummy and I have enjoyed their incredible gardens.  So nice to have such wonderful friends, and that includes all of you.  We have been overwhelmed with your messages and phone calls and I thank you from the bottom of my slightly enlarged heart.  I haven't actually been answering the phone but will start to in the days ahead.  Big Dave is trying to schedule a trip down the first of the week but don't know if I have the strength to deal with much right now but short and sweet should be ok. Won't show up at Del Mar, hopefully yes at the Film Festival.
My floozy dog Maddie, the sole survivor, has been whoring around the town, plying her canine charms for any tom, dick or harry that will pet her.  She likes to walk into people's houses or take an invigorating swim in the random Koi pond, sometimes miles from our pad.  I got four different Maddie calls yesterday as my cell pone number is unfortunately printed onto her collar.  Most people are nice, a couple assholes.  I think I will have to put her into a harness restraint until I can dial in the fence she is jumping over and its no work for me for six weeks, per physician.  We got Maddie from an 80 year old woman, Missie, who passed away last week and who couldn't handle her so at least I don't have to take total responsibility for her errant ways.
Since I have literally not slept for two and one half days, I have been forced to view the idiot box, something blog readers know I only do in hotels and hospitals.  Same horrible realization that the human condition is totally collapsing into the venal swamp that I always get along with a couple boring NCAA basketball tournaments and a bunch of car fix it shows. Or wealthy tatted skateboarders performing crassly or shows dedicated to whorey slutty chicks clawing into each other to win Rock/Hip Hop prize.  Best thing was Manhunter - reality U. S. Marshall show and the Sopranos, which is always superb.
I know that Roger Ailes from Fox News declared war on Obama last month, but it is amazing how slanted the thing has really been set up.  Couple beauties caught my eye - yesterday it was that Obama had campaigned as a christian but not been to church yet and that people should be up in arms. Oh, Brother!  Every subtitle is designed to invoke maximum harm as in George Soros, Far Left Financier.  Today was about the poor doctors who might get their panties bunched for refusing to provide birth control.  Uh folks, there was an election.
Had a great dream the other night where I was in Africa, at Olduvai Gorge, the cradle of humanity, homo sapiens style, muscling up an impossible escarpment with my bulging biceps.  When I finally reached my quest, I was transported into a little gift shop with a bunch of old jewish yentas from Miami Beach accompanied by my brother in law Andrew, replete with a seventies era Tony Orlando coiffure and mustache.  Now don't ask me what that one means!
I am going to cut this short but want to thank you all again.  If I can fix these few remaining issues,  I think I will be in reasonably good shape to reintegrate into polite society and get back with you soon.
Cheers,
Robert
Posted by Blue Heron at 10:44 PM