Soon on the road to Oregon. First stop Santa Barbara. Winding through the fires, hoping that the 5 doesn't close down. Oh well, whatever happens, it will be an adventure. Back already locking up... 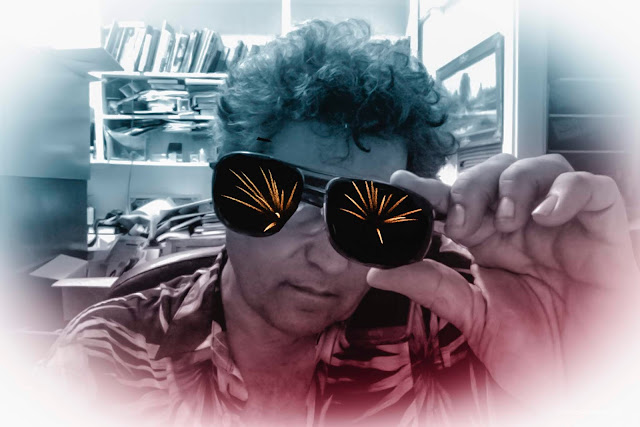 A couple good friends went to see Dead and Co. recently, the current Grateful Dead tribute band featuring John Mayer. Just for the record, they liked it. I would sooner go through a tooth extraction, without anesthesia. Mayer is a fine musician and most of the other performers have been instrumental in my life's soundtrack. But I will take a pass here.

The idiom is played, it's tired, it was stale at the end when Jerry was alive. You can only wring so much out of a musical idea before it gets clichéd and loses its energy. Becomes a powerless mnemonic exercise. The whole jam band thing has gotten quite predictable. Boring. Don't ever really need to hear Sugar Mag again. I got the message, I processed the message. Let's move forward.

Melissa says a lot of young people were drunk and very high at Shoreline. Folks of all ages got the tie dyes out and pretended it was the first time or the last time. Suspended belief and grooved.

This sort of thing exists because there are obviously not a lot of safe spaces to get psychedelic in our world. Serves a necessary function, however moldy around the edges. But I hope that the concert goers don't think they were actually attending a Grateful Dead concert. That stuff stopped in 1995. To each their own, of course. By the way, she said Weir's high register sorties reminded her of a hyena's bark. Ow.  Did say that Bill and Mickey played great. 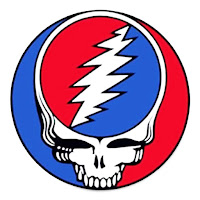 One dead story in honor of my late brother Buzz. I think all of my brothers and sisters saw the dead at one time or another with the exception of maybe Laurie. Liz and Barb went long before me at the Fillmore East. David F saw them and couldn't stand them. John went as a little kid, and I took Amie a few months before she died in the car accident at the tender age of 15. Anyway I took Buzz up with me once to Winterland or Oakland in the late seventies, I forget which. Wanted him to have a little taste.

My brother was quite the playboy in those days, for some reason or another, he scored a lot of very hot girls with perfect bodies in the spandex attire fashionable at the time. Did a lot of things I never dreamed of.

We went in to the show and I didn't see him again until the set break. He may have ingested a wandering hallucinogen or two. I caught up to him.


"How did you like it Buzz?"
"Incredible," he says.
"Really?"
"Yeah. These deadhead chicks are really ugly and they just don't give a shit. It's wonderful," he said without a hint of sarcasm.

He had a legitimate epiphany and was, to pardon the phrase, dead serious. Buzz may have been thinking more with his johnson back then. That is what he gleaned from the experience. Totally cracked me up. He was wrong, of course, there were some gorgeous girls around but they did not present in a style he was accustomed to. Miss him so.
Posted by Blue Heron at 3:34 PM