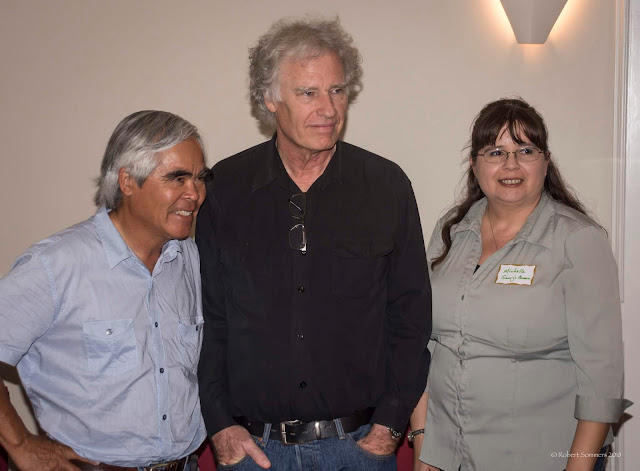 I belong to a high powered photography group in Los Angeles called Clickers and Flickers. Unfortunately we haven't met for a while because our leader Dawn has apparently been pretty ill. I hope she feels better soon. This group has afforded me an opportunity to meet some of the greatest picture takers in the world. Here is a shot I took at a monthly meeting a couple years back.

The man on the left is photographer Nick Ut. Nick has taken some of the most iconic photographs in the world including this one from Vietnam, known colloquially as Napalm Girl. Nick ran the A.P. office in Vietnam. He was wounded three times. This picture won every major photographic award in 1973, including the World Press Photo award, the Pulitzer Prize, the George Polk Memorial Award and the Overseas Press Club award.


Nice to rub shoulders with the true pros. Both of these men have had remarkable careers and were also at the right place at the right time. That takes a little luck and a lot of work. And the ability to stand close to the fire and not flinch. I salute them.
Posted by Blue Heron at 11:16 AM