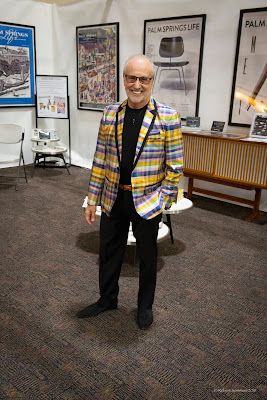 I am back from the first show of my autumnal run, the fall Palm Springs Modernism Show. It is sort of the red headed stepchild of the fabulous spring show. Much smaller but still many of the better modern dealers in the West.

I didn't exactly die but neither did I kill. Made expenses maybe and treaded water.  Never know when something will hit these days.

The promoter is exceedingly good and kind to me and I will keep doing it until they tell me I am no longer invited, in any case. 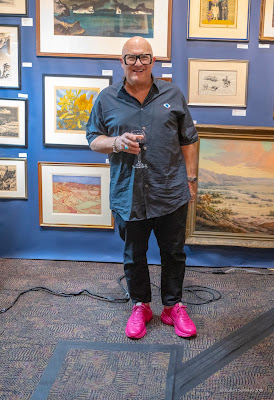 Times are tough right now and shows always suck before elections. I know, I have been doing this for a long time. People didn't seem to be moving furniture but the stuff that was there was really good, it is a shame. Whether people already have what they need or they aren't building or? I'm not smart enough to figure this sort of stuff out. 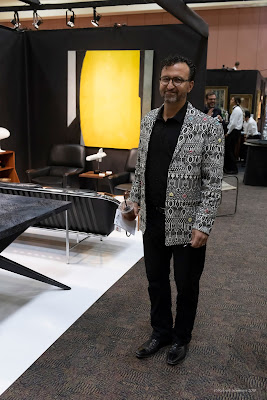 Was focused on business, hardly took any pictures, never even saw Mrs. Barone, but I heard she was as insanely decked out as usual. Tried to be nice and tried to engage but obviously didn't bring the right stuff. The paintings I saw moving were cheap non objective abstracts that probably worked with the color of people's couches.

Pedigree is out, affordable and colorful is in. It is healthy, things were too artist and signature driven. I am okay with that, just wish I had more of it, don't carry a lot of abstract paintings under two hundred dollars. 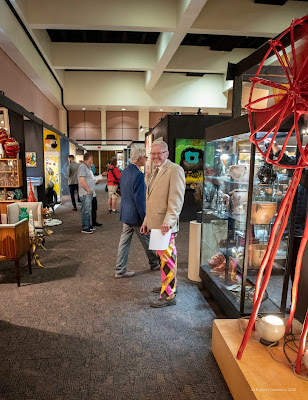 The people watching in the desert is just over the top, different colored shoes, men in dresses, garish plaids, people have a lot of fun down there, in a sartorial sense anyway. 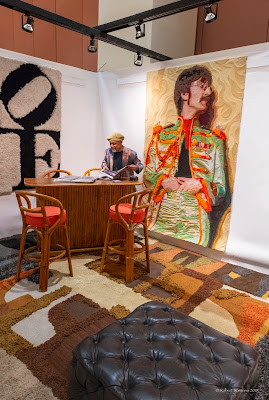 Some people did well, some not so well. Not going to give up.

Have to thank Frank and Joy for putting me up, and Kim Mc. most of all. And Marty and Rick for breaking bread with me. Rosemary, Charlie and Gordon for the tremendous effort they expend for us to put these things on and give us a fighting chance.