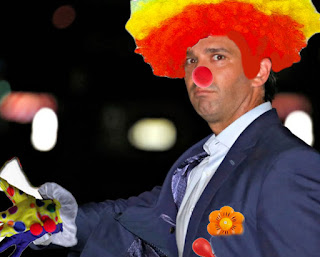 Alex Jones had hisself quite a moment yesterday. So did Lou Dobbs. And Geraldo Rivera. Don Jr. Ann Coulter on board? Sure. Michael Savage? Ditto. Limbaugh? Of course.

All of these Right Wing wackos jumped out of the GOP clown car yesterday to decry the recent spate of bombings targeting prominent liberals as a nasty "Demon-rat" false flag conspiracy.

The nasty liberals were going to blow themselves up for sympathy. 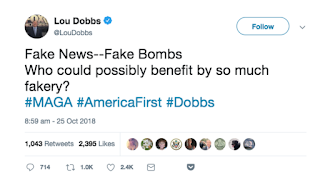 Now the culprit has been found by law enforcement and guess what, he is just what he sounded like he was, a Pro Trump MAGA man. 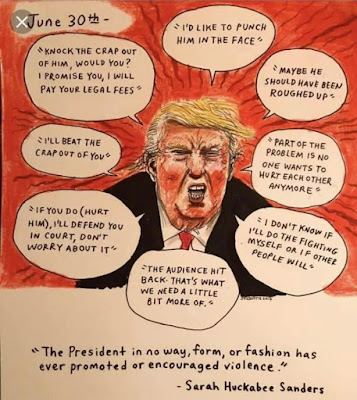 Don't hold your breath waiting for an apology from these stooges. They are too busy scrubbing their social media so they won't look quite so stupid for future historians.

Guy Benson at Townhall perfectly sets out the new narrative being peddled by the conservatives, that it is not Trump's fault, simply the actions of one mentally ill individual. 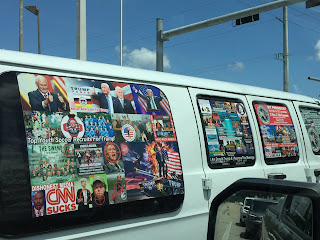 Looks pretty typical to me, in fact more normal than many of the deplorables I run into. Still drinking the bull shit kool-aid.
Posted by Blue Heron at 5:52 PM

Rhetoric matters especially by the Present.... he purposely inflames people with his words and then denies any responsibility... as do the folks in the clown car with him!