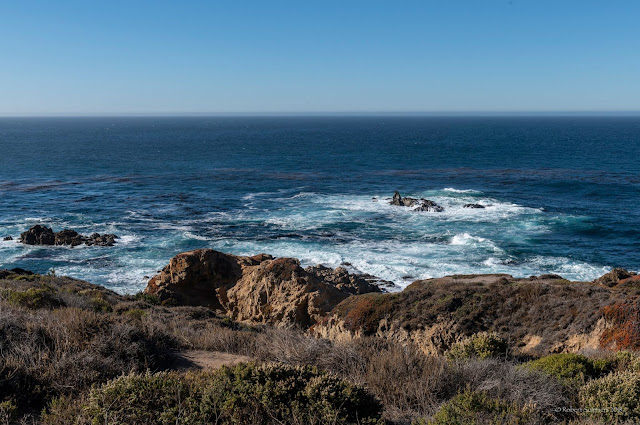 I decided to take slow road south from San Francisco, drive the coast route, maybe snap a couple pics. It was a nice day, sort of hazy and non eventful.  Chill and heal was the order of the day. 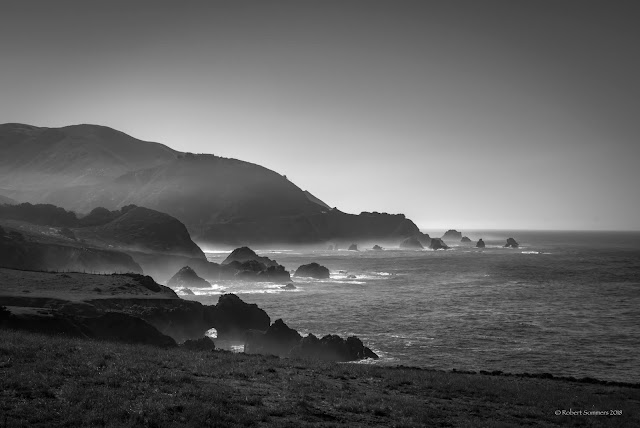 Hardly took any pictures as it turned out. A romantic drive I would much prefer to take with my wife than drive alone by myself. 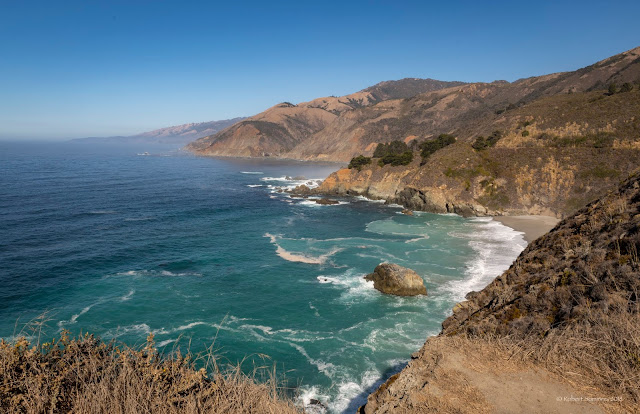 Kind of day and view that would make the folks in flyover country envious but is just sort of ho hum typical for we coastal natives. 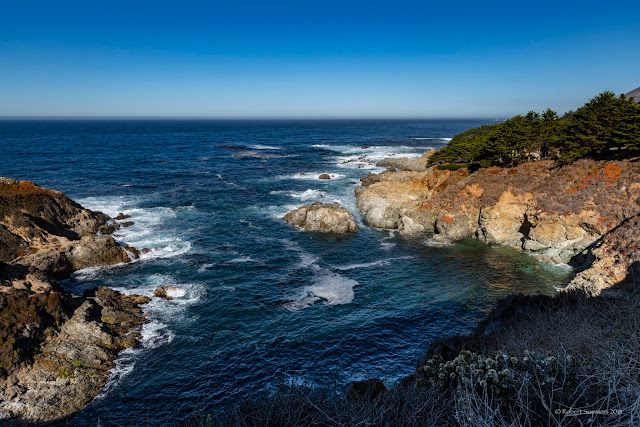 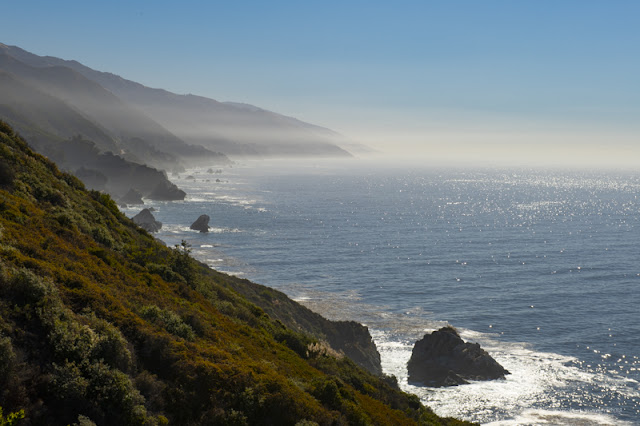 I drove past Point Lobos and Big Sur, drove past Hearst Castle and had a real start at San Simeon. Was I hallucinating or did I just pass a herd of zebras? 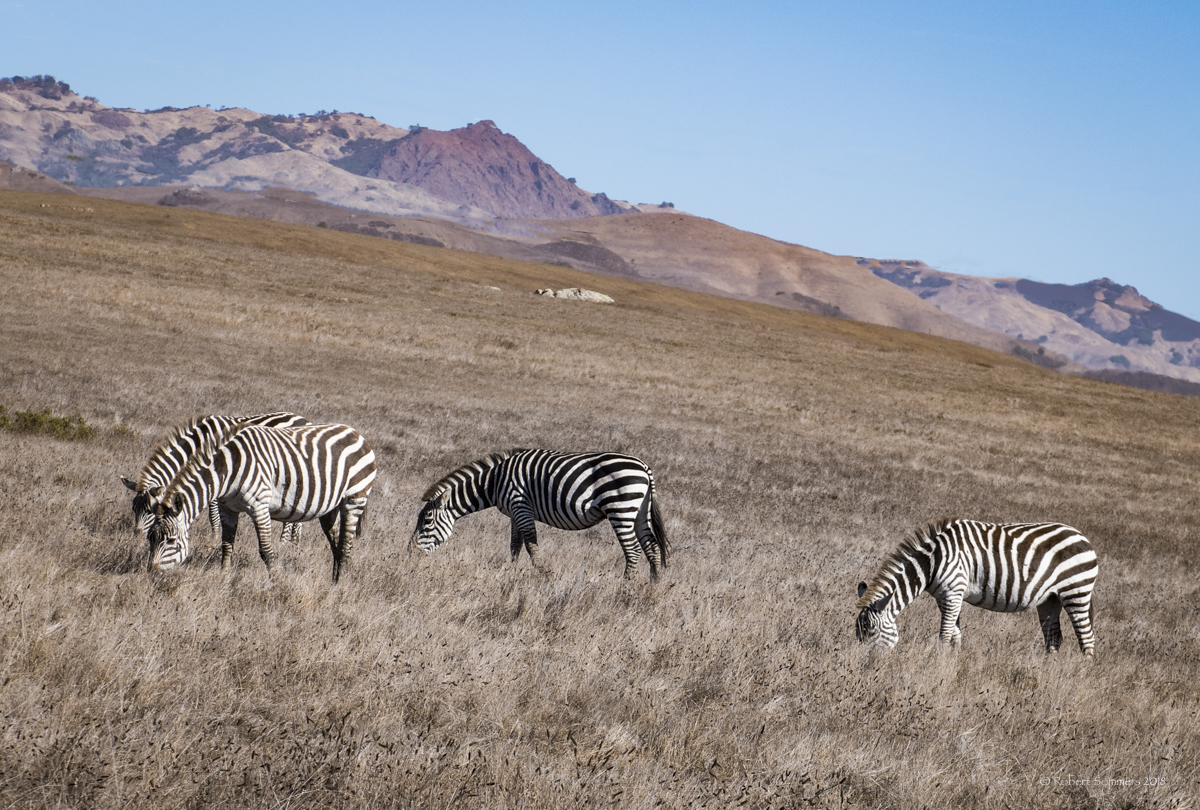 The cold meds were pretty strong but not enough to send me tripping through the looking glass and I have eschewed psychedelic sacraments for several decades. No, these were definitely zebras all right.

I started up the road to Hearst Castle but decided that I didn't want to do it without Leslie and turned around in the parking lot. But I would have to find out about this zebra thing. Or was it merely a refuge for the poor painted donkeys in Tijuana when they have outlived their usefulness?

Turns out that the zebras had been there for a long time. Hearst had the most fabulous private zoo in the world. At one time the zebras were accompanied by white fallow deer, antelope, zebras, bactrian and dromedary camels, sambar deer from India, red deer from Europe, axis deer from Asia, llamas, kangaroos, ostriches, emus, Barbary sheep, Alaskan big horned sheep, musk oxen and yaks. Giraffe were kept in an enclosure by the main road. This is in addition to the normal lions, tigers, bears and whatnot that he also kept.

Hearst, believe it or not, was going broke in the late 1930's. Bactrian camels ain't cheap. He disbursed his zoo in 1937. But the hardy zebra had gone wild as well as the elk deer and llamas that still exist and are occasionally sighted on the ranch.

Continued on to Morro Bay for a bite and a pee. Throat hurting, I had been living on soup and was looking for chowder. Found Giovannis on the pier, had great clam chowder and delightful fresh halibut. So good. 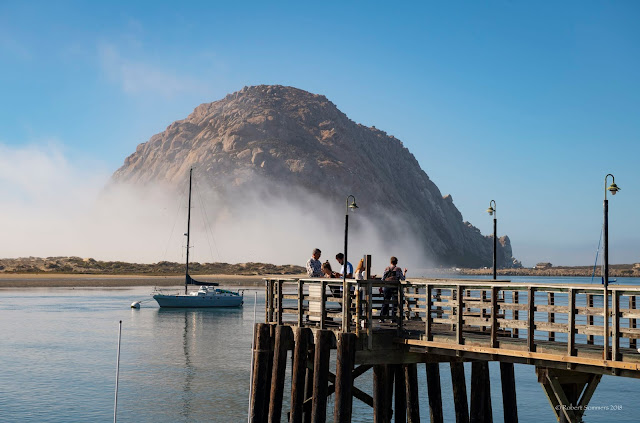 Nearby Morro Rock was nicely occluded by fog. It was a perfect lunch. Grabbed my camera for one last shot and never touched it again. 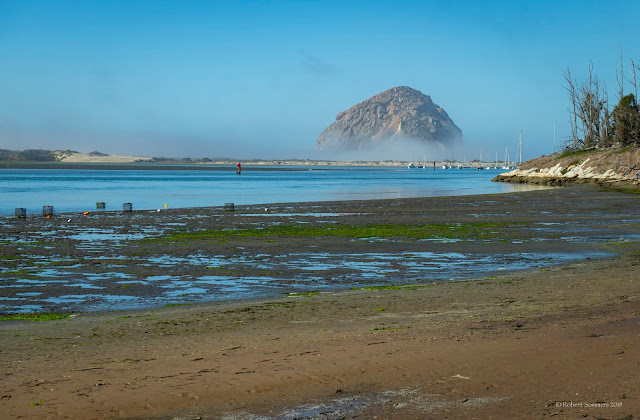 Made it home around midnight last night. Took the 126 through Santa Paula, the 101 still closed in both directions at Reyes Adobe because of the fire. Poor people, my heart goes out to them. Another show starts day after tomorrow. Let me at them.

I admire your work ethic and your positive spirit.