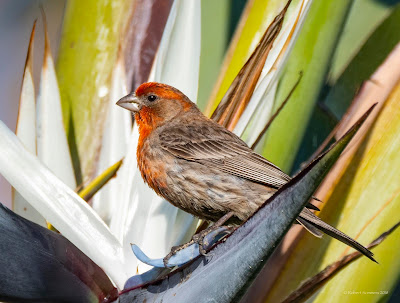 I mentioned to my wife last night that at 851 posts and counting, this year's blog total is set to be my second most productive year ever.

It has been a steady progression upwards from 2014's nadir of 246 posts (the year I quit for six months), which was probably a personal hangover from 2013's mega tally of 1130.

She pointed out that I had not been writing the long opuses I used to write, which is certainly true. It just doesn't feel like I am working that hard this year, remember when I would put out seven solid posts a day in my glory years. This year came pretty easy.

Less politics these days. Don't feel the need to alienate those that may not agree with me, would rather find common ground.

Ran out of things to say, issues to cover, guess I have already said my piece. Now you get more birds, less outrage. I started reading through some of the early blog years the other day and I note a couple things. My photography has got a hell of a lot better and a lot of my old links no longer link. Many video posts are now officially dead.

The one thing I have not been doing, in years really, is writing fiction. I go back to 2009 and I was smoking with the short fiction back then. I just reread a bunch of stuff and I am still proud of it. But I can only write fiction when I am flush and not freaking out about how the bills are going to get paid and I am just not feeling that secure anymore.

Hope I can get that freedom back one day, there is nothing like it. Would be nice not to stress and to feel that creativity again.

*
I wrote a pithy note to a younger brother who obliquely ruffled my feathers recently. With his permission I will one day share it with you.

*
You folks did a nice job on the annual pictures thing this year, thanks a lot. Still time to send yours in.