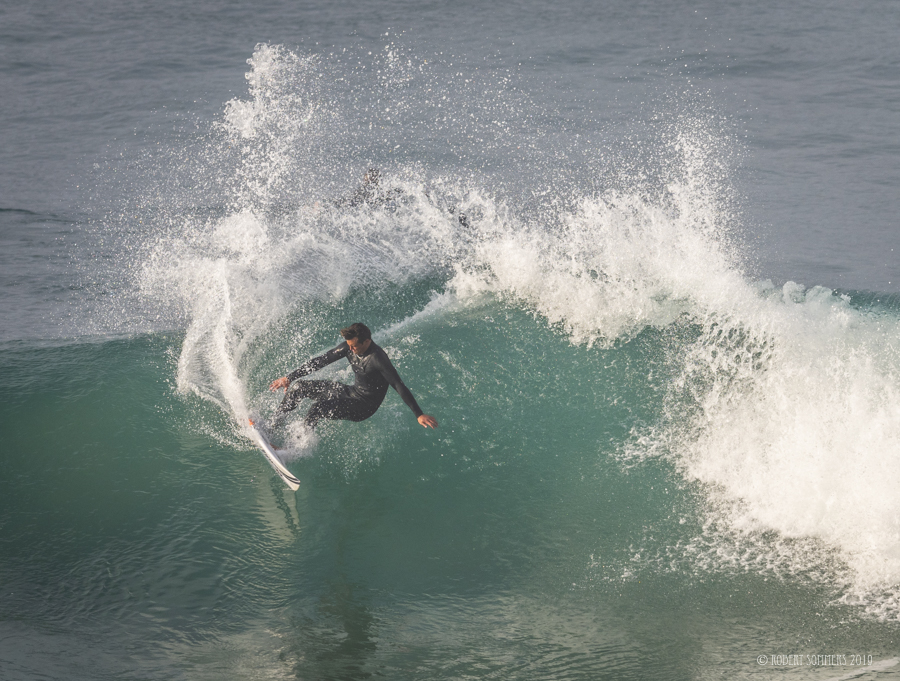 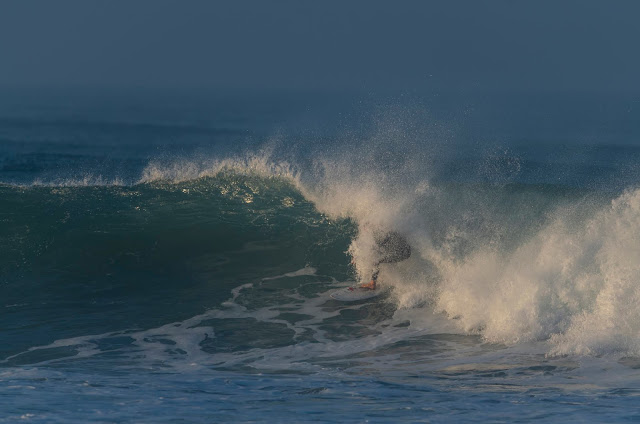 Mike called yesterday and said that surf was supposed to be up to eleven foot high today and did I want to take some shots with him this morning? Sure. I met him at the market at six and after a quick stop at the donut shop for a cup of coffee we drove to Cardiff Reef. 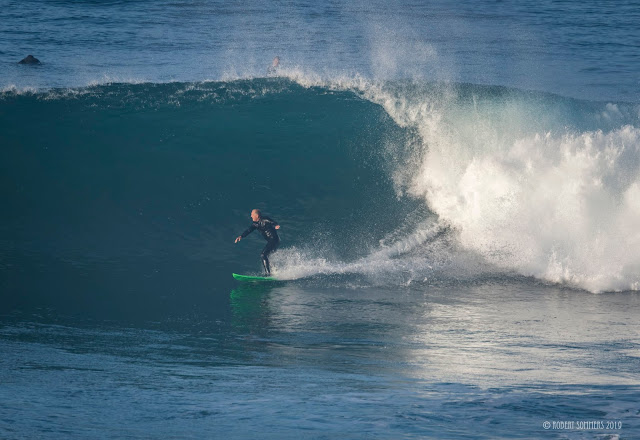 The surf was pretty big and the form was excellent. Beautiful morning! We saw what looked to me were occasional sets with faces that were at least twelve feet tall and heard that they were up to fifteen earlier in the morning. Saw a couple of nice tube rides. And a lot of spectacular wipeouts. 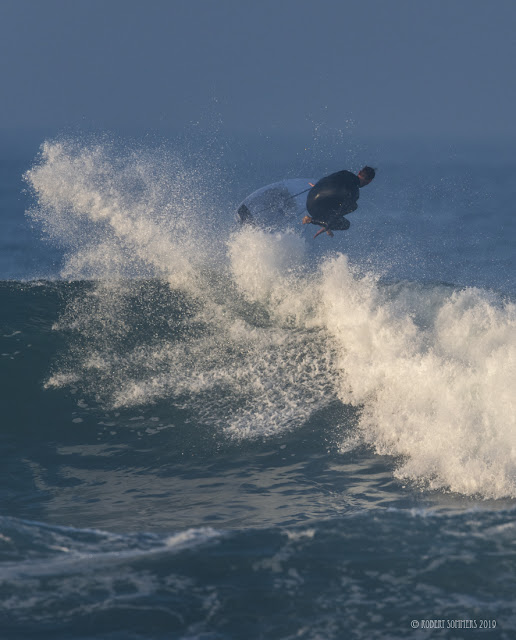 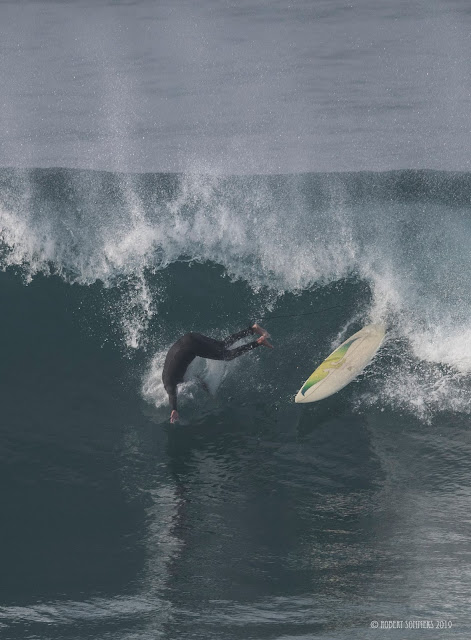 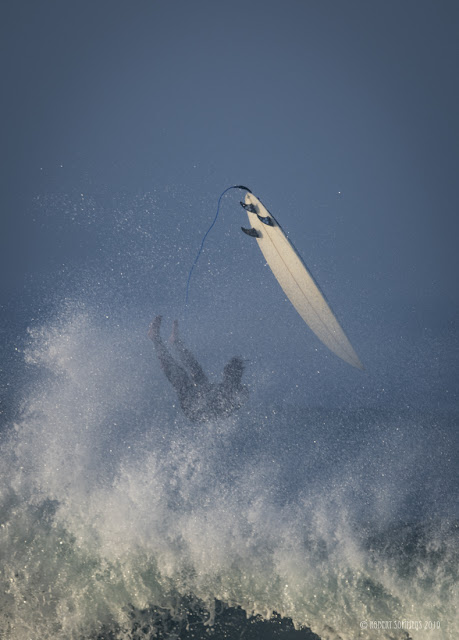 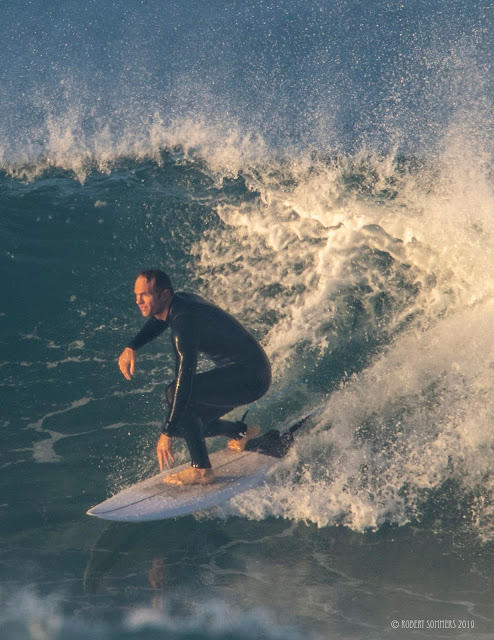 Unfortunately not only was it a little hazy, I sort of forgot what I was doing and did not do a very good job capturing the session.

My autofocus was bogging down in the whitewater contrast and I should have tried to grab more depth of field.

Haven't shot the waves with the prime in over a year. Need to learn how to shoot surf photographs again. Next time! 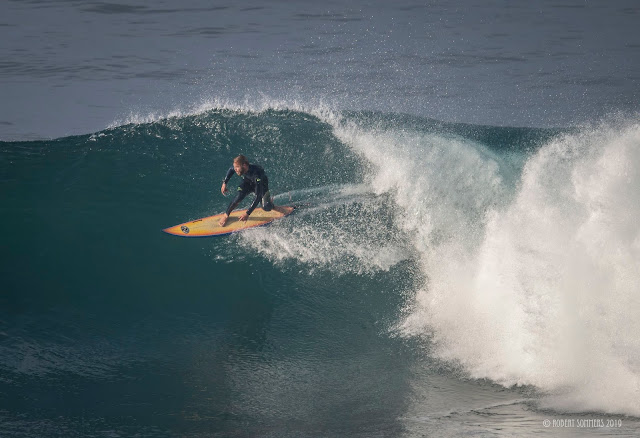 Still I definitely had fun and can't wait to go back on another big day. We eventually moved to Swamis and the waves were even nicer there. Lots of people out in the lineup. 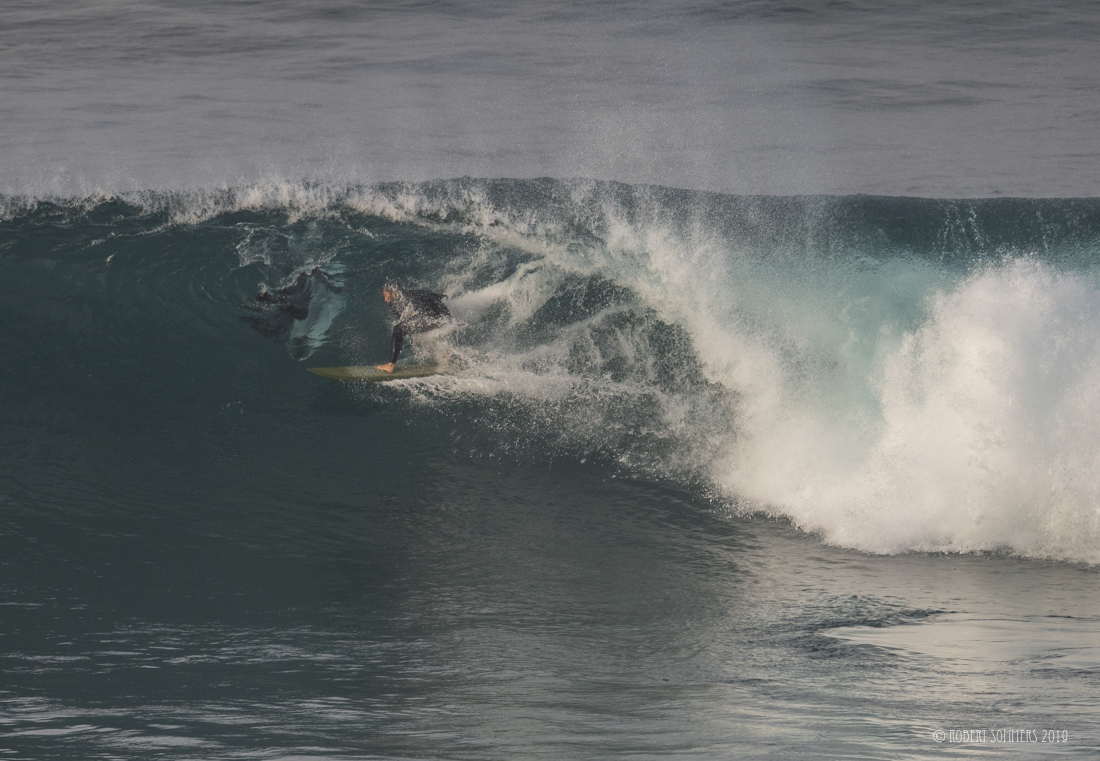 We drove up to Grandview, near my old house. That was real nice too. Afterwards breakfast at Honeys and good to go. Hopefully next time I will have it a little more together! Thanks for driving, Mike.
Posted by Blue Heron at 4:26 PM

Fun, fun, fun! Nice shots....I have at least two that are identical!