I was at a dinner party last week and a friend asked the group how long they hoped/wanted to live? He announced that he was thinking of 130 or 140. Another fellow offered 110, 120. I said that I would be happy if I could hit my next birthday.

I guess I should fill in the conversation a bit. The man who made the query was talking about the new frontier in aging and longevity. He mentioned the Google resident genius Ray Kurzweil, father of the concept of singularity, who he said was a sixty something who now lived in the body of a forty something. The first immortal. Some time ago Kurzweil came up with the idea of nanorobots that would course through your veins and keep your systems working optimally. Who wouldn't want to extend their life? Well, maybe me... 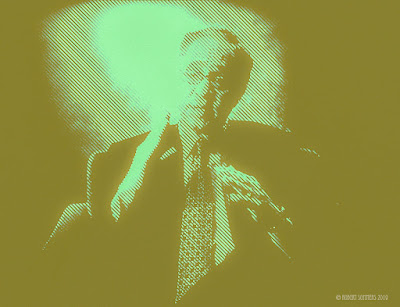 I looked up Kurzweil, who I have  touched on before here. Hate to say it but he didn't look so good to me.

The futurist, who wrote the book Fantastic Voyage: Live Long Enough to Live Forever, is down to 100 supplemental pills a day from his high of 250. Undergoes weekly intravenous longevity treatments. Chelation. Much more. Think a super smart Keith Richards. And very self absorbed.

I believe that I am in the minority on this one. I would not want to live beyond what has been the norm the last forty or fifty years. I have packed in every ounce of life experience I could muster in my paltry sixty one years to date. I will leave with nothing left on the table, knowing I have gone for it at every opportunity. Will I have things left on my bucket list? Who doesn't. But nobody gets to do it all and it is a bit unreasonable to try, at least in my way of thinking.

I remember hearing an old Russian folk tale in kindergarten about a man who was granted his wish to live forever. As you might imagine, it quickly became a curse. Losing everyone you have ever loved. Tiring of life and never being able to undergo the cessation, the final sleep. Sounds horrific.

We seem to have a rather finite productive period in our lives. Even if it was extended significantly, an exponentially larger group of older people living past the century mark would put a large burden on the young. Is that fair? Those that have tried to eat of the tree of knowledge and desired immortality have been struck down in a plethora of myths since time immemorial, from Pandora to Adam. The first had an eagle eat his liver for eternity, while chained to a rock. Ouch.

Perhaps artists are somewhat different in how we wish to leave our mark, think Hendrix, Morrison, Joplin, the twenty seven club. Or those denizens of Thanatos who exercised even more complete control of their final exit, like Plath and Brautigan. Say your piece, make your mark and split.

I never thought I would make it this long, frankly. I was told by a doctor that I had no more than three days to live at the age of 16. After three years of fighting chronic interactive non a, non b hepatitis, my pancreas emptied out, my feet started itching, vomiting bile, I actually started the process of dying. Necrosis. Down close to 125 lbs. Won't go into the gruesome details, saved by my mother's care and prayers, I made it. Then the eight years of continual bladder and kidney cancer. Which returned twenty five years later.  And an incident after open heart surgery where Leslie and I were informed that I had less than two weeks to live. Which turned out to inaccurate but was taken very seriously at the time. And there have been more.

I learned long ago to live for the day and be good with that.

When you face death on a semi continual basis, you make peace and stop clinging to life in the same way a healthy person might. At least in my experience. Appreciate the moment. But a desire for eternity? No thanks. You might wrestle with death but declare victory? I think not. When my ticket gets punched it gets punched. And I am most happy with that. Maybe people who have always been healthy can't grok that.

Infidel753 wrote something tangential to this conversation on his blog today; A century from now people will look back on our time, which passively accepts aging and natural death as inevitable, with the same pity and horror with which we now look back on the age that accepted its helplessness in the face of the Black Death as something normal.

I don't know why this type of thinking is so antithetical to my own but it is. I recognize that my attitude may be in the minority. I hate the thought of gene editing too, imagining a world of perfect children with perfect teeth with all the mad skills one might pick out of the catalogue. I personally don't trust humans with such power. But a large majority of young people today favor the practice. I think I am outvoted.

Can you imagine how world weary a centenarian might get, watching humanity continue to devolve and others continually repeat the same tired mistakes? Give me a final chapter any day.
Posted by Blue Heron at 12:24 PM

As you say: Full on. To be ready, willing, and thankful when the hand is put on our shoulder....
Not easy but I choose the same way of living too: like the plants and animals. Any other way is a waste of time.
Of course, we have to strive for it, mindfully and mindlessly at the same time; it seems to come naturally to all the other living things.
Were we only so pure of heart.

Since I'm mentioned here, your readers can see my view on such questions here if they're interested. The prospect of curing aging is a topic I've posted on quite a bit.

Appreciate your input. All opinions stem from our own individual life experience I suppose. I tend to look at engineering solutions to existential questions with a degree of skepticism.


What if you could be made completely healthy somehow - using nanobots, or whatever - would you not want to live as long as possible? Refurbishment/rejuvination technology would be the first step on the road to extreme longevity.

Don't know that I'd want to take hundreds of pills every day or some endure weird shit like Keith Richard's blood cleansing routine, but I wouldn't mind living four or five hundred more years. Long distance space travel might happen in a couple hundred years. I'd like to help colonize some planets, maybe meet some aliens.

To each his own. Call me old fashioned.