I know I said that it was my shutdown but now it is officially your shutdown. But we are no longer using the word shutdown, okay? It is now a strike. And it can go months if not years. And all those federal workers getting hurt? You know they're mostly democrats, don't you? The Safety Net? They'll be safe when we get a border wall. Can they hold out? Not my problem. And I never said it had to be concrete, I don't care what you have on tape. Did you know I would have made a good general? Everybody tells me...In fact, I know everything better than everybody.

*
Poor Mike Pence, trying to make a deal and not give on anything this weekend. Because his boss, il orange duce, the general, cut his legs off the last time he said they had a deal, after he had received the okay from el jefe and after Mitch McConnell and the Senate had voted for it. Now the House passes the very same bill the Senate approved and it's suddenly no good. Because Limbaugh said so. No wonder the people around Trump are skittish, he pulls the rug out from under his own troops every time, some general. I don't blame McConnell for stepping out of the picture. He isn't going to put up with that moving the goalpost thing again. A deal is a deal. Trump's word is about as good as Lindsey Graham's assurances of it. The man can not be trusted, the man has never made a mistake in his life and is obviously the most brilliant leader the earth has ever seen. And every real general he has ever worked with is a dog, plain stupid and/or a democrat. The teflon don. Always right.

*
For a guy who is supposedly a great deal maker, the guy has shown me nothing. All he knows is threats and brute force. Kindergarten stuff. I am going to scream and throw a tantrum in the sandbox until I get what I want. Most adults understand that you are not going to get everything you want all the time and that you need a few more transactional tools in your quiver besides lashing out and holding your breath.

But if your pop was a rich racist real estate developer who babied you, started you off with a few million and let you run the family business into bankruptcy on multiple times, the rules are indeed different. So the orange buffoon can stand up there and make a total mockery of our republic and his accomplices in the Senate and Supreme Court can stay silent and nervously fidget while eyeing the portent of the whole house of cards imploding before the next election cycle.

*
This idea of shutting the border with Mexico completely by executive order as he declared the other day. How ludicrous. Do you know how much business is transacted annually between the two countries? Over $557 billion dollars in 2017. Think all those rich but loyal Trump supporters that depend on cross border trade in Texas are going to cotton to shutting it all down?

Mexico is our third largest trading partner. Makes a lot of sense to slam the door on them. We Californians export an average of $127 million per day of merchandise to Mexico and also import an average of about $73 million per day of goods from south of the border. The President would hurt lots of people on both sides of the border if allowed to indulge and make good on his infantile threats. By the way Trump's hated NAFTA was a major success by almost every metric, it more than doubled trade between its signatories.

*
The President says he can declare a national emergency and do what he wants, when he wants it. Build his stupid wall. Harry Truman tried to do something similar once.

On April 8, 1952, the day before the steelworkers’ strike began, President Truman issued Executive Order No. 10340. It directed Secretary of Commerce Charles Sawyer to take possession of the nation’s privately owned steel mills and keep them running.

On June 2, 1952, the Supreme Court, by a 6–3 margin, ruled that President Truman’s seizure order was unconstitutional (Youngstown, Sheet & Tube Co. v. Sawyer, 343 U.S. 579). Justice Hugo Black, writing the majority opinion, concluded: "The Founders of this Nation entrusted the lawmaking power to the Congress alone in both good and bad times."

It would be interesting to see how this current SCOTUS would swing, if faced by a similar pronouncement from our mad king. I am sure Alito and Thomas would cover for Trump if he was shooting salvation army bell ringers from his limo. Not sure about Kavanaugh or Gorsuch but I think Roberts would do the right thing if our leader started acting like a madman. Or should I say, more of a madman? Hope that we never have to find out. We don't give anybody absolute power in America, or at least we didn't. The Republican Senate, with two or three notable exceptions seems all in with Trump. Wonder what the people in charge of checking and balancing will allow our country to become? 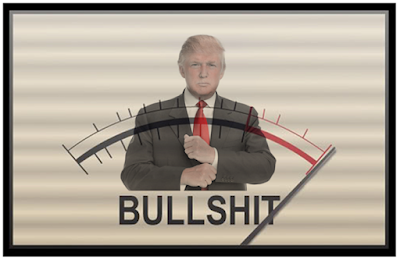 *
Alan Dershowitz had a shit fit the other day, said that calling Trump Hitler demeans the holocaust. I think he is a little mistaken. It is not that Trump is contemplating genocide that makes people refer to him as a Hitler like character, it is the fact that he comports himself like an unhinged lunatic and has no respect for the truth. People, and I include myself here, are worried about what our orange emperor is truly capable of? The blind tolerance of his base, no matter what, does remind me a bit of 1938. Yes, I do think this is how fascist authoritarian regimes start.

*
Did you hear? 18 immigrant children died under while under custody of the Obama Administration? Trump has only lost two kids so far, he's doing great. Well, the first thing never happened.

*
A couple newspapers, like the Post, suggest that since Trump campaigned on the wall, we should give him just a little piece of it, let him save some face with his base. Give Trump a small win and be done with it for the next two years. Give the baby his bottle and maybe he will stop screaming. Sounds absurd to me. Can you see the GOP giving Obama any sort of win if the tables were turned? As Beto amply shows, the Wall is a stupid proposition on many fronts, especially since the boundary is in the middle of a river for quite a stretch..

It requires more eminent domain and taking of private land, more no man's land, more militarization of our border, more environmental degradation, seals off animal corridors, splits off native communities like the Tohono O'odom that have existed on both sides of the Rio Grande long before there even was a United States or Mexico.
Posted by Blue Heron at 7:39 AM

We do have a humanitarian crises and it is not the Southern border. We still are having school shootings and massacres and our leaders are still sweeping it under the rug.