Got clearance for coffee Wednesday and had my first cup in over two weeks today. Gawd did I miss it! The tea thing was simply not cutting it. No wonder the British empire is in such shambles, fueling itself on weeds and brambles... 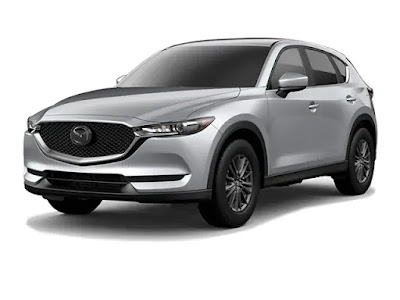 Bought a car too, paid a bit more than I wanted to but got a lot more in the bargain, I think I will be happy.

I found the only silver, touring model, all wheel drive, Mazda CX 5 in Southern California. I know because I personally checked every dealership.

They threw in a preferred trim package with moonroof, power gate, 10 speaker bose system, tush warmer, amongst other things, the whole nine yards.

Luxurious car that looks and performs way beyond its paygrade.

Leslie liked the metallic gray, which is admittedly a premium paint color and very sexy but I was trying to visualize what would look better dirty. So I went with silver. Or should I say, sonic silver metallic?

Because I know me and my road.  And I asked the guy washing cars at the Carlsbad Mazda about which ones showed dirt the worst and he said the black, white, blue and red. He thought the silver was the best. So there you go.

We pick it up in Culver City on Sunday.
Posted by Blue Heron at 10:36 PM

Congrats on both counts. The new CX5's I've seen on the road look really nice!

Sounds like a good choice. Does it have satellite radio?

Saw a Bronco 2 with a for sale sign on Pecos Trail the uther day...coulduv flown and had it yesturday...duh!