It is odd but due to the most recent illness, I have lacked the motivation, passion and drive to do three important things in my life, those pursuits being writing, photography and eating. I have never been one to fake it so I have slowed down.

It is no big deal. There is certainly enough of me out there in terms of pictures and words to take a long break and I could also obviously drop a few more pounds. One day I will get all three appetites back, I am sure. Already have a bit of an itch to start shooting portraits again...

So I will wait until I am feeling it, things may go on a bit of a hiatus until I meet the muse again. Or you folks can pick up the slack and I can play editor for a while, which is something I really enjoy. 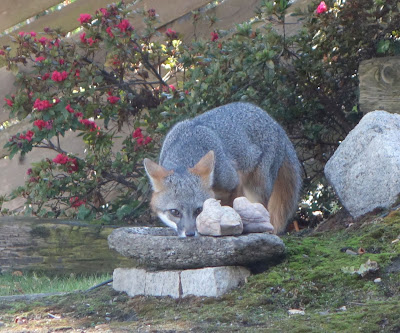 Warren Gammeter sent me this picture of a foxy visitor to his Northern California home.

Pat liked this apostasy of a youtube clip from Lewis Black, which is rather sacrilegious and not to be viewed by the easily offended. 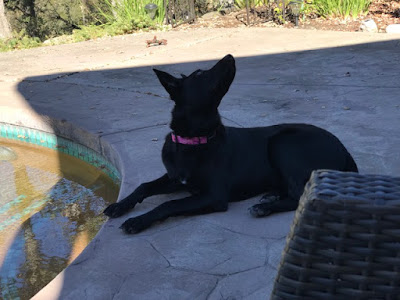 Steve S. got a new rescue dog, Ryder. Not sure who is rescuing who. 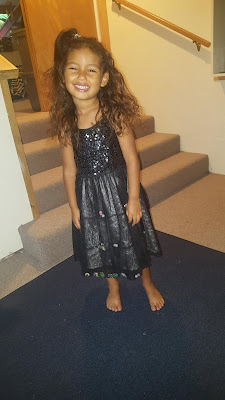 Jerry H. sent over a picture of his four year old granddaughter, Jude. 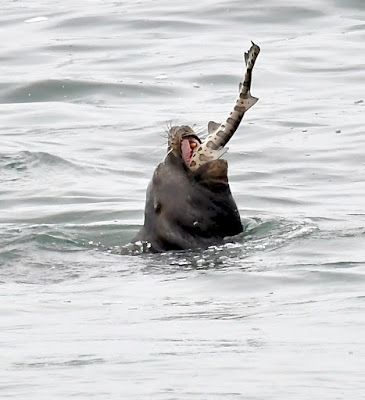 Bob Booth is taking some nice pictures, like this shot near Carmel and a pet spider. 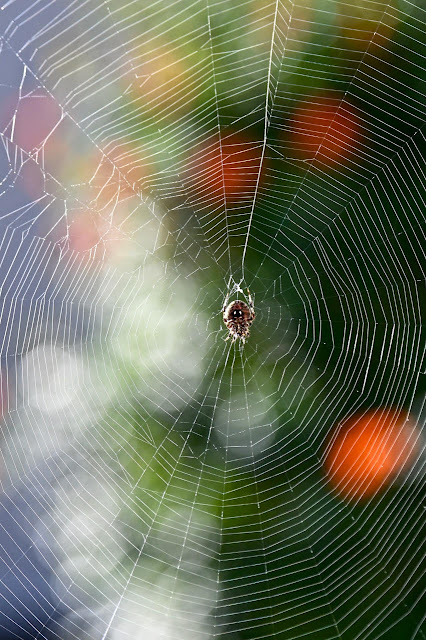 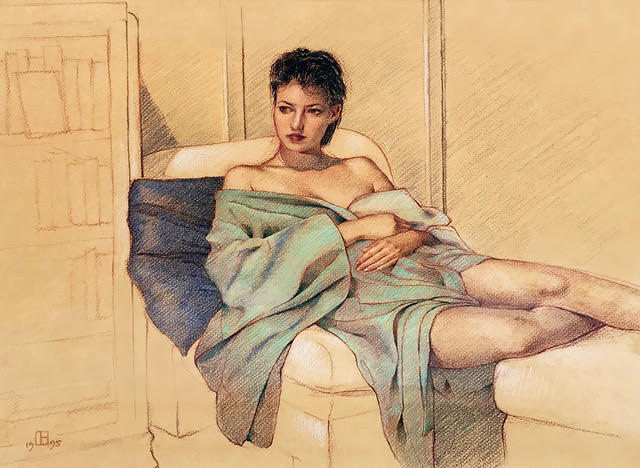 A 1995 drawing of the lovely Claudine by Millard (John Fillmore). 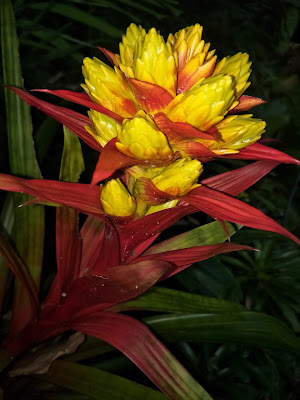 One of Shawn's amazing bromeliad flowers in Thailand. 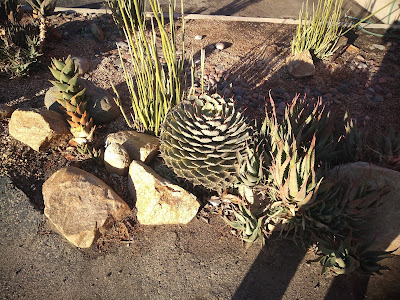 Speaking of plants, I am really smitten by the agave in front of the art center. I love its compact shape and variegated petal color. Believe that it is the Japanese variety kissho kan. There are pups but I don't think they would take too kindly to me...

Keep them coming. folks!
Posted by Blue Heron at 3:18 PM

Brother mine, I get total hip replacement and bursitis removal on January 3. Another doctor who says that I can thank mom for the arthritis that seems to affect me every where. And no pain pills until the surgery.

I hope that it all goes easily and well for you, Liz.