My van is pushing 170k and things are starting to break. I couldn't open the driver door the other day, plastic pin had broken inside. I finally rolled the window down and opened it from the outside. Bruce managed to rig the thing up with a piece of wire. Struts exploding, side doors melting down, I can feel the end approaching. 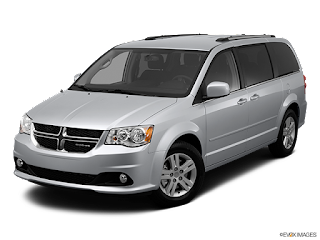 Of course Dodge won't build the best selling minivan in America anymore, my Caravan, because they don't make enough money on it. So I won't be able to purchase van number three of the vehicle that has pushed more antique dealers around this country than any other.

I am going to buy another car and try to baby this one along, just use the van for shows. Seems like I throw a twenty dollar bill in the gas tank every day, the mileage is killing me. I would like to have something that I can go off roading in on my photoshoots and not end up in a river getting pulled out by a Navajo with a chain like last year. Something that can handle the road to my home and not be too expensive. Looks good covered in dirt.

So I have been testing cars this week. I drove my friend's Subaru Forester and a friend's Hyundai Santa Fe Tucson. Went to the dealership and tried the Subaru Crosstrek, the Hyundai Kona and the Mazda CX3 and CX5. Drove the Toyota Rav 4. Have a couple more on my list including the just announced Mazda CX30. The Volkswagen Tiguan is probably too much money, the Jeeps have too many reliability issues. Still need to check out the Honda and Kia.

I liked the punch and cargo space of the Forester. All Subarus have an 8.7" clearance. The appointments and drive of the Mazda CX5. It has good ground clearance in 7.9" but a low spoiler which could be a problem.

My problem with the Subarus is all of these scary stories of the CVT transmission dying at about 70k and costing people about eight grand to replace. Nissan's have similar CVT problems.

If I had to make a decision right now I would buy the Mazda CX5. Normal, fixable six speed automatic. Lovely interior. Nice ride, although a little slow off the start.

Big Dave is going to drive one and share his thoughts with me. Try to find a new 2019 all wheel drive for a good price as the 2020's roll in. Very nice car, lovely ride, even in the base, sport configuration.
Posted by Blue Heron at 4:52 PM

We bought a 2018 rav 4 hybrid in February when I had the neck surgery.Love it.had no problems at all. Most important,talk people like us can get in and out despite arthritis. My last car was a 98 maxima,and I would still be driving it if I could get in and out