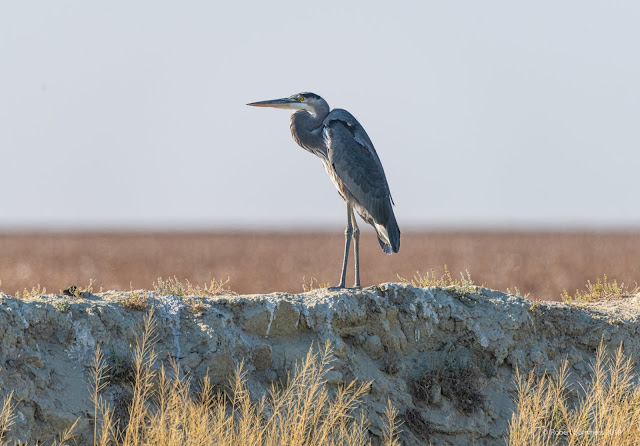 How many times had I passed the sign on Interstate 5 that read Kern National Wildlife Refuge - Sixteen Miles over the years? I did a quick calculation. Figure a minimum of three trips to San Francisco a year for the last twenty five years, by my poor math that makes, let's see, roughly 150 times there and back.

But I had never visited the 11,249 acre reserve before, the San Joaquin Valley refuge once part of the largest freshwater marsh system in the United States. I decided to take the road to McFarland east towards Wasco and have a looksee. Part of what makes me tick, exploring new places I have never visited before. Besides I was early, had an afternoon to kill.

I stopped at the lonely ranger station and talked to the young lady behind the desk. She was wearing a long solid color dress, the kind favored by fundamentalist LDS sects. She suggested auto route #1, a six and a half mile gravel loop. 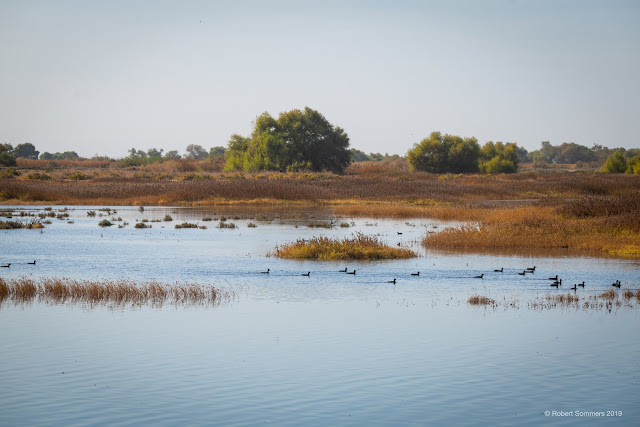 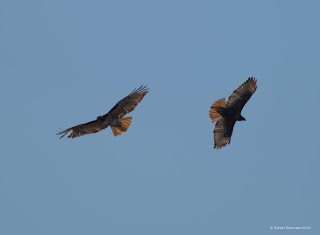 It was a nice drive, a bit bumpy in places. Not terribly rich in raptors this particular day, a harrier or two, a red tailed couple dancing leisurely in the sky.

But I am easily amused, liked having the place to myself. And there were certainly plenty of other birds around.

Lots of ducks, ibis, coots and egrets, the sort of fauna one would expect in a central California marshland. Was quite lovely just for the fact that it had been preserved and not yet despoiled. 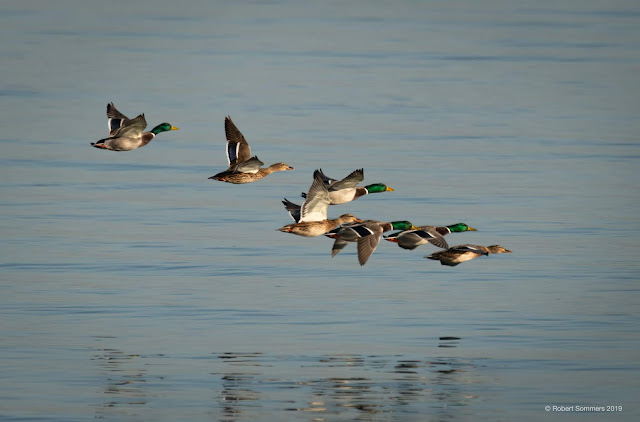 Of course I don't take my super duper fast lens on trips like this. Too expensive to leave in the car. 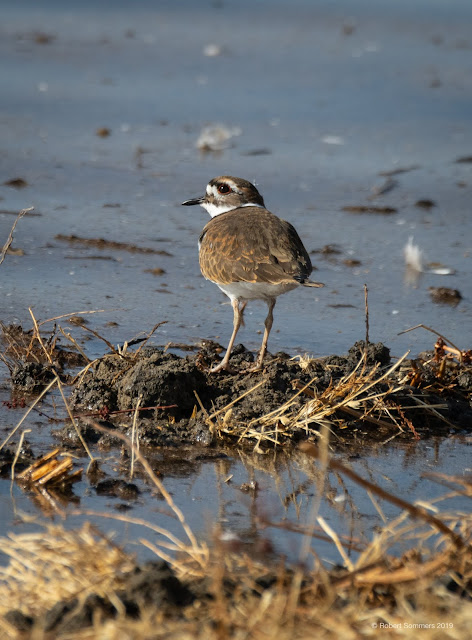 But the old Sigma 150-600mm zoom is still up to the task when not pushed too hard.

Like taking this picture of a pretty killdeer on the shoreline. 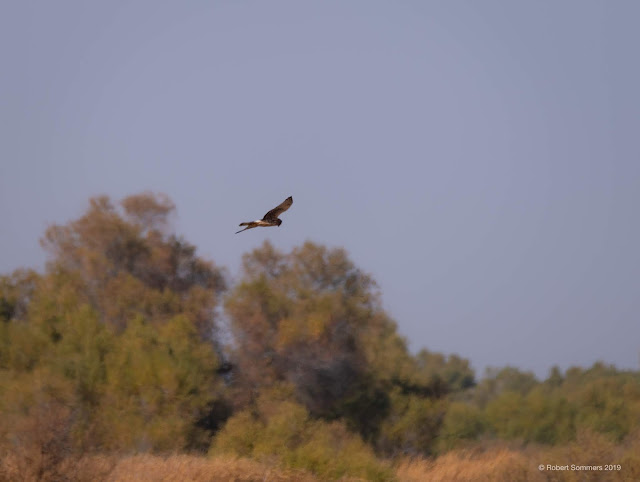 Or this female harrier soaring above a native oak.

It really doesn't take much to make me happy.  Afterwards I stopped back at the station and noticed the sign that the local mosquitos were known to carry west nile virus and to use precaution. Shit. I had been bit a bunch but would have to cross my fingers. Went and took the four mile loop afterwards for good measure.

I continued up Corcoran Road northwards and was treated to a lot of bird life. Tons of egrets and herons on or near the canals and cotton fields. Another new road for me. 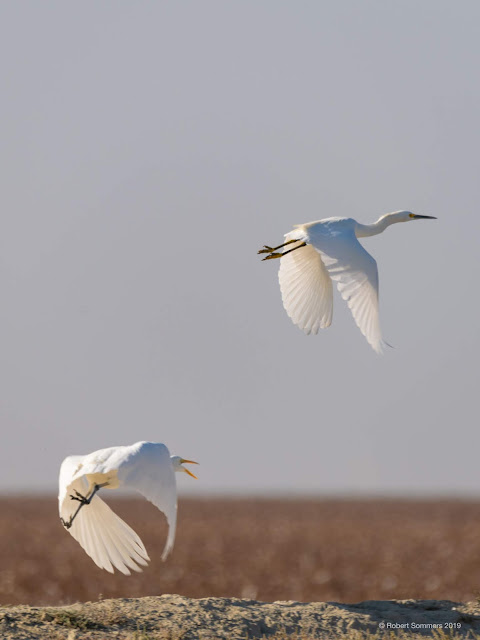 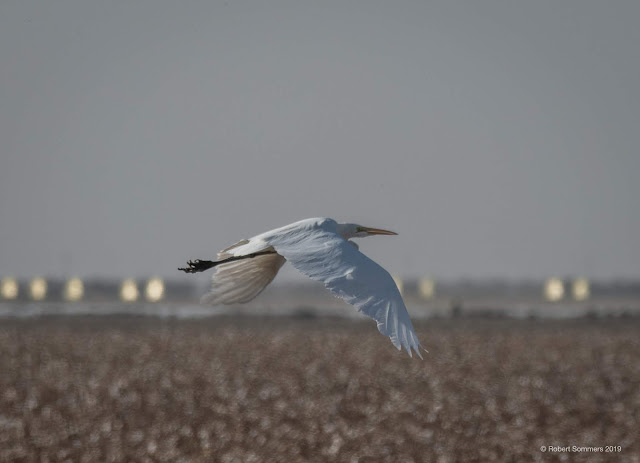 I checked into my hotel, the luxurious Motel Six of Santa Nella. Not a bad room for fifty bucks.

The next morning I left early and made my way through the Pacheco Pass, with my eyes on a sharp lookout for raptors. 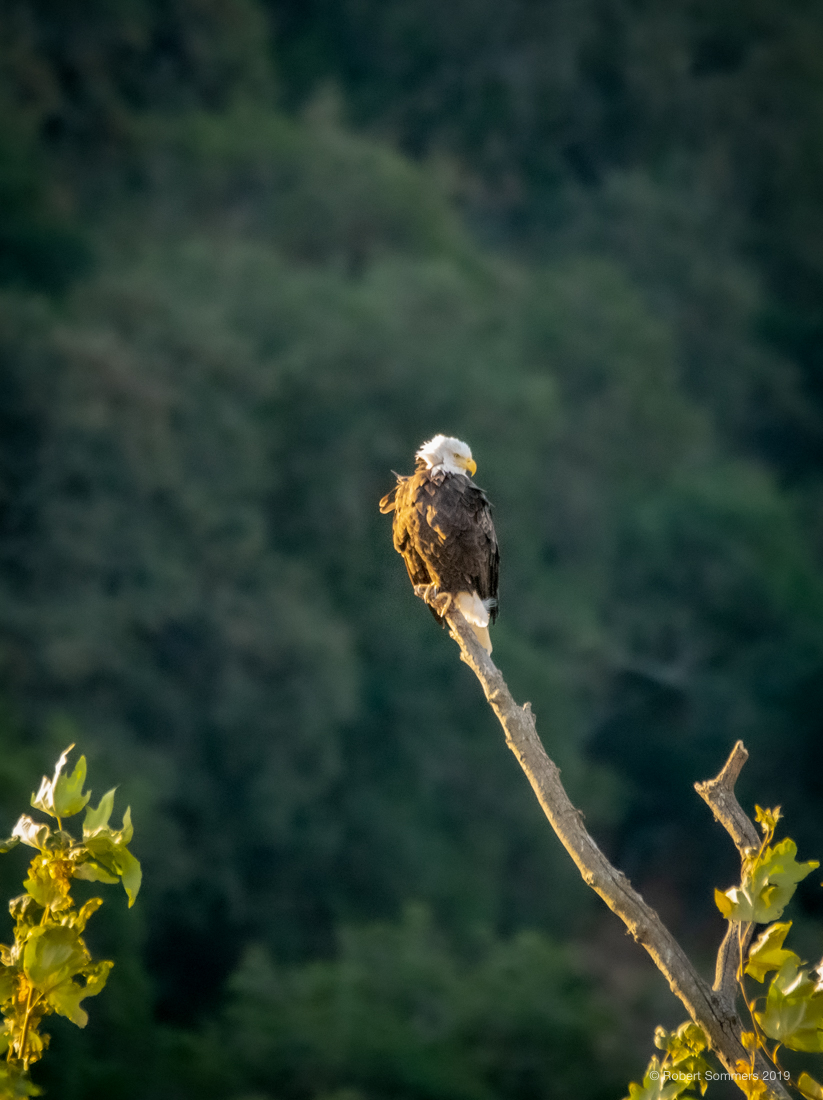 Two of our national birds perched near each other in an old dead tree. 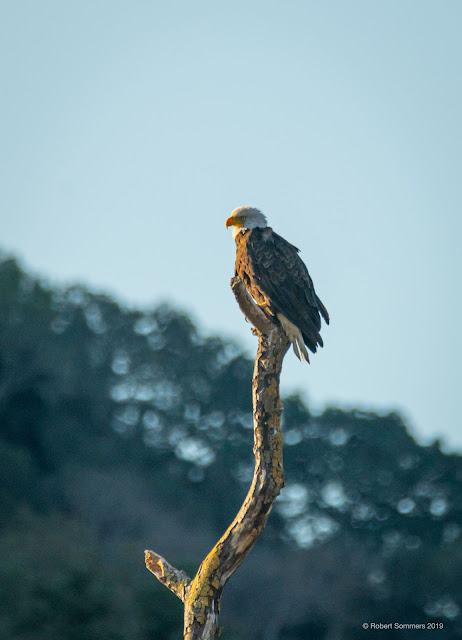 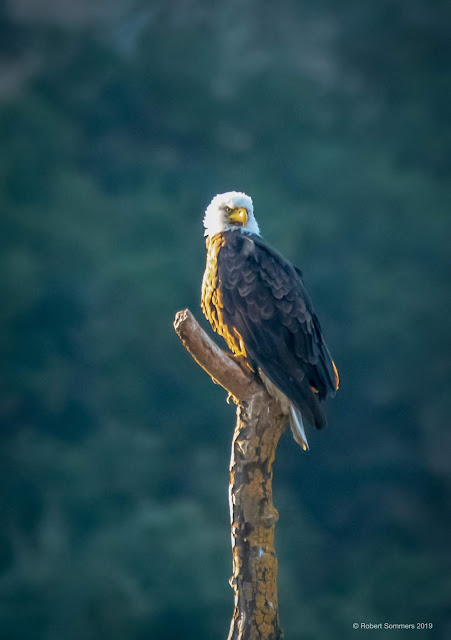 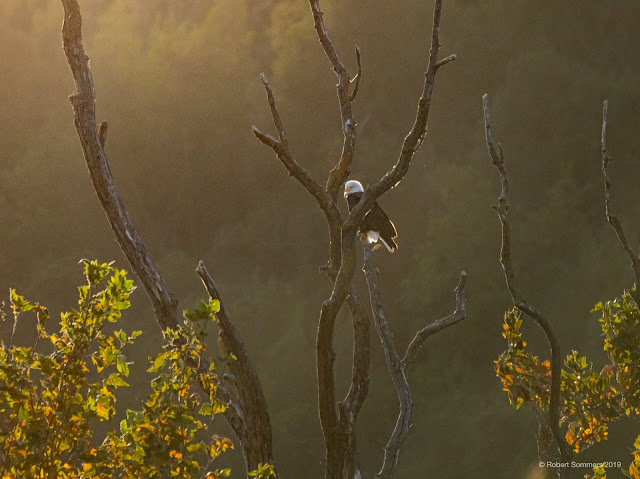 It was dark and the sun was just cresting over the mountain but you get the general idea.  I love bald eagles. Wonder how many people drive by and never see them? 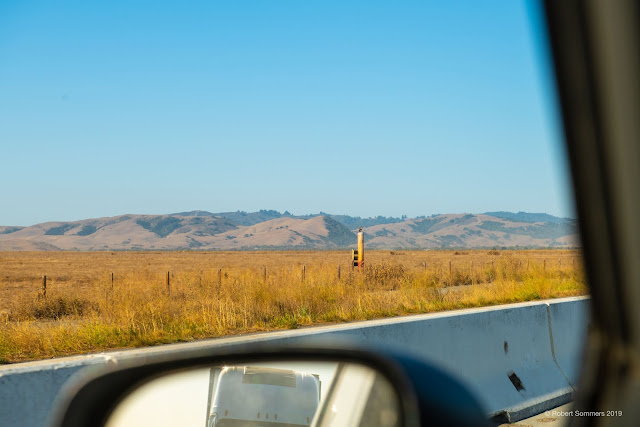 Unfortunately traffic got real dense, it turned out that there was a fatality ahead and the 152 was closed down. I drove to San Juan Batista on the 156 and then up the 25.

Saw more red tailed hawks perched on telephone poles and what have you than I have ever seen in my life. Almost one per pole.

Really enjoyed the story and photos. Now Kern is on my list :-)

I've seen one Bald Eagle in the life so far. I had a fishing pole in my hand and not a camera anywhere. It's glide being within 20 feet was magical. The time and lighting of the afternoon added to the beauty that we witnessed and must have gone through us. My buddy and I had some watery eyes.

My family is from Tulare. I had a grandad born there in 1886. I have known since I was a kid that Tulare Lake was, at one time, the biggest lake west of the Mississippi River.