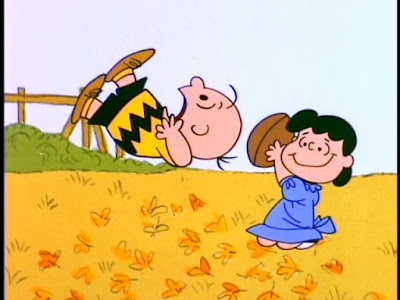 The GOP is suddenly all about unity. I was reading a ridiculous opinion over at The Hill and came across this accurate comment from a letter writer named RGBRAY.

His points are worth remembering. These folks are masters of the sleight of hand, three card monte, misdirection game.

Obama tried unity, but the Republicans sabotaged the bills.

the Recovery Act was made smaller at the GOP's insistence, but more than 99% of Republicans voted against it. On immigration, GOP lawmakers told then-President Barack Obama to focus on security and enforcement first. He met their demands, at which point Republicans killed a comprehensive reform bill anyway.On health care, Republicans pushed for a market-based system, largely dependent on private insurers, and Democrats spent literally months trying to make GOP members happy. It didn't matter. In Obama's new book, he shares an anecdote in which Sen. Chuck Grassley (R-Iowa) was asked whether he'd support a health care reform bill that included all of the changes to the ACA the Iowan wanted to see. "I guess not, Mr. President," Grassley replied.Another Senate Republican from 2009, Wyoming's Mike Enzi, later conceded that he negotiated with Democrats in bad faith, stringing Dems along for months and weakening the Affordable Care Act blueprint, though he didn't have any intention of voting for it.The lesson is hardly subtle: Democrats investing months of effort, and watering down their own worthwhile proposals, is a pointless exercise. As the L.A. Times reported over the weekend, it's a lesson the party has become preoccupied with.

The GOP is the party of "fuck your feelings", "own the lib", and what happened to Merrick F'ing Garland. You don't negotiate with terrorists, you just take them out. Biden and the Dems should use the power they have to pass badly needed assistance for Americans and do everything possible to put the GOPers in a box and keep them there. I'm sick of their hypocrisy.

Over and over, Republican administrations run up a huge deficit and then lecture the Dems for years thereafter about spending. No more.

Time to get tough, no bargaining with criminals and liars

I think Mr. Biden learned about this last time he was VP. The Republicans know this and hopefully they can do some things cooperatively, but if they refuse I doubt Biden will keep trying as Obama did. It's good fortune Biden to be in there as he just might be more effective than Obama due to his long experience with the snake oil salesmen that populate the Congress. Conservative judges will shave off the rough edges of the left and there is the smallest sliver of a chance of some centrist government taking place.