The sky is always falling. 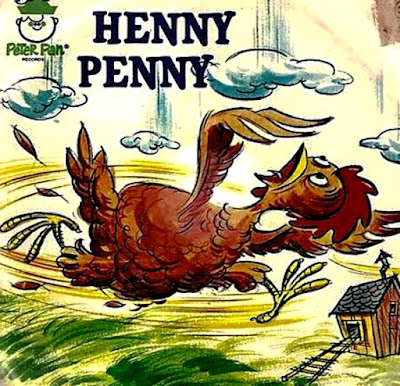 Joe Biden had been our president exactly one day (and yes, he was actually elected) when I saw RNC chair Ronna McDaniel say that Americans were already showing buyer's remorse with his terrible decisions.

The Liz Peeks and Michael Goodwins of this world were quick to pile on with a whole host of negative blather about his failure to unite the country and he hadn't even had time to shave yet.

Ted Cruz did something admittedly dumb in a political sense the other day, he took his wife and kids to the Ritz in Cancun to get out of the cold.

Not exactly a cardinal sin but the left wing media pounced like he had beaten a kitten to death. It was cold and he saw a way to get warm with his family. I get it.

The problem we have today is that every political act is this country is instantly processed by two polarized and equally partisan news silos. It has become so freaking predictable. If MSNBC takes this road, Fox will be on that road. Very few news outlets even attempt to call them down the middle. Huntley Brinkley and Cronkite and those that did are a mere distant memory for a few of us old fogies. Now they are all playing to the home crowd.

As my conservative friend Jeff profoundly pointed out; the media makes a lot more money when we are at each other's throat. And the new installment where Trump and McConnell go at it like they are on Jerry Springer should be great for ratings.

The metaphor of a divided electorate being like a bad marriage is tired but unfortunately true.

And I have been in a bad marriage and I know how shitty it can get, do you? 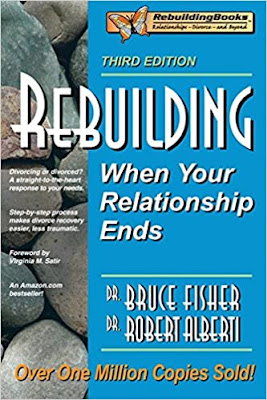 Well when I was, this was the book that got me out of it and kept me whole. Rebuilding: When Your Relationship Ends. Bruce Fisher, Citadel Press (or it was when I bought it for a dollar thirty something years ago.)

This was the best book I have ever read about emotional healing. I have loaned it or recommended it to practically every person I know that has had a break up. God knows where my copy is now but you can buy it cheap. Common as the AA book or Gideon's bible at this point.

But it makes some great points. Like stay out of each other's way for six months and don't pull the emotional scabs off.

The country needs marriage counseling. The current atmosphere is so nasty and twisted and emotionally charged that we stay permanently triggered when we run to our respective corners and media silos to see what the hell is happening in the world.

You can't help but get a twisted view when the people shoveling it down our gullets have such an obvious agenda. And I should add, when we are so easily manipulated.

So let's take a time out and try to stay away from killing each other for a round or two. Rope a dope, bob and weave and try to play nice. The conservatives didn't invent nastiness and neither did the liberals. But there are forces out there who figured out they could make a lot more money if we were constantly at each other's throats.

You have to have noticed. We have an awfully lot invested in how rotten the other side is and it is honestly really tiring.

Hopefully one day we can find the more respectful middle again. The last eight years have been rather bruising. Let's try to heal, shall we? And for god's sake diversify your sources of information. Start listening to the other side. Maybe they have something legitimate to say?

Getting people pissed off has been a moneymaker for awhile. Both sides do it since anger is a great motivator although I see the right creating a bigger infrastructure for keeping the WASP male agitated all the time. As the idea of compromise has shriveled in proportion to the success of the anger vendors we have gotten into more and more trouble. These days my view is that there is a huge outrage industry that will get richer and richer the more attention I pay to it. I keep trying to back far enough away to see that center left and center right have more in common than they realize. I am also starting a go fund me page to work on reconstructing Ike from his DNA.

We cancelled our cable tv service yesterday. Left and right are two sides of the same corrupt coin. Once vaccinated, you can find me on the East Cape of Baja catching up on some much needed snorkeling and fishing. I'll leave it to the next generation to haggle over this mess.

Leftist media called for Trump's impeachment minutes after he was elected as Obama, Biden and others plotted against his Presidency; a call to arms which was answered by and made for folks like yourself who were relentless. Don't expect a smooth ride or any kind of unity - it won't happen. You people guaranteed that it won't and you should expect no different.

Suit yourself. M.A.D. Like repubs treated Obama any differently? Birtherism, pictures of him eating watermelon and as a bush doctor, McConnell and his one term president remark? Remember any of that? Obama couldn't get a single GOP vote on anything. You are such a stupid hypocrite.

You could make a very good case, as many "leftists" did, that Trump was 1) unqualified for office and 2) had failed to turn his business over to a blind trust, as every president is required to do. Those were sound bases for objections the minute he was elected.

"Hey Russia, if you have Hillary's emails, I want them." Donald Trump

Why are the biggest bullshit writers always anonymous? Oh wait, I think I know why. They know they are dumbshits.