I have been so busy cataloging and photographing new collections that I have purchased recently that I have really not had time to breathe. 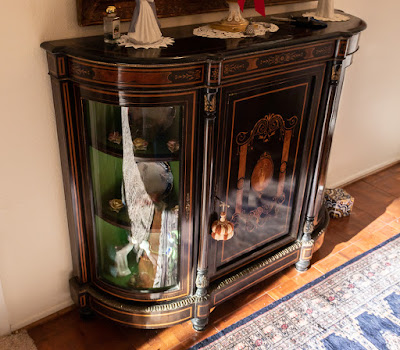 I have two virtual shows opening up next week. I would say that I am about sixty percent ready for them.

I have about sixty items finished for the Native American show, still have twenty seven more to photograph and post for the Tribal and Textile show.
Both shows have great dealers but the latter has some of the biggest international dealers in the world.
Definitely need to step up my game, not look foolish amongst these people.
Can only do my best but this is new territory for me.
Anyway I am really lucky to have found some incredible material of late and it is moving, even in the pre show virtual setup.
Everything now is gravy but I am a very competitive person and always want to do well. But I am absolutely exhausted.
*
Interesting week in the valley. Was driving home the other night and I saw a fat and incredible black and white tail disappear into the bushes.  Not familiar to me. I looked it up and it turned out to be a large ringtail, a rare nocturnal animal that I don't think I have ever seen. 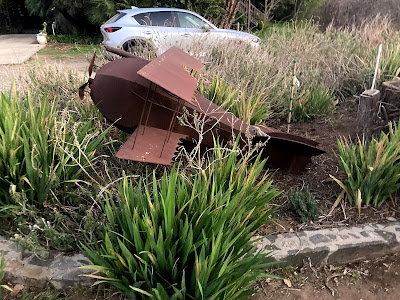 A very nice guy named Todd helps me around the ranch. He is an arborist and a little whacky at times.
We have a Mr. Douglas Eb sort of relationship if you know what I mean.
I was talking to him near my front flower garden the other day when he said that he didn't want to alarm me but that there was a hawk sitting between us, right by my old metal airplane. Said he had a small bird in his talons.
I walked around and sure enough he flew off. Could not have been more than a foot from me. 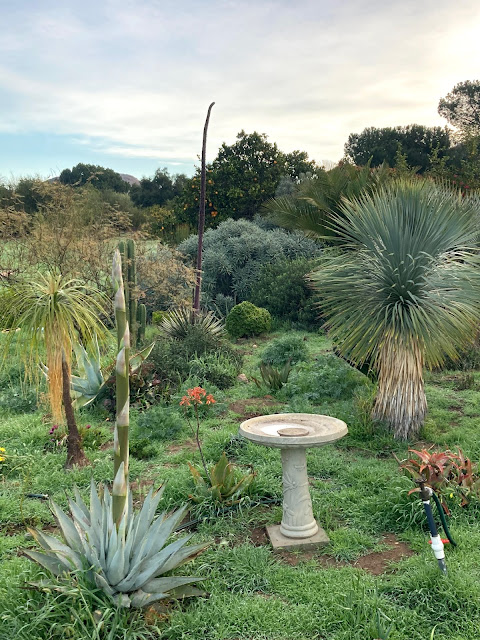 My variegated agave marginata now has not one flower spike but two. 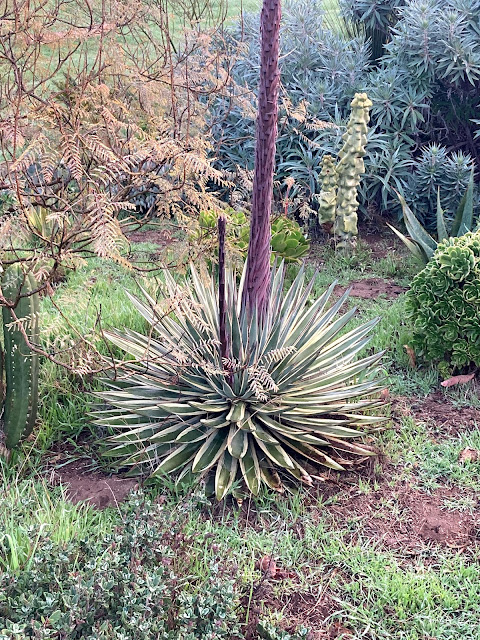 It is not supposed to even have one at this age. It doesn't care. It wants to bloom.

We had a nice light rain last night. I think I see a multitude of wildflower seeds I cast around popping up. 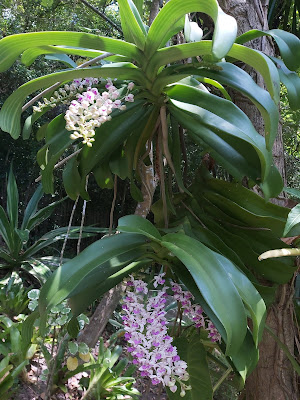 Shawn sent some pics from his garden in Thailand. Puts mine to shame. But I don't live in Thailand. 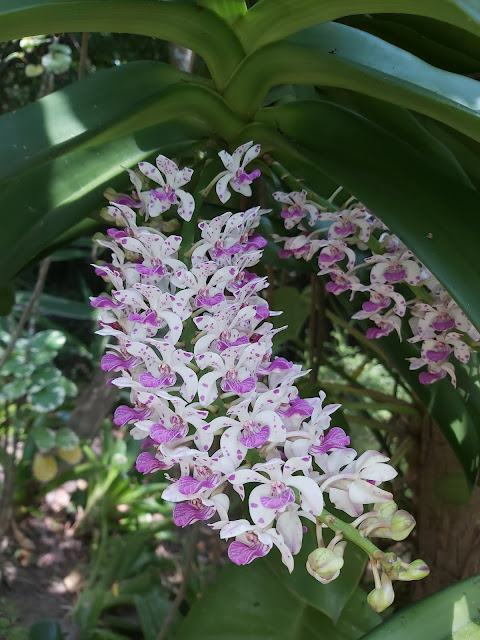 Not much else to report. Almost made a very expensive dumb buy today, turned out to be a fake. Was rescued at the eleventh hour. Need to get back to work but no gas in the tank, will try again tomorrow. 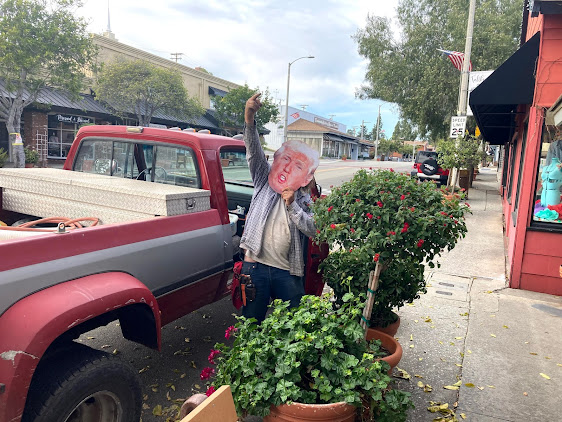 This is my neighbor of thirty years, Brian.
Definitely Fallbrook grown and one of a kind.
* 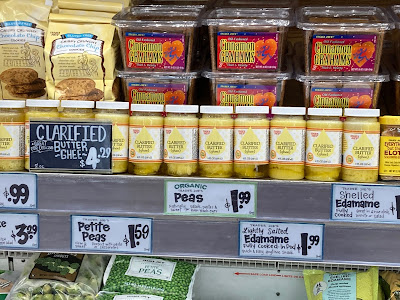 I have been seeking solace and wisdom and really didn't know what to do next. Sort of at the end of my rope.
So I went to Trader Joe's today and just stared at the clarifying butter. I didn't move for twenty minutes. People had to angle their carts to get by me.
But I would not be dissuaded in my search for satori.
Didn't really work. Nothing got any clearer to me. Will hang out longer next time.
*
I know that I am late to the party but I love the Mandalorian. And I haven't liked the Star Wards franchise for a very long time. What amazing production value. If you haven't seen it on Disney, do so. And in the words of Nick Nolte's character, Kuiil, I have spoken.
Posted by Blue Heron at 4:37 PM

Here is hoping you do great in the online sales!!!