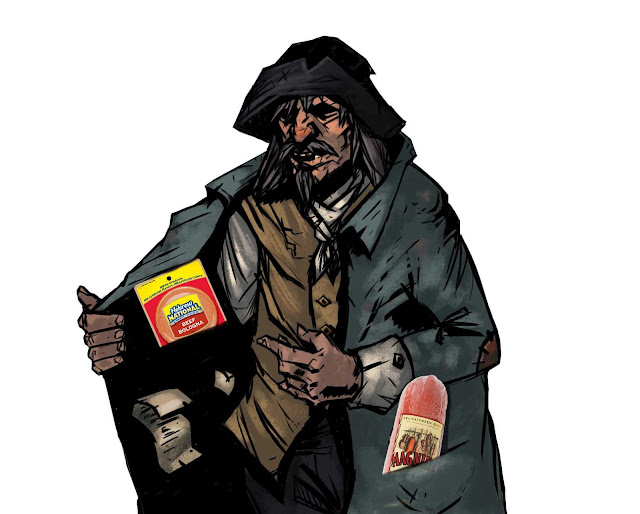 You can take my bologna when you can pry my cold dead fingers from around it.
Nearly 200 pounds of illegal Mexican bologna was confiscated by U.S. Customs and Border Protection agents at the New Mexico/Mexico border, the agency confirmed in a release. | Fox News
"When knockwurst is outlawed, only outlaws will have knockwurst."
*
As Trump's businesses struggle, his single most profitable asset is at risk. Poor guy. Should be interesting when the creditors come calling. Three guesses which group the MAGA heads will blame?
https://www.nbcnews.com/news/us-news/trump-s-businesses-struggle-most-profitable-asset-his-real-estate-n1257456
*
fecal cleaving
https://www.buzzfeed.com/terripous/poop-knife-reddit?utm_source=dynamic&utm_campaign=bfshareemail
*
Stingy GOP skinflints
The Lousy Tippers of the Trump Administration
"They were exhausting, impossible, stingy, and cruel, just like at their day jobs."
*
Mild symptoms my ass...
Ron Wright R.I.P.
*
In the best news this week, Leslie's criminal case was dismissed by the judge regarding the fake assault at her store on/by the Q spouting Trump supporter. Such a relief. Thankfully the eyewitness stepped up... Actually the assault was very real but my wife was the recipient of the attack and only defended herself.
*
"Ecstasy without agony is baloney." Diane Jacobs
Posted by Blue Heron at 9:23 AM

That explains the bologna scarcity.

I loved this! Good ol’ NM . I’m surprised there weren’t any chicharrones in the haul...

I am trying to get my head around just what "illegal Mexican bologna" might be. Does it have non approved insect carcasses in it? Too much hair?

I was wondering what you were doing on the Mex/NM border...and why you were confiscated ! (hahahah) Ü (you asked 4 it...)

Good on Lesle! Good ??? From Anonymous: what were you doing at the NM / Mex border???

Great news for Leslie...I had no doubt that she would prevail! Glad the witness did what was right and stepped up to tell the truth!