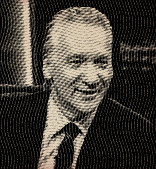 Bill Maher's show had some interesting perspective last night, one that I largely agree with. I cut and paste from Fox:

"Blind hatred of America is just as blinkered as blind love. And we Americans should really get some perspective about where we live," Maher began his monologue. "Watching this shit go down in Afghanistan, I was reminded lately of every conversation I've ever had with an immigrant, almost all of which if we got to really talking, included the notion, ‘Oh, you people have no idea. All you do is bitch about and badmouth your own country, but if you knew about the country I came from, you'd stop shitting on your own.’"

"Last week, the Taliban murdered a comedian," Maher said, referring to Afghan comedian Nazar Mohammad, who was tortured and executed. "A comedian, a thing like that really hits close to home for me. I've had two presidents up my a--. … Neither experience was pleasant, but I never had to worry about being dragged 'til I'm dead behind a Toyota Tacoma. Have a little perspective about the stuff we howl about here."

"I'm sorry your professor said something you didn't like. That won't be a problem with the Taliban because you're not allowed to go to school. In Saudi Arabia, grown women can be jailed for doing the kind of things we think of as routine without the permission of a male guardian. China rounds you up if you're the wrong religion and puts you in camps," Maher said before listing several other injustices around the world.

Maher told his viewers, "If you think America is irredeemable, turn on the news or get a passport and a ticket on one of those sketchy airlines that puts its web address on the plane. There's a reason Afghan mothers are handing their babies to us. And we should take them. Americans, right now, should take in Afghan refugees into their homes and into their neighborhoods."

"We're not the bad guys. Oppression is what we were trying to stop in Afghanistan. We failed, but any immigrant will tell you we've largely succeeded here. And yet, the overriding thrust of current ‘woke’ ideology is America is rotten to the core, irredeemably racist from the moment it was founded and so oppressive, sexist and homophobic we can't find a host for the Oscars or 'Jeopardy!'" Maher exclaimed.

And this is where your new [Afghan] roommates that you took in will prove so valuable because they'll turn to you and say ‘Have you people lost your fucking minds?!?… Have you ever heard of honor killings, public beheadings, throwing gay men off of roofs, arranged marriages to minors, state-sanctioned wife-beating, female genital mutilation, marriage by capture? Because we have.'

"What's the lesson of Afghanistan. Maybe it's that everyone from the giant dorm room bitch session that is the internet should take a good look at what real oppression looks like," Maher continued. "Ask your maid, ask your Uber driver, ask the Asian woman giving you a massage. … America may not be the country of your faculty lounge and Twitter dreams, but no one here tries to escape by hanging on to an airplane. No, we wait 'til we get inside the plane to fight – and only because they cut off the beverage service."

Salon - Evangelicals and the vaccine

And so it starts... sounds pretty persuasive to me.

During an interview with The New York Times, published on Wednesday, a spokesman for the Taliban said that "music is forbidden in Islam."

Zabihullah Mujahid, who is seen as a likely contender for the new government's culture minister role, told the paper that the Taliban is hoping to "persuade people" not to perform music.

Under the previous period of rule, the Taliban banned all music, apart from some religious chants, according to The Guardian. Cassette tapes were destroyed, musical instruments were forbidden, and even captive songbirds were outlawed, the paper said.

It's not only music that the Taliban intends to crack down on. According to India Today, female voices on TV and radio channels have also been outlawed.

So true hopefully Americans will wake up to what real problems are not what gender or the other small distractions. We are watching a glimpse of where the US will be. That is real problems. If we keep dividing over such stupid stuff we will be screwed! Let’s all get over ourselves quit playing the victim or we will really become the victims!