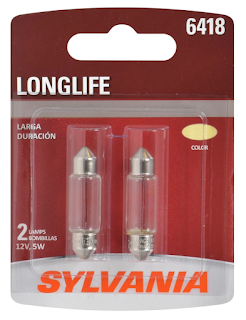 I received the new license plates for the ProMaster and stuck them on the van today. I had a dashboard notification the other day that one of the license plate bulbs was out so I bought some new ones at O'Reilly.

I watched a YouTube video about replacing them and made a feeble attempt before calling my friend Tom over to help. He futzed around for about twenty minutes and finally managed to replace it.

Tom is one of these guys with an angelic diet, hardly eats any meat, sweets, etc. I thought I would tempt him over to the darkside by inviting him to accompany me to the new Winchell's for a donut.

Neither of us had ever been there and I wanted to see how it was. We have a great donut shop in Fallbrook near Major Market and I was wondering if it would give them any real competition. I hear that their bagels are decent.

I ordered a glazed and a croissant, Tom had a chocolate glazed. I bought a small container of milk. I asked the girl about their most popular donut, a crumb filled and said what the hell, throw that in too. If you are going to sin, you might as well make it count.

I must tell you, the local donut shop has nothing to worry about. I ate the crumb but both the croissant and the glazed were so oil filled and inedible that they quickly found their way to the closest trash bin. Drank the remnants of the morning's cold coffee to try and wash out the aftertaste. Probably will never go back.

There was an estate sale of fine art in Fallbrook this week, a bit of a squirrelly event, I think. It was advertised on EstateSales.net. Grasons put it on, it continues this week. Estate of a lawyer named Ippolito, I did not know him personally.

There were about ten or fifteen things I was interested in, was third in line when it opened last Wednesday. I talked to the owner of the estate sale company, a franchisee and affable guy. I told him I found it curious that so many items came from the Palm Springs Stewart Gallery, at least one of them something I had previously sold them.

Anyway, none of the pieces I was interested in were actually on the floor. I wondered what was actually going on and told the owner that something felt very strange with the sale. Where was the Spruance, the Rockwell Kent?

I ended up buying four items but was a little put off by the omissions. Nick said that they would be out the next day. I got there first thing, only to find Stewart Gallery owner Phil there early and all the pieces I was interested in now marked sold with his name on them.

It was the old bait and switch, the deal had obviously been made prior to the sale. Didn't seem real square to me. I guess that is his choice to make but please let the rest of us know and don't waste my or our time next time. Don't advertise items for sale when you have no intention of selling them to the general public.