I have learned a few things during my sixty three years on the planet but have to admit that any understanding of a deity or supernatural creator is way beyond my pay grade. Not saying there is, not saying there isn't, telling you I don't know and that I don't plan to spend a lot of time worrying about it if there is one.

Have probably offended "papa cloudsitter" long ago anyway and am beyond redemption at this point in any case if he, she, they happen to be keeping score.

Still, things happen on occasion that show me that when the universal power is not calling balls and strikes, it has an occasional great sense of humor that can't be explained by mere coincidence. 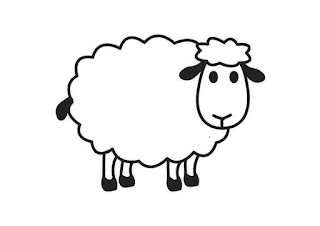 I am in Albuquerque doing a show a few weeks back. An older woman with long straight auburn hair comes into the booth, a woman who looked a bit rough and also like a person accustomed to a life of hard work.
"People tell me I need to talk to you."
I asked her what was up? Turns out she is a sheep rancher from a long line of sheep ranchers in Roswell.
Her mom and dad were friends with the great artists Peter Hurd and Henriette Wyeth. She showed me a metal fireplace screen that Peter supposedly designed for the family and a schmaltzy baby picture of her painted by Henriette that I couldn't see anyone outside the family having any interest in.
Both were nice but without provenance and signatures I have found that such leads are usually not worth pursuing, especially for the huge numbers she was asking for them. I decided to couch the bad news regarding my lack of interest with a bawdy sheep joke or two, just to humanize the situation and to make sure that there were no hard feelings.
A driving instructor asks the sheep farmer if he can make a u-turn? The rancher says no, but I can sure make her eyes bug out.
She laughed and answered me with a similar joke so dirty that I will not repeat it here on my r - rated blog. Evidently sheep farmers can get a little salty. And she was apparently just getting started.
It was at this point in the story that I had the divine visitation or epiphany that has me now questioning all of my prior atheism and lack of faith.
She is on a roll, as I said, and starts off, "There is a sheep and this midget..."
Lightning struck at that very instant and I suddenly felt like Moses on the hill. For at that exact moment in time, an older midget woman walked into the booth. Now what were the chances of that happening? I frantically put my fingers to my lips in a shooshing sound but she could not be waylaid, midget or no midget in the booth, she was going to finish her joke. 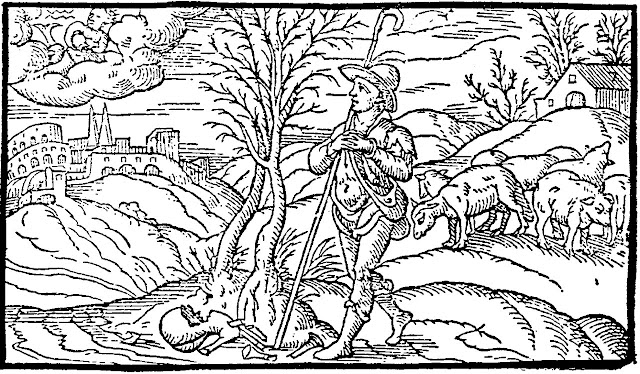 I actually punched the sheep farmer in the arm, which I subsequently grabbed as I led collared and shepherded her to the front door, she would not be muted, all the while she was braying out the punch line to her awful joke, at the top of her lungs, which I wasn't even trying to understand in my sheer angst and terror.
I can honestly tell you that in thirty years or more in the business, I don't recall a real dwarf or midget ever entering my booth until that very second. Ever. What are the odds of seeing one now, right in the middle of a terrible joke regarding the vertically challenged and a sheep?

I know that in an infinite universe these sorts of coincidental random quarks are bound to happen but I am going with divine message, thank you very much. See you in church.

Word to your Mother.

Because I am talking about a quark, not a quirk, it happens in the quantum realm.

You don't know if that person was a midget or dwarf or maybe an adult primordial dwarf? I love looking up stuff like this https://www.youtube.com/watch?v=mfthJSGsC7U and learning about all kinds of different people.
I that was more of a cowinkidink than divine intervention, or anything religious related. Great story.

Synchronicity - weird shit happens all the time. I have had two intense, and completely accurate, premonitions so far,'forecasts' of events that came about years later. That's pretty strange...and I sure hope the third one NEVER occurs. I am not a believer in the 'supernatural' but very strange things sometimes happen. I don't see a connection to 'religion' either. Funny story though.