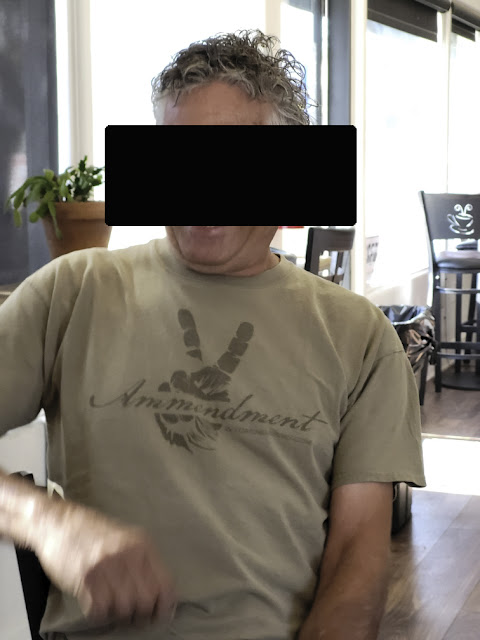 A friend of mine came to coffee this morning wearing this t-shirt, which could either favor a peace amendment or the second amendment but I am betting on the latter.

I believe that the combination of a word and a picture is referred to as semantic compaction but 👁 might be mistaken. Could be a form of ideogram.

What I found particularly funny about the shirt was the fact that the word ammendment (sic) was plainly misspelled and wondered what sort of editor was supposed to originally proof the thing, if any?

If you can't trust somebody with a typewriter can you really trust them with a gun?

You know I am a spell nazi. I asked my friend about it and he laughed.

Said he knew it was misspelled but after all these years, I was the only person that ever caught it.

Not sure why but that doesn't make me feel any better either.