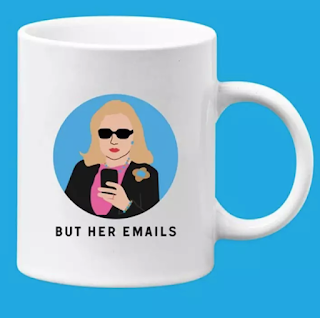 Hillary Clinton was fed to the wolves for using a private email account while Secretary of State.

Ohio Rep. Jim Jordan, who now serves as the lead Republican on the House Judiciary Committee, fumed that “Hillary Clinton gets treated different than anybody else.” Another member of the panel stated, “This is the reason for this hearing – the sloppiness, the messiness, and the ability for a secretary of State to do something that shouldn’t have been done.” Another Republican weighed in, “I want to know about the destruction – the hammering of BlackBerrys.” The panel’s chairman at the time, Jason Chaffetz, who can now be seen espousing self-righteous nonsense of Fox News, attacked Clinton, “The secretary had a choice. She chose to not abide by the rules of the State Department.”

Meanwhile, then President Donald Trump allegedly flushed documents legally the property of the National Archives down the toilet, and tore other similar documents into bits, forcing his lackeys to do their best in taping them together for preservation.

Now word comes down that he also illegally took classified documents to Mar A Lago.

The Presidential Records Act requires that official White House materials such as memos, letters, emails and other communications related to the president are owned by the public and must be preserved and sent to the National Archives as historical records. 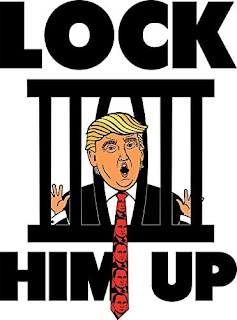 Do you hear anything from his ass licking cronies about his illegal behavior? Those same people who excoriated the former first lady? Of course not.

The Republican led House Oversight Committee held hearings on Clinton's email protocols ahead of Election Day 2016, and it was one Mark Meadows who served on the committee at the time.

By the way this is the same Mark Meadows who later allegedly used a personal cellphone, a Signal account and two personal Gmail accounts for government business while in the Trump administration.

The hypocrisy and shamelessness is astounding. But what do you expect? And exactly how did the saying go? Lock him up!