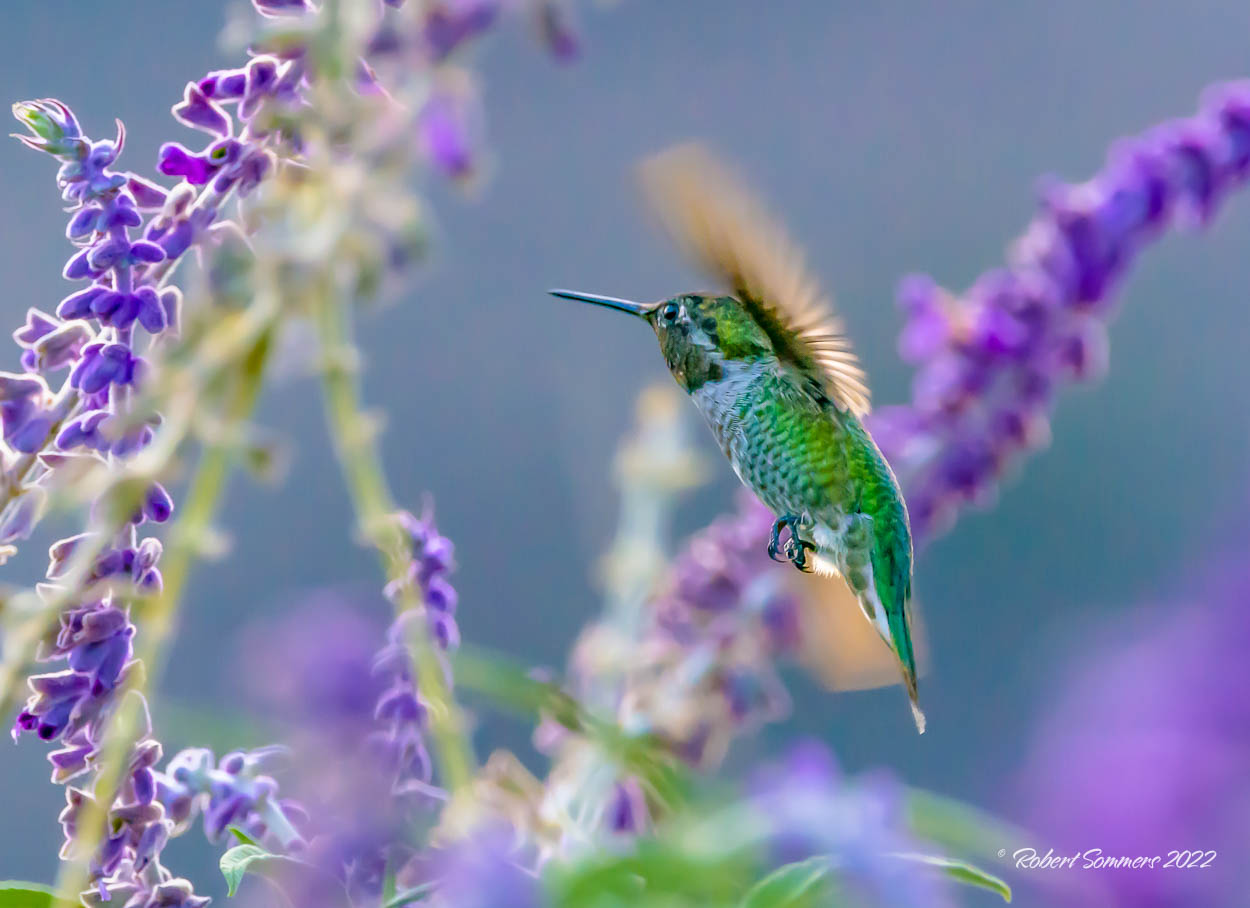 The new masking tools in Lightroom have allowed me to make some improvements in processing some of my older shots. I took this shot in the late evening, soon after I bought my Sigma zoom lens.

I shot it at a much slower speed than I customarily shoot hummingbirds, 1/1000th of a second, ƒ8. I usually shoot them at least 1/2500th of a second, wide open. Hummingbirds beat their wings at somewhere between 50 and 80 beats a second, depending on the species, so you have to shoot fast to catch them.

This Anna's hummingbird is the fastest of all the species. From Birdsandblooms.com:

The swiftest hummingbirds fly extremely fast. Christopher James Clark, who has done extensive hummingbird research at the UC Berkeley, discovered that during its courtship dive, the male Anna’s hummingbird folds its wings in to its sides. It achieves an average maximum velocity of approximately 90 feet per second. This is the highest speed every recorded for a vertebrate, relative to size. Even more incredibly, as it pulls up, with wings spread, the bird experiences centripetal accelerations nearly nine times greater than gravitational acceleration.

In short, hummingbirds can fly faster than a fighter jet, relative to size. They can withstand g-forces that would make the average person black out.

I like the shot because it did not freeze the wings. Instead we are left with a staccato like burst of gradated color and movement, which plays perfectly with the available light. I would not have been able to capture this effect with a faster speed.