One of the greatest things about my job is the fact that I am guaranteed to learn something every week. Right up there with providing my family with a living. Do you realize that the Blue Heron Gallery has been open twenty five years this September? Amazing. We are still around. Who would have thought?

In any case I bought an interesting piece of modernist jewelry this week, paid more than I wanted to for it but something about it had a very unique look. I knew nothing about the artist when I bought it. Now after a little research, I think it is fair to say that she has not yet received the notoriety or acclaim that she richly deserves for her body of work. It is surely coming. 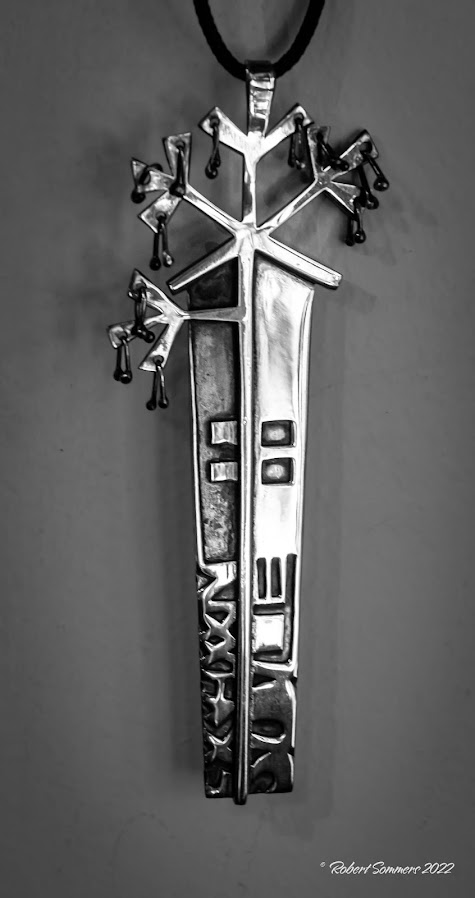 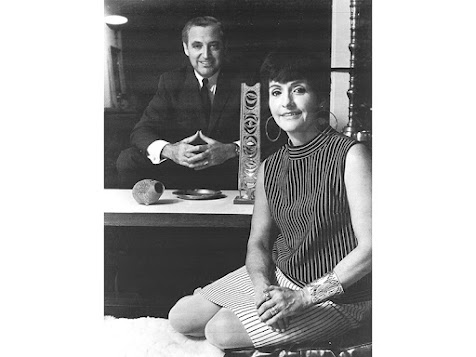 The artist for this relatively long (4 & 3/4") vertical sterling pendent was the late Mary Ann Scherr (1921-2016).
As I dig in to her biography it is readily apparent to me that she was an amazing and groundbreaking artist.
Born in Ohio, she studied at the Cleveland Institute of Art, University of Akron, and Kent State University.
She had an illustrious career that spanned seven decades. She worked in fashion, did murals, designed toys and was a pioneer in metal design. 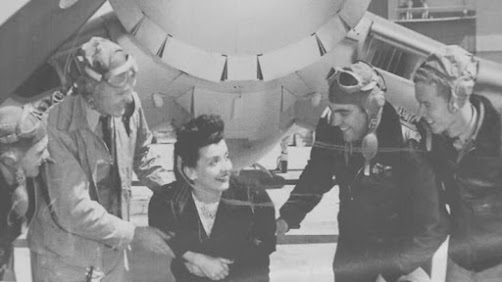 After graduating she worked in graphic design for the navy in World War II producing some very nifty war posters.
Later she worked for Goodyear Aircraft.
She was the first woman hired to the automotive division of Ford Motor Company, where she designed hood ornaments and car interiors.
Later she designed cars for Ford, Lincoln and Mercury. She also worked for Alcoa.
But perhaps her most incredible work was produced when she started making jewelry for patients with medical conditions.  See Space Suits and Gas Masks: Mary Ann Scherr and an Alternative View of Personal Technology - Journal of Design History

In 1963, the United States Steel Company commissioned Scherr to create industrial-style stainless steel jewelry, which became a signature style. In the early 1970s she began making jewelry with either self tracking or medical purposes, the early designs were called "trach necklaces", for people who had tracheotomy surgery the necklace would slip into place with a medical device and cover the surgical opening so the patient no longer felt a need to hide their neck. She also designed a heart monitoring necklace; a bracelet that monitors the pulse rate and displays the results through a light-emitting diode; a pendant with a 10-minute supply of oxygen; a portable electrocardiograph necklace; and others.

I am not sure if the piece I purchased had a medical utility or not, its vertical nature may have easily lent itself to just such a use.
Later Scherr served as the Chair of the Product Design Department at Parsons School of Design from 1979 to 1989. Starting in 1968 and onwards, she taught summer courses at Penland School of Crafts and North Carolina State. Scherr became an American Crafts Council (ACC) fellow in 1983. 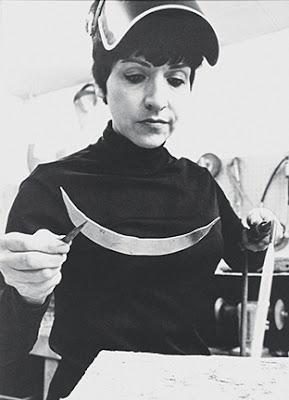 Scherr had a posthumous one woman show at the North Carolina State University Gregg Museum of Art and Design in 2020, All is Possible, Mary Ann Scherr's Legacy in Metal.

The more I see the more fascinated I am in learning more about the work of this great artist. Here is an excellent article that gets more in depth into her work.
Endless Possibilities: The Fearless Creativity of Mary Ann Scherr 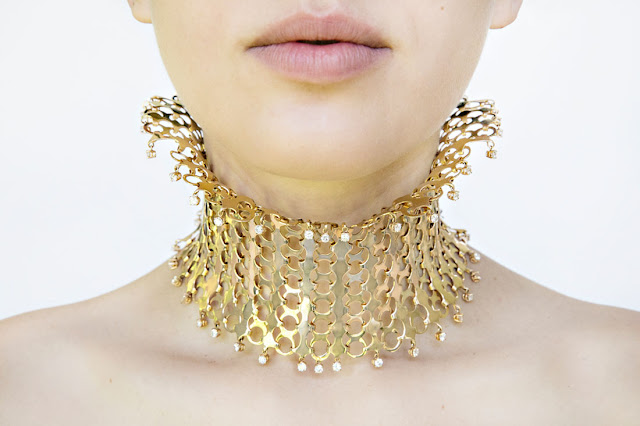 I was fortunate to stumble into your gallery 18 years ago.
I love it...a collectors dream.
This is an example of the your knowledge and good fortune.
See you at the Modernism Show as you start the next twenty-five years.
JS

Thank you very much! That is very kind!

I'm glad you're still here for me to get to know and enjoy. I love the necklace and had never heard of Scherr, but she was obviously very good at what she did and influential.
~ Diane O

She is amazing. Wish i could afford that necklace. Probably good that I can’t, seem I don’t leave the house

"One of the greatest things about my job is the fact that I am guaranteed to learn something every week. Right up there with providing my family with a living. Do you realize that the Blue Heron Gallery has been open twenty five years this September?"

I think you misspoke-it has been in business but not always open-except by appointment. It could be the business has only been open for 6 months in those 25 years.