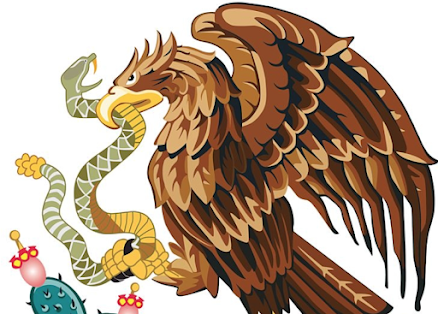 Lourdes Maldonado. José Gamboa. Margarito Martínez. Heber Lopez. Roberto Toledo.
These are the names of the journalists who have been killed recently in Mexico. Two more were injured but fortunately survived horrible attacks. These were heroic people, good people, courageous writers and photojournalists who knew that they faced dire consequences for being honest and battling corruption in their country and yet continued to speak the truth.
Mexico is such a mess. Five journalists have already been killed there in this very short year. Forty three days. And last year was even worse.

At least three of those killed this year had been enrolled or in contact with a $23m-a-year federal program to protect journalists and rights defenders. Lot of good that did.

So what does the President of Mexico, Lopez Obrador do to respond to their concerns? He attacks journalists for writing about his son.

López Obrador’s attacks on the media come at a time when Mexican journalists are facing an unprecedented wave of violence.

In just the first 41 days of the year, five journalists have been slain. They include Heber López, the director of an online news site in Oaxaca state who was killed Thursday, and Lourdes Maldonado López, an investigative journalist in Tijuana killed last month.

Before she was shot to death outside her home, Maldonado attended one of the president’s news conferences to plea for help.“I fear for my life,” she told López Obrador, explaining that she was locked in a labor dispute with one of his political allies, Jaime Bonilla Valdez, the owner of a media company that had once employed Maldonado.

I do not trust Mexico. And I am sure that the corruption starts all the way at the top of the government, the head of the snake. Life is seemingly very cheap down there.
Once regular visitors, we will no longer travel to Mexico. Why support a country that treats its own this way? 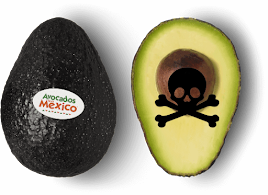 Today the United States announced that it was suspending the importation of Mexican avocados after a United States Agricultural Inspector was threatened.

The U.S. government suspended all imports of Mexican avocados “until further notice” after a U.S. plant safety inspector in Mexico received a threatening message, Mexico’s Agriculture Department said in a statement.

“U.S. health authorities ... made the decision after one of their officials, who was carrying out inspections in Uruapan, Michoacan, received a threatening message on his official cellphone,” the department wrote.

The import ban came on the day that the Mexican avocado growers and packers association unveiled its Super Bowl ad for this year. Mexican exporters have taken out the pricey ads for almost a decade in a bid to associate guacamole as a Super Bowl tradition.

Only two % of the murders in Mexico ever get solved. Ever wonder why?

Friend of mine's neighbor had his expensive car stolen out of his garage in Bonsall last week. There have been a rash of thefts recently, people are casing neighborhoods. Obviously a cartel. The Mercedes was tracked to Mexico the very next day. What a surprise!

1972 people were murdered in Tijuana last year. Surprisingly, this was a down year for murders there. It had been over 2000 and 2200 the two previous years. Marco Ernesto Islas Flores, 31, the son and nephew of journalist, was also killed on February 6, 2022, outside his home in a premeditated hit. There have already been 150 murders in Tijuana this year.

A pox on a country that thinks so little of its own citizens and a government that, at best, turns a blind eye to the cartels.
*
Postscript: Not sure if you can breach the paywall but Nora sent me this interesting article by Wendy Fry, Journalist murders shine a light on blurred role of ‘communicators’ in Mexico. Carrying on in his family tradition, Marcos Ernesto Islas Flores was an "online communicator." Sadly, this probably sealed his fate. I say he was a journalist, for whatever my opinion is worth.
Posted by Blue Heron at 3:46 PM

Just got back from Mexico City. When we got a block from the airport the street was blocked by the police because of a strike about the journalist murders. (that's what we heard- but not sure) I don't know why it was at the airport! We had to walk up a hill with our luggage.
You can say a lot of bad things about Mexico but Mexico City sure loves its dogs. Never, ever saw a stray dog. Lots and lots of dog-walkers and trainers. All the dogs were super well-behaved.
Also they were really into masks and hand sanitizers and taking temperatures.
Mexico has a lot of goods and bads. Not ready to go back for awhile.
Barbara