I am not sure if you remember but I met cousins a few years ago that I did not know existed. My grandmother escaped Poland with one other sister, relatively early, thankfully. There were eleven children in all and a relative contacted me that was granddaughter to an unknown sister that was bombed in the Vistula forest and suffered a brain injury and somehow survived for a time, finally dying in 1941.

Her name was Ruchel. The rest of the family perished at Auschwitz. She had two children, Yosef and Munia. Yosef's daughter is Miriam.

Leslie and I met the whole clan in Los Angeles two years ago. Cousin Miriam and her husband Joseph are great photographers, they have put a book out of their work and are now retired and enjoying the fruits of their labors.

In any case, Miriam found some pictures of my family that I will share with you because face it, I share everything. 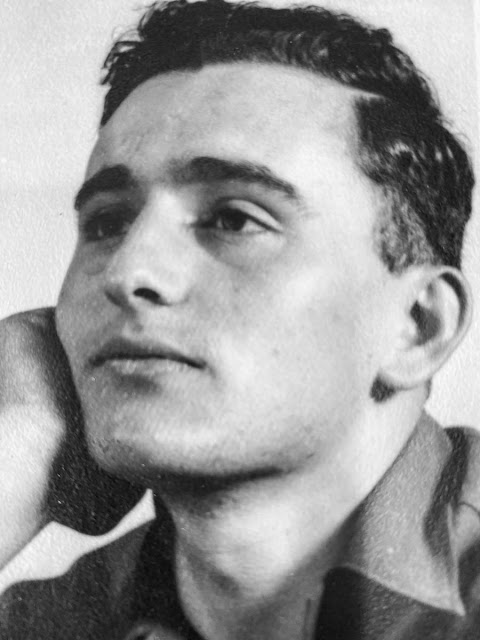 This is a picture of my father Amos. I have never seen it before.
I think he is back from his job as a war photographer in World War II and enrolled at UCLA, where he met my mother.
He played football there, with Bob Waterfield, wrestled and captained the soccer team.
My father emigrated to this country with his parents at the age of 13, from then Palestine. 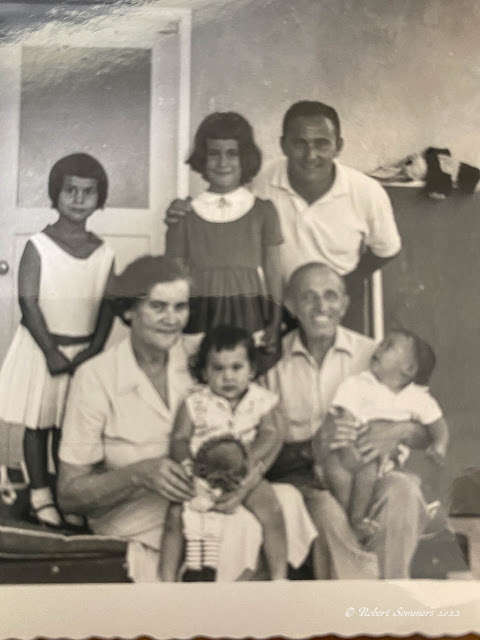 This is a picture of my family with my grandfather Israel Sommer and his wife, Pessa Shkarlat.
They both died long ago.

My grandfather is holding me in his arms, I am gazing back at him.

This is one of the youngest shots of myself I have ever seen.

I vaguely recall it in the recesses of my mind.

The back row, left to right, is my sister Barbara, sister Liz and my father.

My grandmother is holding my cousin Ruth Rubenstein.

My late brother Buzz is not yet born nor is my cousin Debbie Gala.

I am no longer in touch with either cousin for one reason or another. 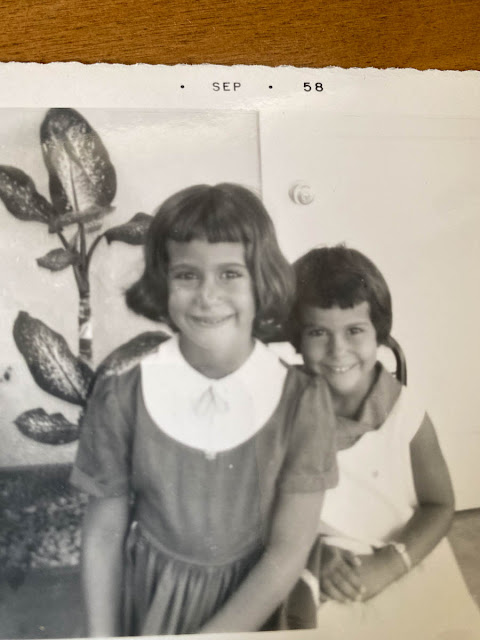 These were taken in September, 1958. I was ten months old. David, or Buzz, would be born eight months later.

She sent me a couple more pictures as well. Like this dated photo of my older sisters, obviously taken the same day. 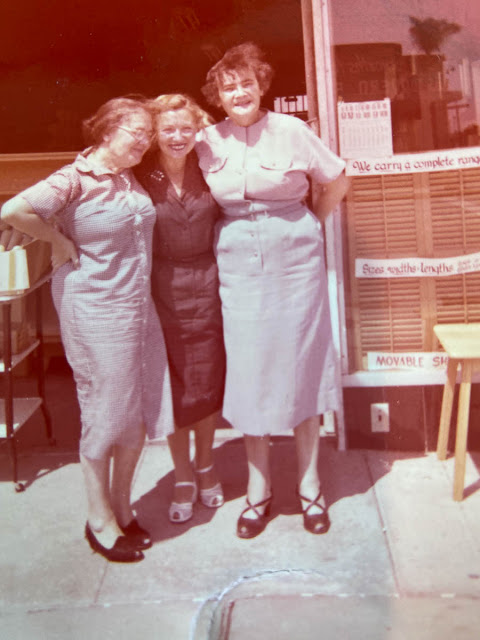 My grandmother is on the right her sister Malka on the left. In the center is Munia, my grandmother's cousin.
I think that my grandmother was born in 1894 so we are about the same age when this picture was taken.
I believe it was taken in front of my grandfather's carpentry and cabinet shop in South Pasadena.
"Measure twice and cut once" was his motto. He was a polyglot who spoke eight languages fluently. 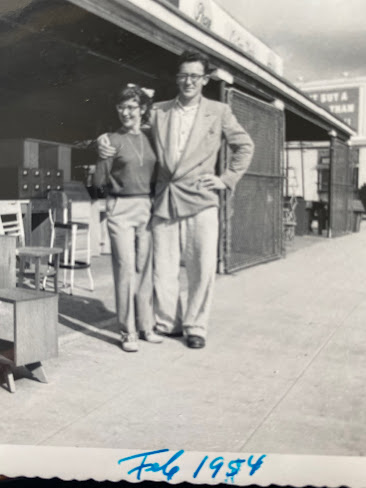 One more picture. Malka's children Ralph Marcus (Marcuschamer) and Maxine Lev. They lived in Van Nuys, both have now passed.
Originally from Detroit, their father and Malka's husband, Julius Marcus, signed the immigration documents so that my father and grandfather could come to this country.
They had a store in downtown Detroit.
I visited Ralph a couple times in the early nineties.
He was actually coincidentally a founding contributor of the kibbutz my brother and I lived at in Northern Israel, Gesher Haziv.
And there you have it.
Posted by Blue Heron at 5:08 PM

Wonderful, Robert. To have these images and this exact connectedness with names and images. Your father was so handsome! You can see his idealism and purposefulness on the inside showing through.... A lovely family history in one post!

Treasured snapshots put the lie to fancy modern photography. With their soft lenses and the effects of time and such on the images magic steps forward immune to all criticism of composition, technique or conservation.

Love this post! Beautiful family photos. Your father was so handsome! And your sisters are darling. Thank you for sharing.

I have never seen those pictures before. Thanks for telling me about them. Has Barbara seen them?

You and your father have the same wistful gaze. Lovely pictures.

It is pretty darn wonderful to see your family and to know some of the history. Thank you for sharing these photos.

What a gift to receive these photos Robert! Your father sure was handsome! My mother was a Rubenstein… maybe some connection back in the old country. LL

I found this testimonial written by my grandmother and her sister in the Wyzskow Yizkor book this evening. Somehow, I had never seen it before. Honor their memory!


We, the two remaining children from our large family, will never forget:

Our father Mendl Skarlat
Who died of hunger in the Warsaw Ghetto.

They all died sanctifying G-d's Name as a result of Nazi murderers somewhere in Poland.

We also remember our sister Khana. Who was taken from us so young.

I think your cousin Maxine Lev looks a lot like Liz.