I hope that you will join me at the end of next week for the Hillsborough Antique Show. I had to miss the last show due to illness, I have not visited for a very long time and I am really looking forward to getting back out on the road and exhibiting.

One of the highlights and new acquisitions from my gallery is this 20 x 30" canvas, titled verso Marin hills at blossom time by Charles Dormon Robinson (1847-1933). Robinson was known in many circles as the dean of West Coast artists. 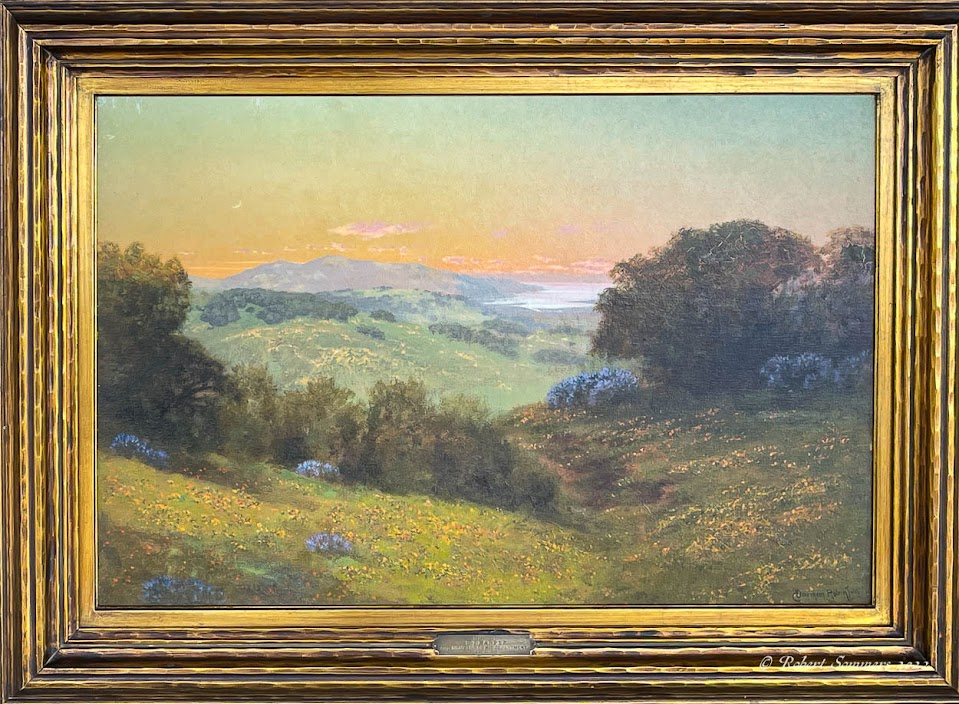 Painted in 1919 and presented as a gift to a Texas Railroad Commissioner, H.T. Harper, it has been pristine and under glass for over one hundred years. I have been told that the view is probably looking down through the Tennessee Valley near Mill Valley. This evening view is replete with a little sliver of a silvery moon. Stunning painting.
From AskArt.Com:

A prolific plein-air painter of western landscape, Charles Robinson earned a distinguished reputation as a California artist, much of it based on his panoramic scenes of Yosemite Valley where he summered for twenty-four years.  He also painted in nearby states including Arizona where his subject matter included the Grand Canyon.  In the 1870s, he traveled in South America and painted tropical scenes of pre-Columbian antiquities.
Charles Robinson was born in East Monmouth, Maine, and his father, David Robinson, was a theatre producer for Gold Rush mining towns and constructed the first theatres and plays for stage productions in San Francisco.  In 1850, his family moved to San Francisco where he was educated in the public schools and grew up sketching harbor scenes.  He took lessons at the age of seven from Charles Nahl, a painter of mining genre and landscape, and earned a diploma at age 13 from the Mechanics' Institute for best marine drawing for a juvenile.
From 1861 to 1873, he lived in Vermont because the family was forced out of San Francisco by threats resulting from his father being on the Vigilance Committee.  On the East Coast, he became the pupil of marine artists William Bradford and M.F.H. De Haas as well as Impressionist George Inness.  He was also much influenced by Albert Bierstadt and James Hamilton.

He lived in Clinton, Iowa from 1873 to 1874 to court and marry Kathryn Wright, and then returned to San Francisco.  He first worked as a retoucher of photos, and he and his wife wrote and did illustrations for Overland Monthly and Century magazine.
By 1876, Robinson was exhibiting regularly as a painter, and in 1880 began making trips to Yosemite Valley. He was also in Paris between 1899 and 1901 and offered the Paris Exposition in 1900 a painting of Yosemite that was 50 x 380 feet and weighed five tons. When the committee rejected the panorama, he cut it into pieces, which he sold for passage money home.
In the earthquake and fire of 1906, many of his paintings were destroyed in a warehouse where he had thought they would be safe.  In 1921, a fire in his home destroyed twenty years worth of Yosemite paintings.  He died May 8, 1933 in San Rafael, California.

I have quite a bit of exciting new early California work, including pieces by Maynard Dixon, Clyde Forsythe, Thomas Hill, Percy Gray, Mary DeNeale Morgan, Joe Duncan Gleason and two very early views by Frederick Schafer (1839-1927), one of Mt. Rainier with Indian encampments and another of Mt. Lassen prior to the 1915 volcanic eruption.

I hope that you can come visit! let me know if you need a pass and I will try to get you one. 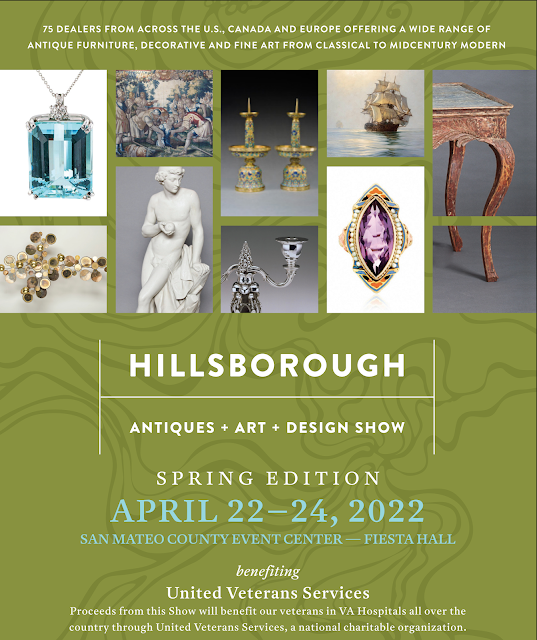 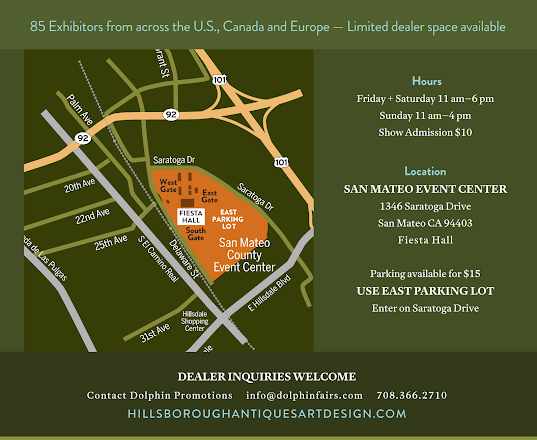 Your Painting looks to be of Mt. Tamalpais. “ The Grey Lady “. Reclining - her head and flowing hair on the left or South Perhaps done from near Vallejo and the Bay Marshes with a slight catch of the North Bay. Just a guess. I hike there a lot and that’s my guess.