"At the height of the British Empire, just after the First World War, an island smaller than Kansas controlled roughly a quarter of the world’s population and landmass. To the architects of this colossus, the largest empire in history, each conquest was a moral achievement. Imperial tutelage, often imparted through the barrel of an Enfield, was delivering benighted peoples from the errors of their ways—child marriage, widow immolation, headhunting."

I sent Will C. the excellent article on British colonialism from the New Yorker, The British Empire was much worse than you realize and got this note back from him: 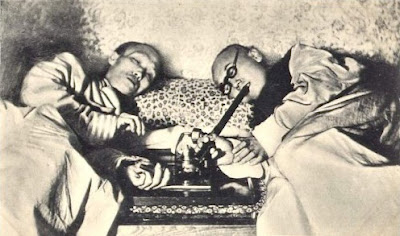 Here is a must read about Britain’s 19th century rape of South and East Asia. I’m still pissed off about it. The book is titled The Opium Wars: The Addiction of One Empire and the Corruption of Another. We’re all still paying for their sins.

A fascinating look at the other side of the Opium Wars

In this tragic and powerful story, the two Opium Wars of 1839 - 1842 and 1856 - 1860 between Britain and China are recounted for the first time through the eyes of the Chinese as well as the Imperial West. Opium entered China during the Middle Ages when Arab traders brought it into China for medicinal purposes. As it took hold as a recreational drug, opium wrought havoc on Chinese society. By the early nineteenth century, 90 percent of the Emperor's court and the majority of the army were opium addicts.

Britain was also a nation addicted—to tea, grown in China, and paid for with profits made from the opium trade. When China tried to ban the use of the drug and bar its Western smugglers from it gates, England decided to fight to keep open China's ports for its importation. England, the superpower of its time, managed to do so in two wars, resulting in a drug-induced devastation of the Chinese people that would last 150 years.

In this page-turning, dramatic and colorful history, The Opium Wars responds to past, biased Western accounts by representing the neglected Chinese version of the story and showing how the wars stand as one of the monumental clashes between the cultures of East and West.

II
I am not bagging on the brits. Whose hands in this world of ours are clean? Certainly Leopold II's record in the Congo make the brits look like choir boys. An estimated ten million natives dead when the Belgian King was finished.
But definitely something to learn about. It sounds like a very interesting read. When I was in Kenya I heard about the other side of the equation from Mau Mau guerrilla fighters who were there in 1961. Was not pretty. 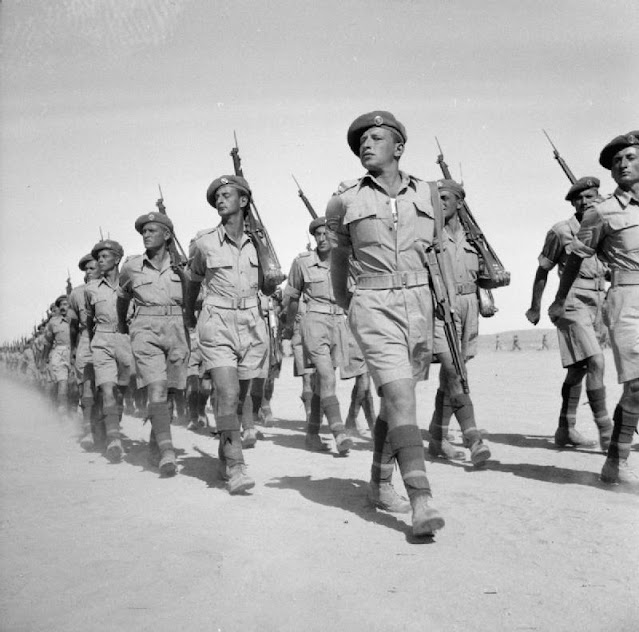 Re: the first article which deals with the Palestinian Mandate, I should mention that my father told me that as a Jewish child in Palestine in the twenties and thirties, he feared and hated the British.
Furthermore he said that the animosity between the two peoples was far, far worse than it was with the local arabs. He said that the British could be quite brutal.

I always recommend Collins and LaPierre's Oh Jerusalem for more information on that particular subject.

Take up the White Man's burden—    And reap his old reward:The blame of those ye better,    The hate of those ye guard—

Odd tidbit found out about the UK recently...

If you thought it was strange seeing BET on every other commercial on the tube,
when the African American community here is only 10%-13% of the population, in the UK
it is the same on the BBC, and the make-up of blacks there is only 3%.

Sooner than later the market will rise up and put an end to this...non-African Americans
and Brits are being put out of work by this affirmitive action, and they won't stand for it.

Empires are usually built by terrible people. And one cannot justify the Brits behaviour.
GB was the dominant (if misguided) power in the world at the time and exploited this to the full.
What bothers me is that learned people don't seem to know what the country is called.
I would love that it was only England (England, the superpower of its time,)
It's not an easy thing but I believe Scotland, Wales and England became known as Great Britain early in the 18th century.
Then became the UK of GB and Ireland in the early 19th Century.
When I see people writing articles about "England" I wonder about the quality of the rest of their research...

The information (and its hiding) about the torture of Kikuyu in Kenya in the late 1960s into the 1960s was long denied to exist - or that it even have happened. Actual torture and moving people out of their villages into fenced camps may have given the U.S. ideas about how to handle the Vietnamese.

The Brit who 'invented' many of the interrogation techniques in Kenya denied the use of torture, of course. It was only when the government finally admitted the existence of zillions of documents (many times the number were incinerated in Kenya before the Brits left), and the 2009 trial, that the claims of old Kenyans re: their torture was verified.

Along the way, the huge (miles of shelving) stash of documents for 37 other former colonies was discovered. These are still providing the basis of research for many historians.

As to the comment of Scrota Voce, above, I suspect it is the same in the UK as in the United States: many, if not most, of the jobs done by peoples of color are jobs the rest of the population will not do for the wages being paid. Here there are few whites working in the lower levels of the construction trades, if you want your snow removed or your grass cut good luck finding anyone other than a Hispanic to do it, when the gal comes to clean your hotel room she is invariably a woman of color and when those animals enter the slaughterhouse to be killed and dressed for our retail consumption it is done by men & women of color.

I would agree with the last if I had not traveled through fly-over country and stayed at hotels and motels along the way...quite surprised to find none other than non-African American and non-Hispanics working in every level of menial labor, in America's bread basket it is egalitarian and there is no 'caste' system.

If you want to broaden your viewpoint of American life, get off the coast and see
reality. It seems only 'blue' moated cities have trapped minorities in penury.