I was engaging in one of those imponderable rock and roll questions with a couple buddies the other day. I said, if you had to pick one of these powerhouse rock and roll drummers to start a band, which one would you pick? Who was the greatest?

Now there are all sorts of people we could have added to the list, Carl Palmer, Neal Peart, Stewart Copeland, Ringo and Charlie but I wanted to be concise. I actually had somebody instead of Bonham picked but I honestly forget who I had proposed. I stuck him in for the rest of you, was never really a big Zeppelin fan.

My first friend said Baker, he thought the Cream stuff was more powerfully drummed than even the Who. Funny enough, my old guitar teacher, who is also a jazz drummer, said neither Baker or Moon kept good time. You want time, try DeJohnette, Porcaro, Elvin Jones, Tony Williams or Gadd. Joe Morello for feel. But this is the hard rock category.

Not that it matters but I love Mitch Mitchell the most, think he was the greatest power Rock and Roll drummer ever. Had to be to play with Hendrix.

My second friend said Frosty. And I thought, you know, good answer. 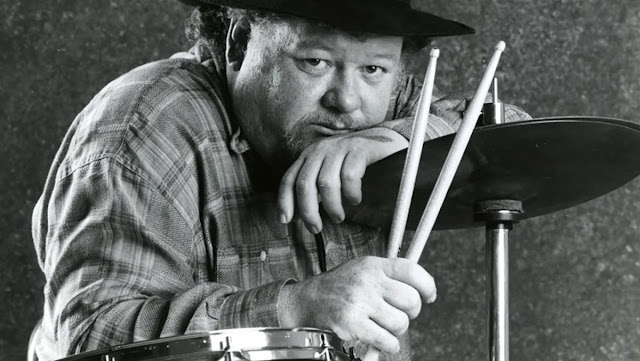 From the list you provided I'd have to pick Keith Moon. Although not my favorite person he had incredible natural talent that few, if any, in rock have equalled. With that said, I completely love Mitch Mitchell....it's hard to image a better pairing than he and Jimi! The same can be said of Bonzo and Zeppelin and Ginger and Cream....they are all such integral parts to their bands sounds. Switch em up and it just wouldn't have been the same. Loved your nod to Frosty and the video link you provided....great stuff!