Google must be tweaking it algorithms again. The blog is what, going in to its fiftteenth or sixteenth year? I forget now. In the beginning nobody read me, then about 400 people a day, then 600, 800, suddenly it cascaded into several thousand a day.

It was ridiculous frankly. All the attention and exposure increased my internal pressure, was no longer writing for a captive audience. I would look some fact up on the internet and often be directed to something I had written and I know I ain't no authority.

But then about ten years back, they changed the way they did business. They ratcheted the Blast down. The blog has now been in a six hundred to 1500 view a day pattern for over a decade, with occasional spikes and lulls.

I am not sure what happened but the hit counter is climbing again. Over 5000 6000 today.

Big jumps in attendance. I'm spreading like a virulent, heeb virus. I am not sure why, since feedjit went under it has been tough to see exactly where the hits are coming from? I used to love my peeps from Ulanbatar and the more remote stations on this earth, can't track the micro hits anymore.
But there has been a lot of new traffic from Israel, Japan and Sweden of late. These people obviously can detect brilliance when they see it. 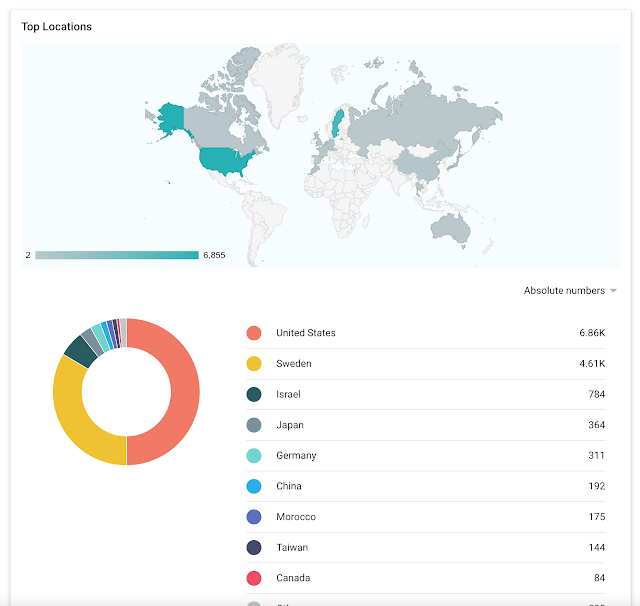 It is certainly flattering to have people (not to mention a few bots) paying attention. I put a lot of work in and thank you for sharing time with me.
best,
Robert
Posted by Blue Heron at 12:52 PM

i see the united states but not alaska lol